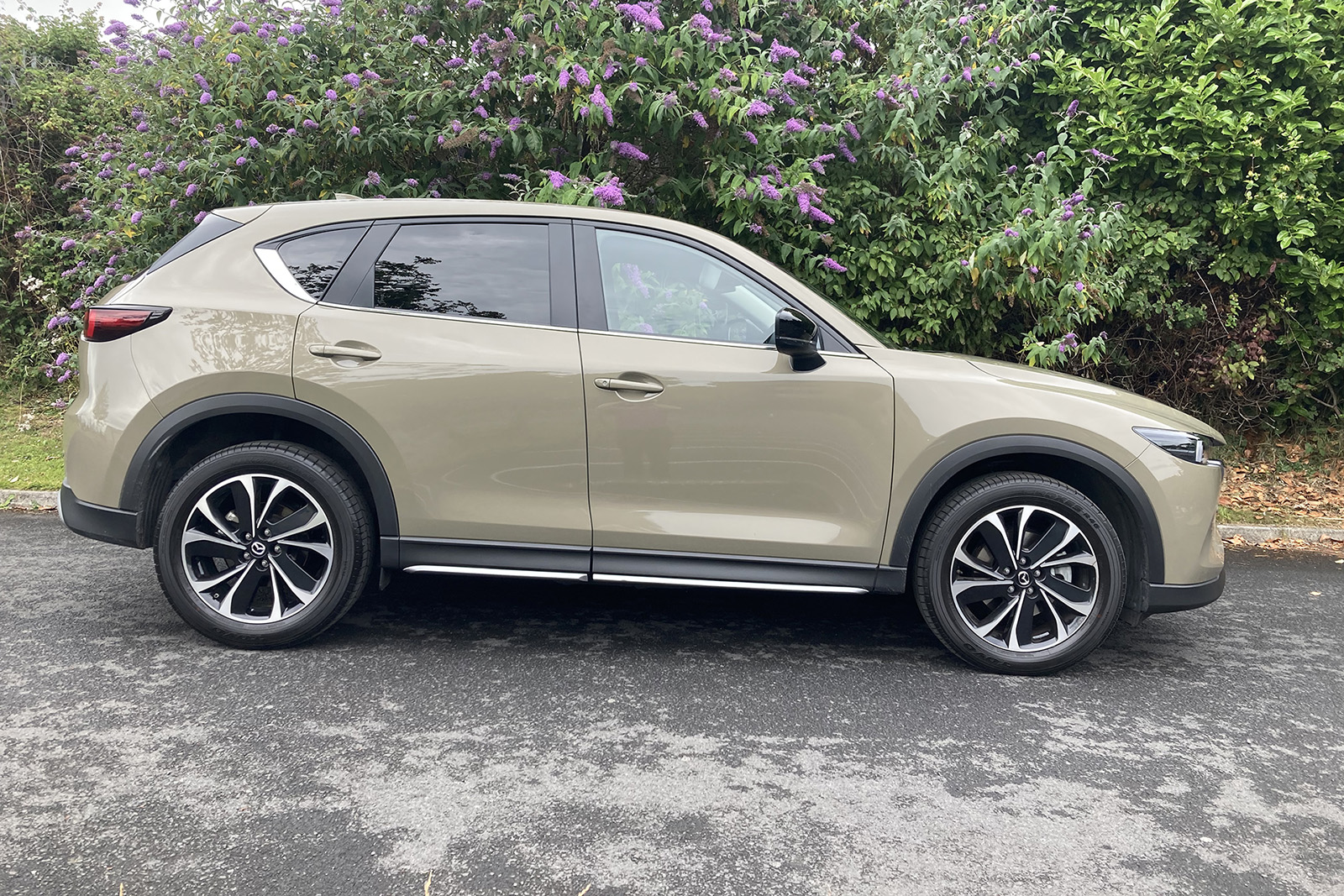 Forget all the talk that only electric cars will be on sale from 2030. Forget also about hybrids, plug-in hybrids, self-charging hybrid and mild hybrid. If you want a car that will keep going for at least two weeks with a full tank of diesel, buy a new Mazda-CX5.

Yes, no ‘range anxiety’ in a good old-fashioned diesel, which I noticed last week was much the same price as petrol at the garage forecourts.

Mazda are calling this version ‘New Ground’ and my test car came in Zircon Sand Metallic. It was an unusual colour, but not too far from the Mocha-coloured Ford Focus my daughter drives.

The people in Mazda Ireland tell me that the manufacturers had originally chosen the name Active Edition, but changed it to New Ground with the intention of the grade appealing to those interested in active lifestyles or maybe drivers who wish to adventure to new grounds.

The CX-5 was launched in 2012, we got a second edition in 2017 and it got a facelift at the end of 2021. When I first drove the CX-5 I thought it was a bit like the Qashqai, but now I realise it a much chunkier car than Nissan’s best-seller.

When launched ten years ago, the CX-5 was Mazda’s first model to feature the ‘Kodo’ design language. It was also the first model to be fully developed with a range of technologies branded as Skyactiv, including a rigid, lightweight platform combined with a series of engines and transmissions to reduce emissions and fuel consumption.

The 2.2-litre Skyactiv manual diesel version that I drove last week was certainly frugal with a capital F. Plenty of power under the bonnet with 150 brake horse power and the road tax is €270.

Externally it’s a very impressive looking car. Inside the seats are black, but there is a nice touch of lime-green stitching which does brighten the décor. The air-vents on the dash are also coloured lime-green and the roofline is white, all of which helps to brighten the interior.

There is a relatively small infotainment screen on the dash, much smaller than many other modern cars. The screen doesn’t fold down. You also get plenty of cup-holders and storage space in the cabin.

The boot is massive and there is a huge ‘well’ to accommodate a spare wheel, but sadly no spare is supplied. So once again the best advice I can give is that if you are buying new, haggle with your dealer for a spare wheel, even a mini one would be better than those dreaded repair kits.

It’s a chunky motor and I liked the way the side mirrors fold-in when the car is locked. However, no reversing camera, just sensors.

Prices are increasing in all sectors of society. Looking back at my review of the CX-5 from 2012 the prices back then were 25k for petrol and 29k for diesel. In ten years, the price has climbed to €43,325, but of course you are now getting a much more modern car.

The CX-5 came with Proxes R46 tyres. Proxes, like Mazda is a Japanese company.

Going back to my opening paragraph I do realise that we all need to reduce our carbon footprint if we want to save the world. Will that mean less cattle and more electric cars!