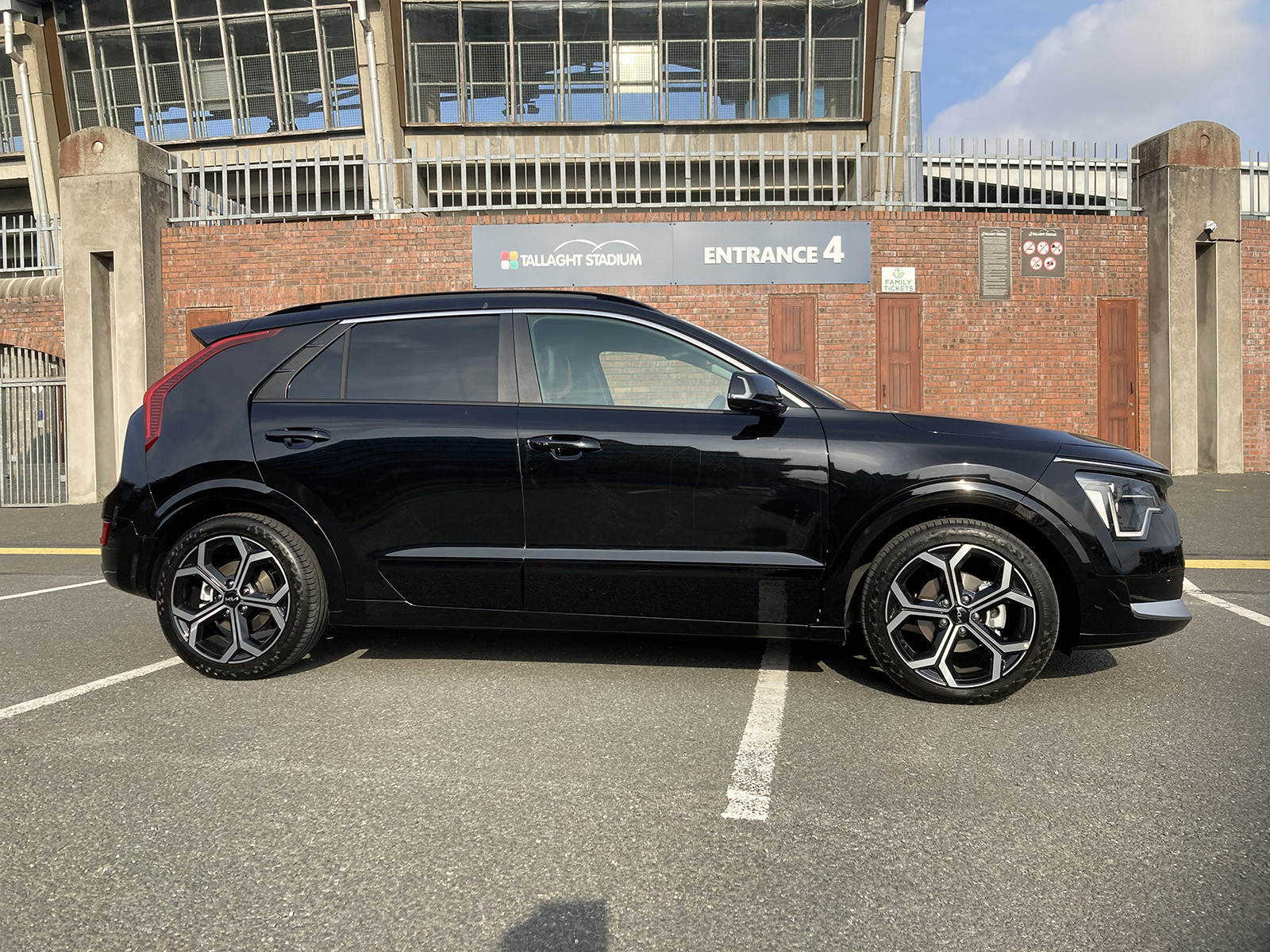 On the same day in June 2019 when Kia launched two new electric cars on the Irish market, the e-Soul and the e-Niro, the Government announced ambitious plans to have one million electric cars on Irish roads by the year 2030.

There were approximately 2.7 million vehicles on Irish roads at that stage and only 5,000 of those were electric. So, if were to achieve the Government’s target, every new car being sold in 2019 and 2020 would have to be electric.

Kia, who are now the fourth best-seller in Ireland, behind Toyota, Hyundai and VW, are certainly playing their part in the move to hybrid and fully electric cars.

The PHEV which I drove last week, now has a bigger battery, lower emissions and improved range. It’s an intrinsic model in Kia’s growing eco-friendly line-up, which will include 14 battery electric (BEV) models by 2027.

I’m a bit fussy about colours of cars and when picking up the new plug-in Niro from Kia’s Irish headquarters in Ballymount last week there were a few attractive green coloured models on display. But I picked the ‘short-straw’ and my test car was a black version.

Black on the outside, but the dark interior was brightened a little thanks to a white roofline. The dash is very impressive, but one day I couldn’t get the radio working and could only get the relaxing sounds of nature. It reminded me of Derek Mooney’s ‘Dawn Chorus’ on RTE, but really, do we Irish need to hear the sound of rain!

You may think that I’m being flippant writing about the radio and not the car, but I spoke to a woman recently and she was not a bit happy that she cannot play CD’s in her new car. She is not the only one.

Most plug-in hybrids give you approximately 50km in pure electric mode, but the Niro can now get you 65km in electric. So, if you have a home charger and a short commute to work, you would never need to stop at a petrol pump. Incidentally I found that when the engine switches to petrol it was very frugal.

The Niro is a classy looking motor, and two roof rails add to the elongated look. Massive red taillights, a decent-size boot, but no spare wheel.

It’s a very safe motor. In addition to the reversing camera, if a person or car moves behind you when reversing the steering wheel vibrates. Brilliant idea.

Kia are famous for their seven-year guarantee which is probably now taken for granted.