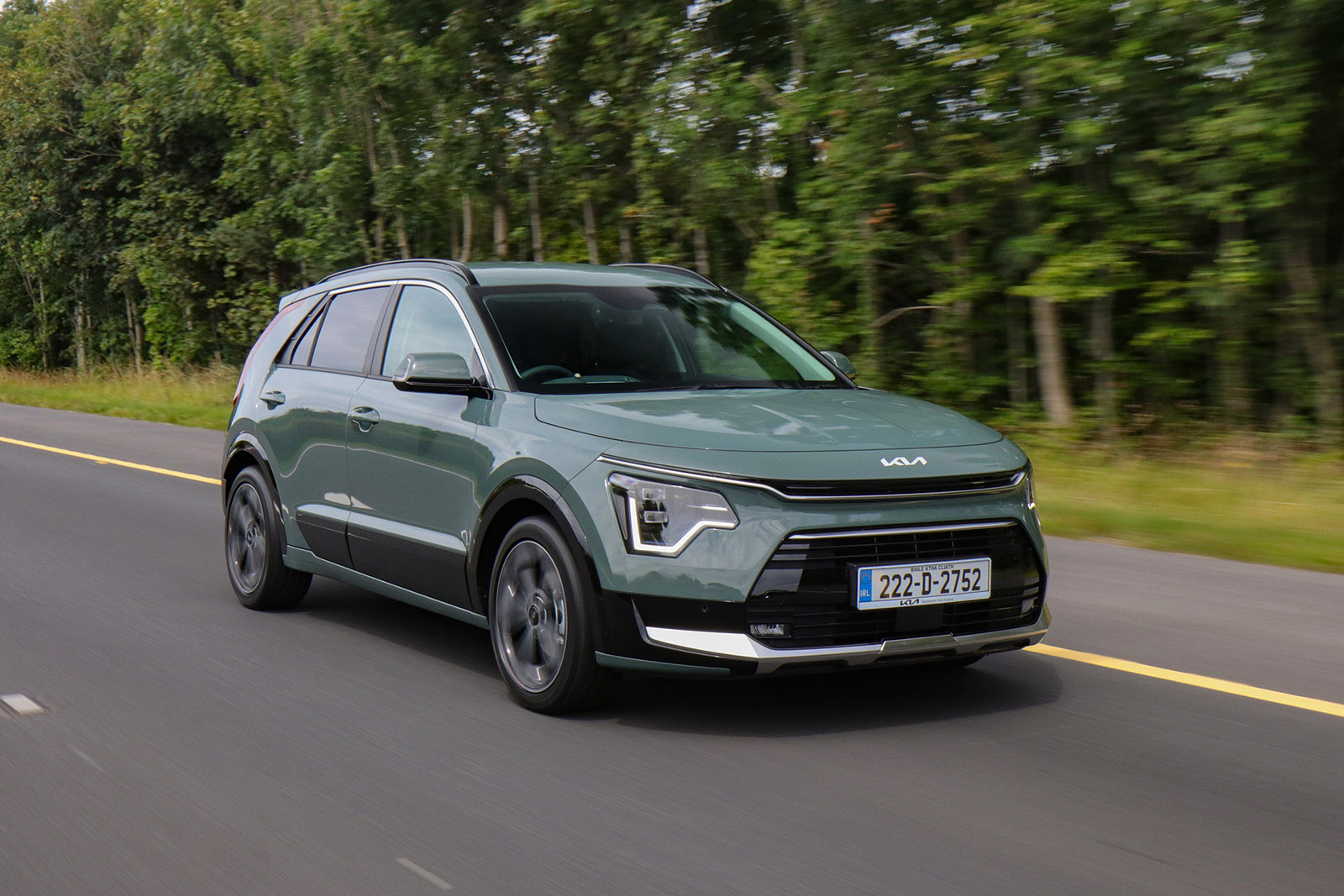 Johnny Cash had a big hit many years ago with the song ‘Forty Shades of Green.’ Nash wrote the song himself in 1959 after a visit to Ireland.

I was thinking of the man in black’s famous song last week after I picked up another green-coloured car. This time it was a Cityscape green version of the fully electric Kia Niro. The previous week I drove an Olivine green version of the Peugeot 308. Green is certainly a popular colour with car manufacturers this year.

There is not much difference between the plug-in version of the Niro, which I drove a few weeks back and the fully electric version, except for the front grille and a few other touches here and there. In the EV version, the grille is a two-tone closed affair; there are different bumpers and model specific 17” alloys.

The charging point is located just under the bonnet and it has a small light to help you with the charger at night. When fully charged you can get up to 460km, which should ease the ‘range anxiety’ we associate with electric cars. And if you can find a fast charger, where there is no taxi driver charging his/her car, then the battery will charge fairly rapidly.

I loved the huge indicators at the back. For an extra €1,000 there is an option of cladding between the indicators and the back door in the K4 version. I have only seen it in photographs but looks great.

Inside, everything is well organised and very bright thanks to a lovely touch of grey on the seats and a grey roofline. The dash is very impressive, but the radio controls were a bit difficult to use. I found the slave controls on the steering wheel the easiest way to change the stations and volume.

You may think that I’m being flippant writing about the radio, but I spoke to a woman recently and she was not a bit happy that she cannot play CD’s in her new car. She is not the only one.

I like the high driving position and you also get a heads-up display right in your line of vision giving your speed and the speed limit in the area you are driving in.

It’s a lovely comfortable car to travel in and believe me that range of 460km makes a huge difference for your peace of mind when driving. Of course, the weather is still fairly mild and there was no need to heat up the car, which when used normally eats into the range available.

It’s also a very safe car. In addition to the reversing camera, if a person or car moves behind you when reversing the steering wheel vibrates. A great idea.

The boot is huge, but as usual with electric cars, no spare wheel. But there is a huge ‘well’ in the boot to hold a spare wheel, if you want to haggle for one.

I drove the plug-in version a few weeks back and there is very little difference between the two models, apart from one being a plug-in and the other a fully electric. I would say that the fully electric version was just a bit quicker off the mark. It could move like a greyhound out of the traps in Shelbourne Park, if required.

Kia’s electric EV6 was named Continental Tyres Irish Car of the Year last year and no doubt the Niro will be in the short list when this year’s winners are revealed on November 11.