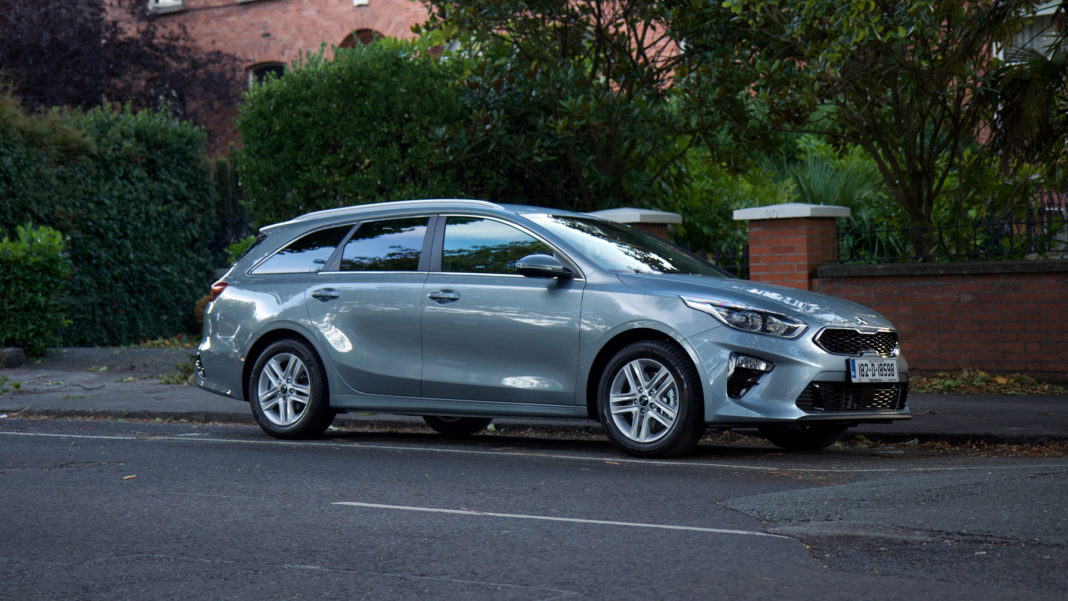 Just when you thought that SUV’s were going to take over the world, along comes a good old-fashioned estate/station wagon, which should cater for the needs of many Irish car buyers, the Ceed Sportswagon.

Kia dropped their famous apostrophe from their title when launching the new version of the Ceed earlier this year; that car has now been included in the short list for European Car of the Year in 2019. The winner will be announced at the Geneva Motor Show in March.

In Ireland the Ceed came second to the Ford Focus in the Compact Car section when the Irish judges voted for the Continental Irish Car of the Year awards in November.

You may think that there is no longer any demand for an Estate, but not everybody wants to be seen driving a SUV. I have read in the past that demand for estates in Ireland is low and less than seven per cent of the Irish new car market is made up of estates or to give them their old name station wagons. Sounds like we are all getting tidier and/or rearing smaller families or maybe the SUV is really king.

I always associate the Estate with small shopkeepers heading off to the Cash and Carry outlet for their week’s supply. Or maybe a man, for it’s mainly a male, who likes to do a bit of fishing and shooting and likes to bring along his golden retriever in the boot.

Naturally the car is much the same as the regular Ceed, but with much more space at the back. Space has always been plentiful in the Sportswagon. Now Kia has expanded the boot space by 72 litres, bringing the space available up to 600 litres. It’s would be almost 1,700 litres with the back row of seats folded down.

The new version of the Wagon is 200 mm wider and 20 mm lower than the previous version. At the back it’s really low and ideal for loading heavy items into that spacious boot. The boot has a lot of sections if you want to transport items of different shapes and sizes. Everything in the boot can be hidden by pulling over the tonneau cover. And the good news is that underneath all that space is a spare wheel.

My test model came in black and with LED lights and externally it certainly looked good. Two silver roof rails added to the elongated look. It had a lot of extras including 16-inch alloy and a reversing camera as standard. Inside the controls on the dash are the same as the regular Ceed. And you get a good old fashioned hand-brake.

Ceed has established a great reputation in Europe and their seven-year warranty has been a great marketing tool. The Sportwagon is a good car and it’s also very good value at those prices. The only downside I have to report is that I found 1.0-litre petrol a bit heavy on fuel in city driving. However, there is a 1.6-litre diesel on the way early in the New Year.