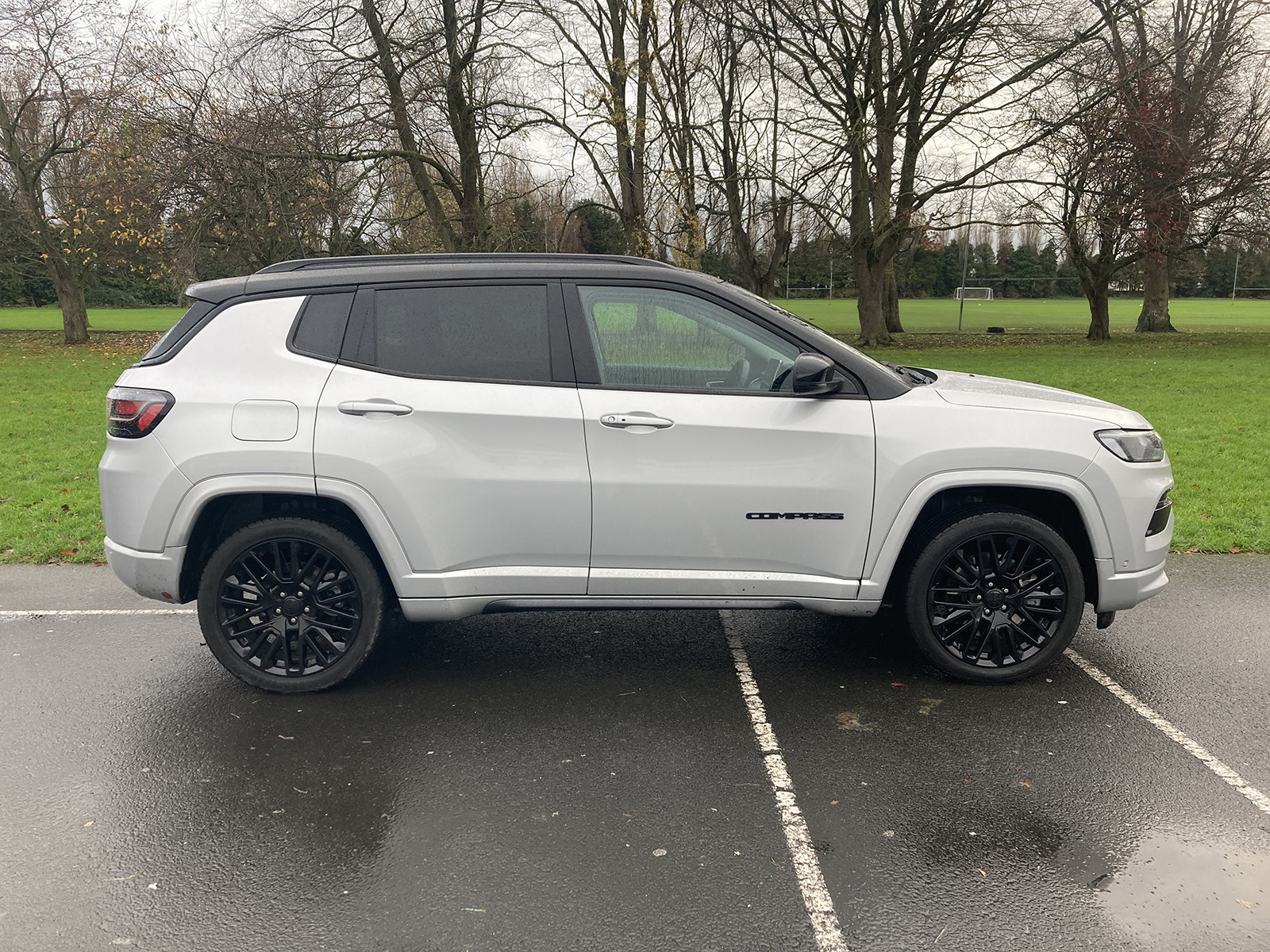 There have been times in the past when I have been corrected for describing a sports utility vehicle as a Jeep. It’s an error a lot of people make, a bit like calling every vacuum cleaner a Hoover.

Only Jeeps made by the original company in Toledo, Ohio are allowed to use the title of Jeep. The Jeep has been in use since World War II and nowadays in Ireland they are associated mainly with the horsey set and farmers.

A few years back, the Jeep brand was imported into Ireland by the OHM group, then the Irish franchise switched to Fiat, who took over a bankrupt Chrysler in June 2011. Now Fiat Ireland is part of the expanding Gowan Group who are shortly due to move into their new Irish headquarters in Citywest.

The Compass recently got a makeover and is now available as a plug-in hybrid, but you would need to be wearing your Jeep Anorak to notice the subtle changes. All the existing Jeep trademarks remain, including the seven-bar grille, muscular rear end and squared-off wheel arches.

Jeep made very little change to the exterior of the Compass, claiming customers didn’t see the need for an update. However, those familiar with the old version will notice the new front bumper and the repositioned daytime running lights.

I always like the high driving position in an SUV and the Compass was no exception. You now get a new 10” infotainment screen on the dash, which works very well. The controls on the dash were user-friendly with an old-fashioned button to tune in the radio.

It was comfortable on local roads and on motorways. I didn’t have any reason to take it off-road; if you want to go off-road Jeep has also has a Trailhawk version.

For those of us over 50, old-style buttons to control the radio or CD players if available, are always appreciated. Plenty of room for three adults in the back, one medium sized back seat passenger said the head room wasn’t great.

If you are carrying only two back-seat passengers, they can leave down the middle section and get a drinks holder. The boot is huge and while there is a huge ‘well’ in the boot to hold a spare wheel, none is provided.

With a long and illustrious history, the American 4×4 brand really ought to be a key player in this sector, but the Compass has been well down the list in what is a growing market. We Irish love our SUV’s so the market is there.

Jeep has been a poor seller in Ireland in the past, but now that they are under the Gowan umbrella I expect that Jeep and Fiat will both benefit from the marketing power that the Gowan group can provide.

I got a few enquiries from random people in car parks asking about the Jeep brand. I’m always amazed about Irish people, both young and not so young, and the knowledge they have about cars.

My test model was a plug-in hybrid and as is the normal with most plug-ins, the maximum range you will get in pure electric mode is around 40-50km. In petrol mode the 1.3-litre engine was a bit thirsty, especially in urban driving. It’s a decent Jeep, but it needs a lot of promotion and marketing. To paraphrase an old political saying “A lot done, more to do”.

February 5, 2023 0
Next Tuesday (7th February) is Safer Internet Day and with 1 in 4 children experiencing cyber bullying and spending more time than ever online, Switcher.ie’s...