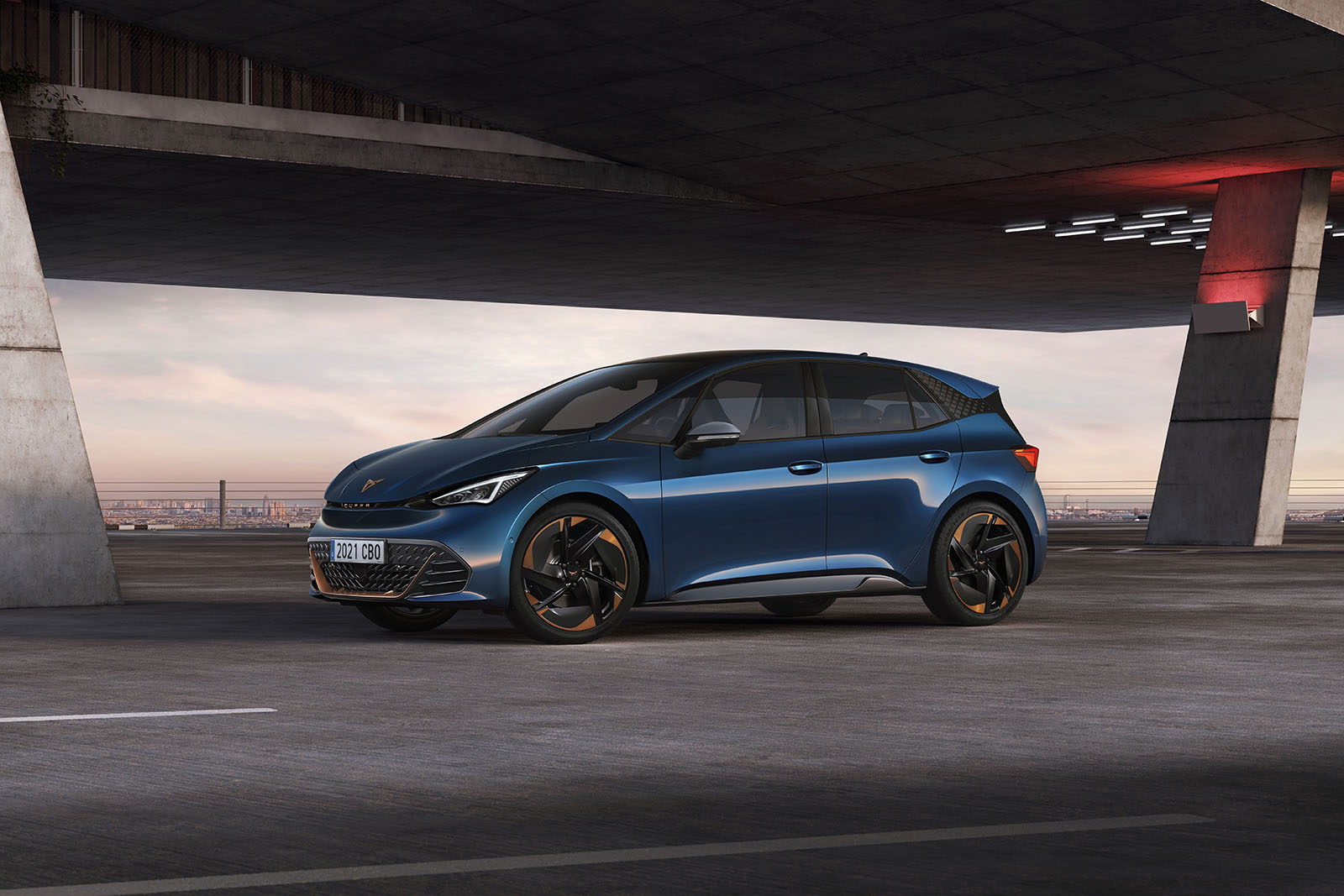 Last week my test car was the electric Cupra Born. Cupra used to be a sub-section of Seat cars, but now they are a brand on their own, but still under the VW umbrella.

The Born is their first electric version. It was unveiled as a concept car in 2019 as El-Born and takes its name from an area in La Ribera, one of the oldest districts in the city of Barcelona.

The Seat headquarters is in Martorell, which is located in the hills above Barcelona, but the Born is made at Seat’s German plant in Zwickau.

The designers say they wanted to make a real statement with the Cupra, and they came up with an unusual logo. The design team say the creation of a separate and powerful logo was critical in order to help establish Cupra as an independent brand of car.

We are told that the inverted triangle goes far beyond being a simple logo. As an emblem it’s supposed to symbolise the sense of belonging to a clan, the Cupra clan.

In Ireland, Cupra already has 11 points of sale and they are gradually building up their ‘Cupra Garage’ range where the distinct Cupra corporate identity has been fitted.

Niall Phillips, brand director for Seat and Cupra in Ireland, said the Spanish high-performance brand is continuing to go from strength to strength both in Ireland and across the globe.

Niall said: “Cupra’s impressive sales growth in the Irish market which is up 341% year on year, is proof that discerning Irish car buyers want to be part of this exciting and dynamic brand.”

When you sit in, there is no need to press a start button. The car moves off once you select ‘drive’ in what is a really unusual lever located the right of the steering wheel.

I drove a very attractive Aurora Blue model with some lovely copper touches in the front. It’s a real eye-catcher, all topped off with the Cupra logo on the bonnet. You will also find the logo on the door of the boot.

Inside, the colour of the comfortable seats was Granite Grey Dinamic. Overall, the interior is a bit dark, but there are nice copper touches on the dash and the doors. The dash is dominated by a 12” touchscreen.

There is enough room in the back for three adults at a squeeze, two very comfortably. As usual with most electric cars no spare wheel is supplied.

It’s a really gorgeous car to look at and to drive. Several people that I met in various car parks around Dublin city and county last week said they loved it and wanted to know the name of the car.

Prices start at €38,160, while the price of my test car with lots of goodies came to €42,412. The range is approximately 425km when fully charged and if you can find a fast charger that is free, it will charge very quickly. But really, if you are thinking of buying an electric car, it’s best if you have a home charger.

I’m sure you can be a member of the ‘Cupra Clan’ even if you don’t buy all of those expensive extras in your new Born. Those extras will cost you €1,200 for the fancy bucket seats and just over €1k for the 20” Hurricane machined Aero alloys.