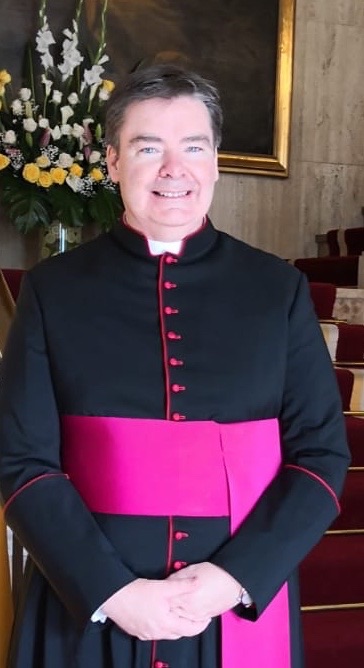 Archbishop Michael Crotty has paid tribute to the faith community of Mitchelstown who he said helped him become a Papal Nuncio.

The Ballygiblin native, who began his career in the Diocese of Cloyne, has been appointed by Pope Francis to the diplomatic post in the African country Burkina Faso.

The Pontiff elevated Monsignor Crotty to the rank of Archbishop, and appointed him to the titular See of Lindisfarne.

In a statement issued to The Avondhu, Archbishop Crotty paid a warm tribute to the people of Mitchelstown and his teachers in Ballygiblin and the Christian Brothers School.