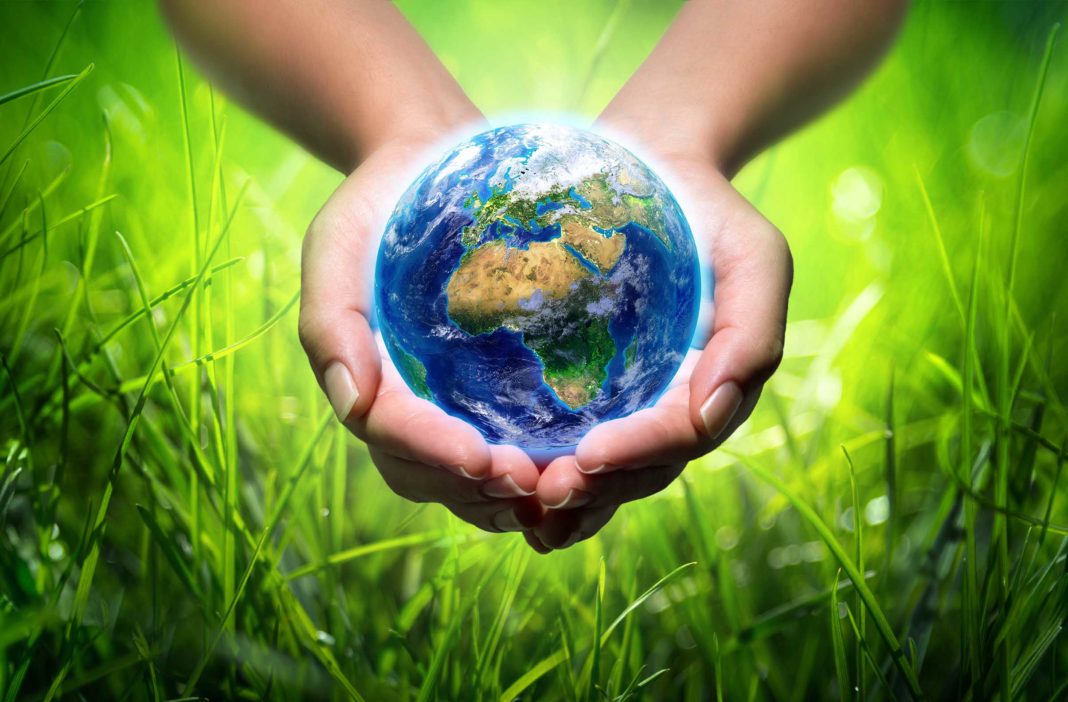 The ‘green agenda’ aims to ensure that nature remains unspoilt – that animal and vegetable species don’t go extinct – that everything can thrive and flower in its natural habitat.

But that goes only as far as inter-connections are found within the sub-human ‘eco system’. Next when we come to the human ‘eco system’, today’s Greens also aspire to the full thriving, health or wellbeing of our own human species with all our inter-relationships.

In Summer 2015 Pope Francis penned a document on the care of the earth – which is God’s creation and “our common home” (Laudato Si – “Praised Be”). He’s convinced that we will never have a clear view about how to treat Nature – until we’ve first cleared up our vision about how human beings need to treat one another.

And for this, we need enlightenment from God himself – communicated through the message (the Gospel) that Jesus has left us.

The Pope has hard words for multi-nationals who use the territory of poorer peoples as a dumping-ground for toxic waste : The despoilers are “a minority who presume” that they can go on producing, consuming and dumping.

In places, even the water itself becomes polluted for the locals – people who’ll never afford bottled water. These big companies are trampling on the rights of others – in the Gospel phrase, ‘lording it over them’.

Nowhere may any human person be simply reduced to an unwilling instrument in someone else’s project. The Pope warns about “buying the organs of the poor for re-sale or use in experimentation – or eliminating children because they are not what their parents wanted”. The Gospel teaches, rather, that each human being is precious in God’s sight.

A person is not someone’s property

No human person may be reduced to an ‘It’ – each of our fellow human beings is a unique ‘You’. Today, “real relationships with others” are sometimes endangered even by the internet – which allows us to “choose or eliminate relationships at whim”. Is Pope Francis perhaps thinking, by contrast, of all those ‘really genuine sorts’ that he used to meet when, as Archbishop of Buenos Aires, he regularly journeyed by public transport to the city’s down-at-heel quarter?

Here, “many people…are able to weave bonds of belonging and togetherness which convert over-crowding into an experience of community”. The Gospel describes how it was among the poor, that Jesus spent his days.

The Pope supports all who hold that “we should be concerned for future generations”. But he adds that “leaving an inhabitable planet to future generations…has to do with the ultimate meaning of our earthly sojourn…What is the purpose of our life in this world? Why are we here?”

As people growing up today begin facing this question, their horizon is expanded way beyond any primitive slogan such as, ‘I want it all now’ – way beyond the urge for instant gratification. Then, having first been opened up to the ‘You’ of their fellow human beings, the thinking of persons looking towards the future can next broaden out towards the ‘You’ of God.

Some Christian leaders and thinkers can be found who see a huge threat in the attitude which they call ‘immediatism’: This is where persons react only to influences having an immediate effect upon themselves – or fail to notice any possible future effect of a course of action (apart from an immediate result).

These Christian thinkers hold that such people stand in need of some catastrophe – such as a world war – which will ‘bring them to their senses’.

In my view, the Pope’s document supports just such thinkers, if they are alert to an actual ‘catastrophe’ which is already upon us – the catastrophe of global pollution and degeneration.

And Pope Francis goes on to show how short-term tinkering will not be enough to ‘fix’ this wastage: any policies or solutions which are merely self-interested will only be papering-over the cracks through which the world’s resources are being allowed to run down.

In other words, the looming catastrophe is forcing us right back to the drawing board. As the managers of our planet’s future, we need to pay heed once more to its Creator’s ‘Users’ Instructions’.

For instance, the Pope praises those “rightly demanding that certain limits be imposed on scientific research” if “the integrity of the environment” is threatened. But how, he wonders, can they impose limits here, if they do not demand limits “when experimentation is carried out on living human embryos?”

“We know that approximately one-third of all food produced is discarded”. At the same time, poor nations working towards food-security often come up against the business interests of those multi-nationals (carrying more clout than many a sovereign nation).

In a situation like this, changed food-distribution strategies will achieve little. What first needs to be changed is: human mind-sets.

And often it is only the sense of responsibility to the Creator which will change a selfish mind-set.