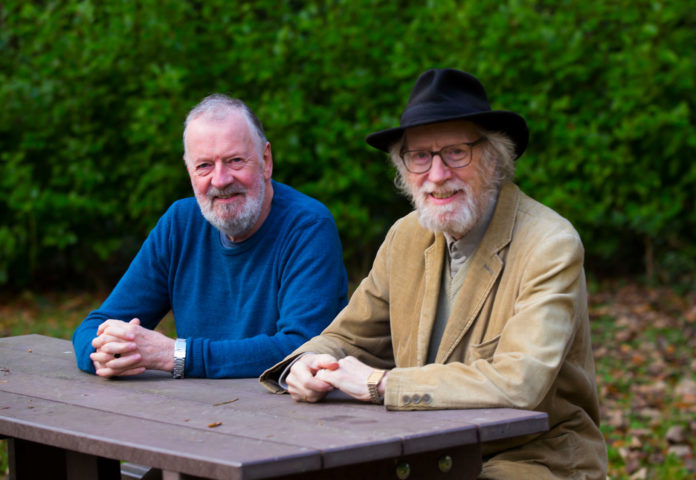 Fermoy brothers Paud and Brian O’Reilly, along with their band Loudest Whisper, are set to showcase their ‘Children Of Lir’ concert at the National Opera House of Ireland in Wexford town.

Brian O’Reilly first staged his musical rendition of ‘The Children Of Lir’ in January 1973. It was an immediate success and heralded as Ireland’s first folk opera.

‘The Children of Lir’ has been enjoyed by over 25,000 people worldwide since it was first performed by the group in 1973. It was so successful, that Polydor Records picked up on it and signed Loudest Whisper to make an album of the music.

Ireland’s first concept album, ‘The Children of Lir’ was issued in 1975 and is now a collector’s item.

Following a meeting in London, the O’Reilly brothers Paud and Brian were happy with Sunbeam’s offer. ‘The Children of Lir’ was re-mastered in Abbey Road and a limited edition of the album on 180g virgin vinyl was issued in 2006. This edition was also a sell out.

Brian O’Reilly works as a musician/arranger/producer in Studio Fiona, Fermoy which he founded in 1979 and over the years has worked with a wide cross section of music and musicians.

Since his first stage production in 1973 with The Children Of Lir, he has composed and staged ‘Perseus’ based on the classic Greek legend; ‘Maiden of Sorrow’ – a folk opera on Deirdre of the Sorrows and ‘Buskin’ – a light hearted contemporary jazz/folk piece with a Faustian theme.

According to Brian, the upcoming concert will be one of the more creative and magical homegrown presentations that Ireland has seen in a long while. “The concert is a unique mystical Celtic experience, the music is hauntingly lyrical and spiritual, yet in idiom it is contemporary and vital in a recognisable Celtic style.”

The contemporary composer and musician is looking forward to staging the event in Wexford with his brother Paud O’Reilly and their band, Loudest Whisper, one of Ireland’s most successful and longest established groups.

Their distinctive blend of folk/rock and blues is renowned not only in Ireland and the UK, but also in North America. A string quartet, a choir of 100 voices, plus a narrator and four ballerinas will join the group for this concert.

The Children of Lir is a famous Irish legend telling a story of love, sorrow and betrayal with the swans representing freedom, beauty, jealousy and everlasting youth.