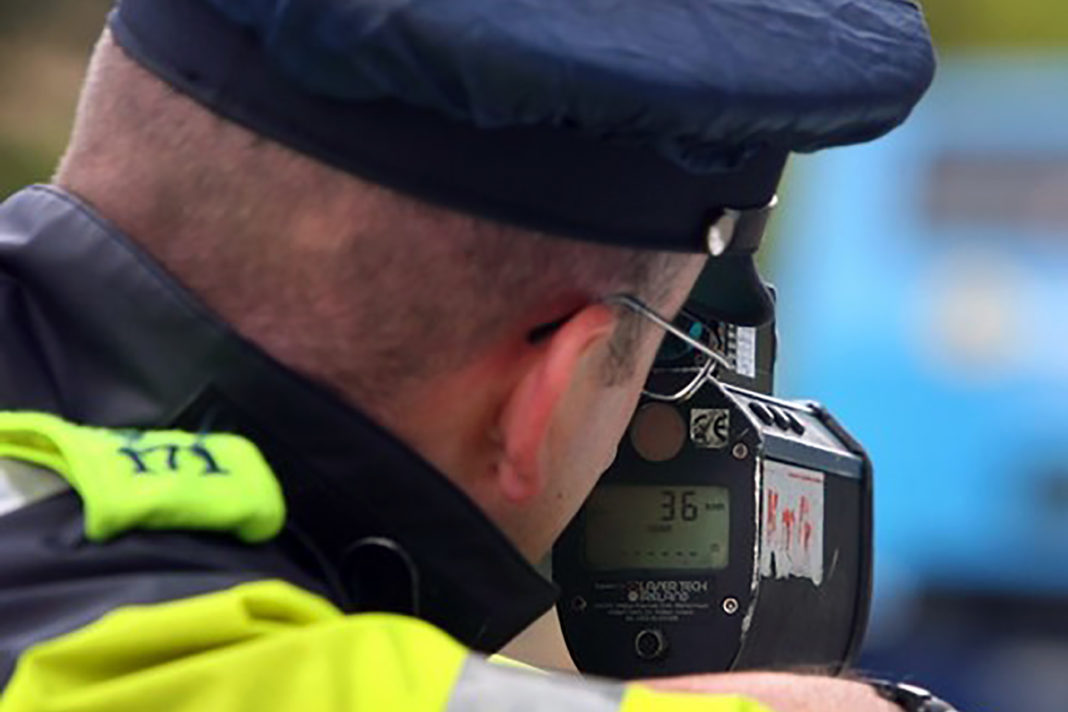 A driver travelling the N72 Ballynadeige to Lismore road on Friday last, at a speed of 111km/hr in a 100km/h zone, was one of hundreds of drivers caught by Gardaí as part of operation ‘Slow Down,’ a national speed enforcement initiative.

The major nationwide operation ran for a 24 hour period from early last Friday morning until Saturday morning and Gardaí reported that 1,072 vehicles were found to be travelling above the applicable speed limits during that time.

In a statement, An Garda Síochána noted: “A total of 126,001 motorists were speed checked on National Slow Down Day, and the vast majority of motorists were found to be travelling safely and within the speed limits.”

One of the highest speeds recorded was in Dublin, where a vehicle was clocked travelling at a staggering 202km/h on the M50. While in County Tipperary on the M8 in Cashel, a motorist was clocked at 201km/h in a 120km/h zone.

Also in County Tipperary, a vehicle was clocked doing 99km/h in a 50km/h zone in Clonmel.

Chief Superintendent Paul Cleary remarked that despite traffic reductions brought about by Covid-19, a small number of motorists had continued to travel at excessively high speeds in both urban and rural areas.

“In these times with more vulnerable persons on our roads, pedestrians and cyclists, we appeal to motorists to be aware of the posted speed limits and also while travelling, to be conscious of the presence of other road users,” Chief Superintendent Cleary concluded.