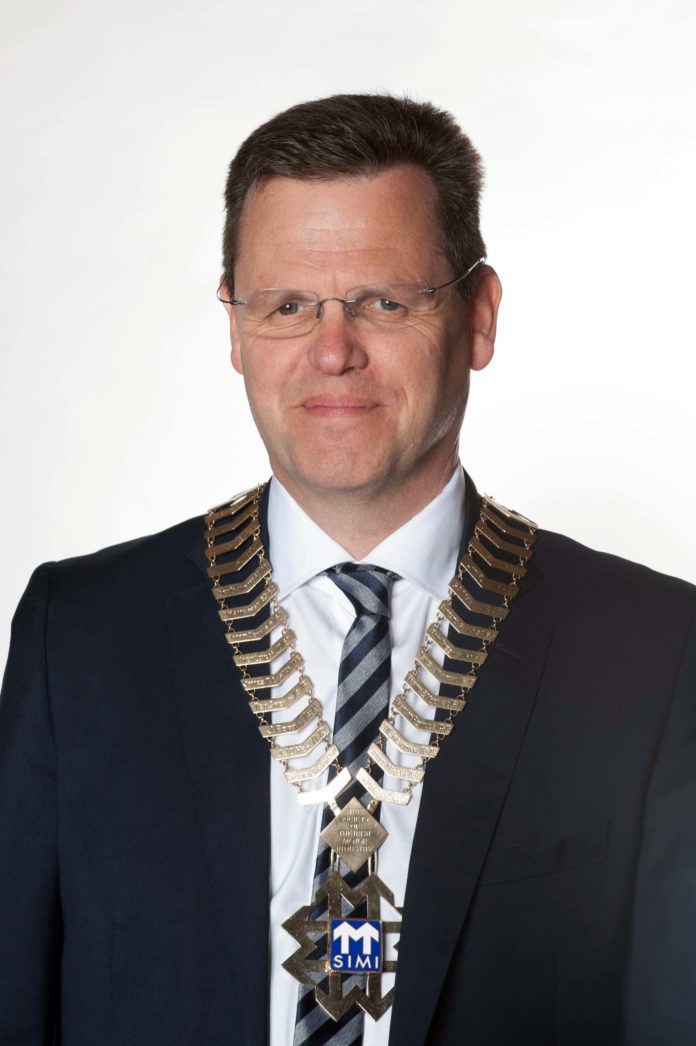 Alan Greene has been elected President of the Society of the Irish Motor Industry (SIMI), the representative body covering all sectors of the Motor Industry in Ireland.

Speaking at SIMI’s AGM in (Killashee House Hotel,) Naas, Co. Kildare, Alan Greene said that he felt privileged to take on the role of SIMI President and that his term in office will be strongly focused on road safety, building on the work of his predecessors.

He stated, “vehicle sales are showing strong recovery particularly in the new car registration statistics but not all sectors of the Industry are experiencing the same rate of improvement. While we are seeing business growth at present, members also need to remain cautious and not get carried away as there are also significant challenges even in a growing market.”

Referring to the recent media focus on the condition of vehicles on our roads, in response to a number of tragic accidents and RTE Prime time pieces. Alan underlines that these are not new issues.

“These are areas about which SIMI has long expressed concerns, through submissions and consultations. The ability to register used cars in Ireland that have been written off and removed from service in their original country because they are not safe for use on the roads, is nothing short of scandalous. In such cases the EU recognises that member states have a right to require such vehicles to undergo a roadworthiness test in advance of registration and we are calling for implementation of such a system without further delay. In relation to cars already on our roads in Ireland, that have been written-off or dangerously damaged, there is no requirement at present to register such a vehicle on the NVDF (National Vehicle And Driver File) to protect future buyers and other road users, although Insurance Companies may do this voluntarily.

Legislation was drafted some years ago but is still awaiting enactment. This proposes to make it a statutory requirement to record a write off on the NVDF which will mean that the car could never be used again. In the case of a car that may be seriously damaged, but which can be safely repaired, this would also have to be recorded on the NVDF, including certification that the repair was to standard as protective information for future purchasers.

SIMI and other concerned stakeholders have been pressing for this registration and certification system for far too many years now. Despite the ‘Road Traffic Bill 2014/2015 Written-Off Vehicles’ having been published and placed before the Houses of the Oireachtas, the legislation has been awaiting its passage into law for some time now but has not progressed.

Alan Greene new President of SIMI called on the Government to progress this long overdue legislation as a matter of urgency, as he states that there is a duty of care to protect citizens by preventing unsafe cars from being used on our roads or sold to unsuspecting buyers.