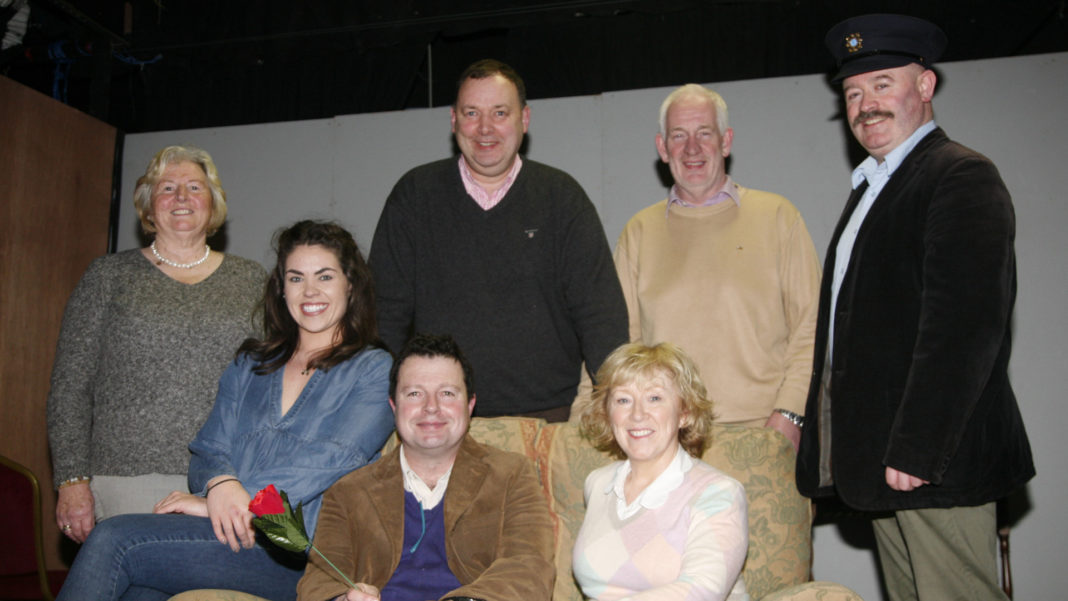 There's little in the way of down-time for the Barrymore Players, whose reputation for theatrical excellence is known far and wide.

Always up for a challenge, the group are presently tackling Jimmy Keary's play, 'Better Late Than Never' – a script most thespians would shy away from.

In a month that's choc-a-bloc with all manner of comedies, musicals and farces, 'the Players' are going ahead with their offering on Saturday/Sunday (17th/18th February) in Castlelyons Community Centre – they follow this up with 3 nights in a row the following weekend (23rd, 24th and 25th) – so no excuses for missing out.

JENNY AT THE HELM

After a career playing a variety of challenging roles, that great servant of the stage, Jenny O'Flaherty has assumed the director's chair and by all accounts is revelling in her new found influence and authority.

The director's role is far from lonely and she can, at any time, call on the services of Ger Kearney, Trish Lawlor and Cora Collins.

There are 5 dates for your diary, so, if it's entertainment on the double, there's never been a better time to see the Barrymore Players at their very best.