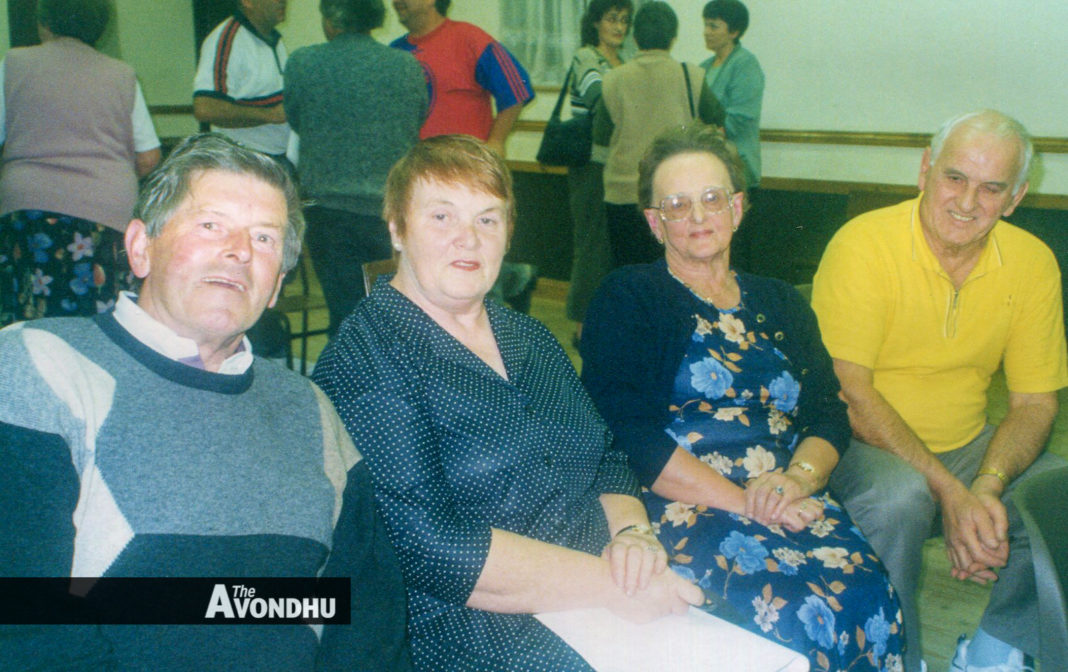 The front page of The Avondhu at the beginning of September 2001 carried the sad news that former Loreto teacher Chris Crowley had been located with his daughter Deirdre in a house near Clonmel. He had failed to return her to her mother in December 1999 and after almost two years in hiding, both were found deceased.

In Fermoy, divisions emerged in the Beechfield Estate as there were allegations of a ‘secret meeting’ of hand-picked residents at the Pitch and Putt Club. The chair of the New Beechfield Residents’ Association said that the oversight was an ‘honest mistake’ and that while they had printed leaflets, some of them got lost in the delivery process.

McInerney Builders was announced as the contractor for a £5 million Community School in Lismore. Building was expected to start in the next few months. Also in Lismore, the Town Commissioner Peter Aherne nominated his granddaughter Angela Kennedy for a ‘People of the Year’ award. The athlete had won 30 gold medals and two silver for javelin and discus throwing in the last year. Fellow commissioner Bernard Leddy nominated then-Ireland soccer manager Mick McCarthy, whose relatives hailed from Tallow.

In Cappoquin, there was unexpected opposition to a £2 million development plan for the Mill development. Residents objected saying that it would be large and noisy, and to turn a profit would mean keeping it open for long hours, seven days a week. Six months had passed since planning was lodged, with a number of public meetings held before this surprise objection.

In Mitchelstown, model Sharon Dingivan was on her way to Hollywood to audition for international agents as a client of Celtic Talent Agency in Clonmel.

Mitchelstown’s Castle Park Hotel advertised its ‘Kingston Restaurant’ as having the ‘best steak in town’, while in Fermoy astrologers Fergus Gibson and Adam Higgs were to come to Mac’s Bar for a day of palmistry, crystal ball work and tarot card reading.

Cavanagh’s Electrical in Fermoy were advertising home PCs alongside their usual TVs, video players and DVD players. For £799, one could have a 20GB hard drive, a 15” monitor and the Microsoft Works 6.0 software package.

In Lismore, the Town Commisioners slammed Eircom as the public phone box had been out of order for over two weeks, and despite numerous complaints from the public and the Town Commissioners, they had failed to act. The members of the Town Commission resolved to contact Esat Digifone and ask them to take over the service. Elsewhere in the town, there was support for a parking fine increase from £15 to £50 for parking in a disabled spot.

The campaign against the superdump in Ballyguyroe gained momentum at a public meeting in Glenanaar. The newly-formed Glenanaar Valley Community Association called the meeting, and were joined in their effort by the Kildorrery Anti Dump Group who had already lodged their objection.

Kilcoran Lodge were taking bookings for Christmas Day lunch, and in Castletownroche The Reynold’s Darts Club were running a £1,000 darts tournament.

Record crowds were reported for the previous week’s Tallow Welcome Home Festival, with the reporter singing the skills of a young trader selling kittens: “Very nice and soft Mister, good for catching mice and stuff, very cheap, if you want more I can get ‘em no bother”.

Glenroe looked forward to the official launch of their walking trails; 25 miles of newly marked walkways in Darragh, Ruppala Wood, Spittle Boreen and elsewhere. Meanwhile, in Farahy, plans were afoot for the annual Elizabeth Bowen service in St Colman’s Church.

A letter appeared in The Avondhu 21 years ago criticising the government’s efforts at tackling inflation. Another letter wondered why the clergy were getting all the blame for child abuse in the state: “so the few religious indulged in it and that gives an excuse to blacken them all.”

Séan Kelleher was the guest speaker at 2001’s Liam Lynch Commemoration, where he iterated that the Irish nation consists of 32 counties, and that the Irish government should make more of an effort to persuade Unionists that their “long-term interests lay in being part of an All-Ireland parliament”.

The Lismore men’s hurlers were in the Waterford County final after a replay over Mount Sion, and would face Ballygunner in the final. Meanwhile, the Ballyduff Ladies U16 footballers were victorious in their quarter-final over Na Deise. In West Waterford, the family and friends of the late Michael Quirke gathered to present a perpetual cup in his memory to the GAA board, the U21 B Championship Cup.