The Avondhu Newspaper
Home Archive Memories from the Archives – December 2001 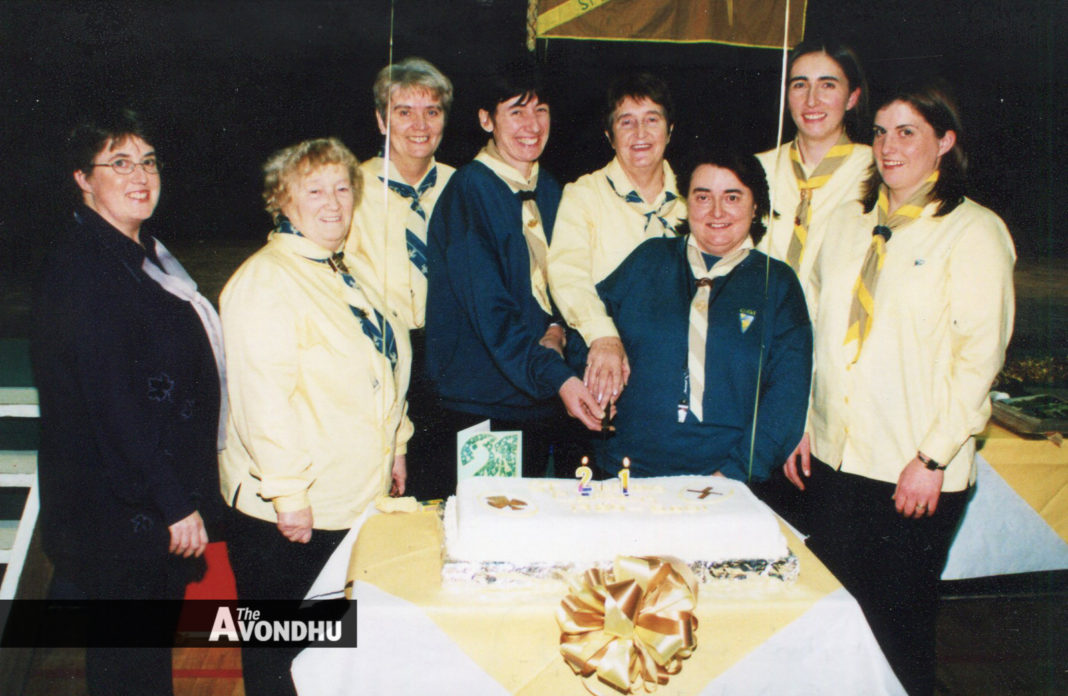 In December 2001, The Avondhu carried the news that Post Offices in rural villages were suffering as An Post was refusing to provide them with computers, or let them buy their own. Despite the announcement that An Post were to become agents for AIB services, rural offices were continuing to do everything manually, so some people were heading to the towns for services like Passport Express. An Post’s response was abrupt:  “It isn’t part of our brief to regenerate rural Ireland … after all, we are a business who must pay staff and make a profit”.

However, in Lismore, the library was getting printers while in the same town, it was the end of an era as the Lismore Town Commission held its last meeting. From January 2002, it would become a Town Council. The changeover meant “a bit more power” for the newly-titled ‘councillors’.

There was a major test drive in Mitchelstown as a mechanical sweeper was taken for a spin over three days to see how it performed, with a view to the town buying its own. Elsewhere, an ad carried the news that Jack Murphy Jewellers would be opening on Lower Cork Street in the town on the upcoming Friday. In Fermoy meanwhile, some things never change, as clarity was sought from the Southern Health Board on the future of St Francis Welfare Home,

In Watergrasshill, the St Stephen’s Company of Brigini and Guides celebrated their 21 years while in Rathcormac, a local unit of the Order of Malta was officially launched with a mass, a blessing of the ambulances, and an information session followed by food and music. Over in Mitchelstown, the new Cope foundation bus was blessed by Rev Martha Gray Stack and Canon Tim O’Leary.

Cars were the target for criminals this week 21 years ago, as Gardaí were investigating an incident where four tyres of an Audi A4 were slashed on Thomas Street in Mitchelstown. In nearby Galbally, there was a nefarious incident where “a respected and popular member of the local community” parked his car in the village. On returning, the car had been broken into and a broken bottle on the driver’s seat, covered with a piece of newspaper. It was luckily discovered before the driver sat down.

21 years ago, locals were sought for a new “Integrate Fermoy” group, who would promote racism awareness through talks, seminars, and other group projects. Those interested were invited to an afternoon of cultural diversity in Mallow Park Hotel with trad music and face painting.

An evening of Christmas carols by Lismore’s St Cartage’s Singers and Mitchelstown’s The Classical Brass Quintet was scheduled for St George’s Church in Mitchelstown, hosted by the local Lions Club. In other Christmas preparations, in SuperValu in Fermoy a 1.5kg tin of Roses would set you back £11.95 for Christmas, and a 1kg of Jacob’s Afternoon Tea was £10.89. Meanwhile, the classifieds had an ad for ‘three genuine fat pigs, finished with Barley’ and oven-ready geese and turkeys. Away from the meat counter, Coláiste an Chraoibhín student Darragh Casey from Kildinan was the victor in the ‘Fish Cook of the Year’, sponsored by The Fish Market and Toss Bryan, who provided the gas cookers for the final.

The newly opened Slinky’s pet shop in Mitchelstown advertised ‘A new pet for Christmas and New Year’, while also on Baldwin Street Noel Casey Electrical had a two-page ad displaying their wares for their second anniversary. Down the road, Castletownroche were looking forward to hosting an indoor Monster car boot sale and market: there was a free bag of potatoes with every entry ticket.

The Christian Brothers made a statement in which they expressed their “sense of outrage at the possibility that children suffered they type of abuse described” in a recent RTÉ Prime Time programme. “… we refute the allegation in the programmes of systemic corruption in the Congregation.”

Over in Waterford, in Lismore, the town park was starting to take shape, with the recent installation of the centrepiece waterfall feature and planning was sought for the Cappoquin Community Centre.

The Big Tree in Aghern were holding their grand opening under the new management of Johnny and Paula, while SG1 advertised the three different dance floors that would be open over the weekend. For some events, the ticket price was given in both pounds and euros in preparation for the big changeover.

Watergrasshill, the hosts of the East Cork Scór na bPáistí, were also the winners with the dancers laying the foundations for victory in December 2001. Finally, in Glanworth, Pierre O’Driscoll clinched the Minor B Hurling championship county title. The youngest player got the last point of the match, leaving a score of 2-9 to 2-10 over Courcey Rovers.