Home All Opinions My Own A maternity hospital? Being given to the nuns? Come on. 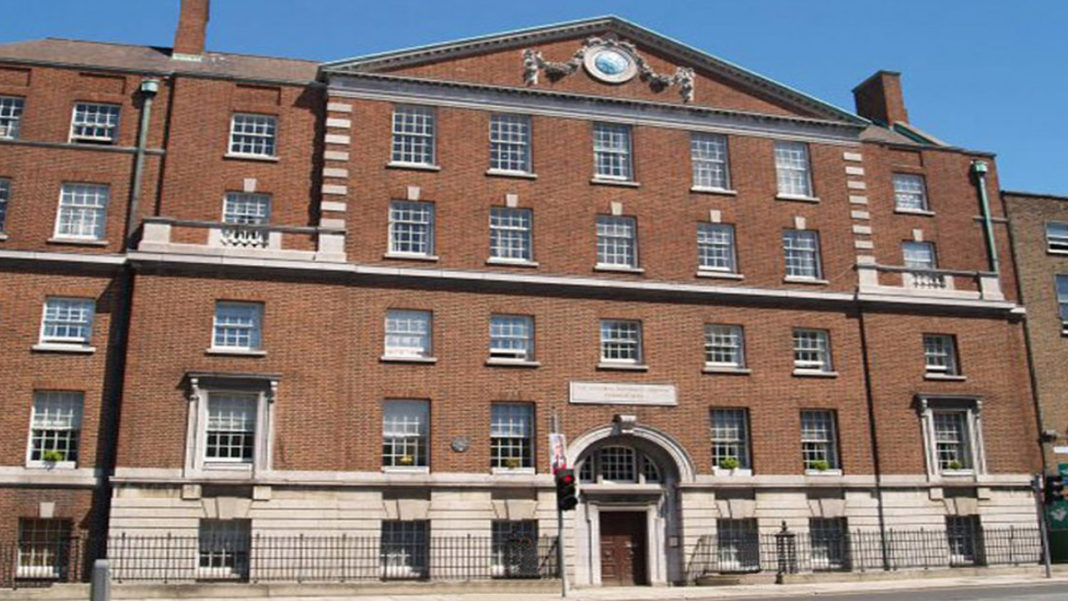 “This is 2017. It’s Ireland. Can we not grow up and just stop… handing over State assets to a religious order?” asked the former Master of the National Maternity Hospital. “A maternity hospital? Being given to the nuns? Come on.”

It was hard to not agree. After all, here we are, way too far into the 21st Century to be able to pretend to be surprised any more at the science fiction date, and yet we are still running our country like the ghost of Archbishop John Charles McQuaid was still telling the ghost of Dev how high to jump.

Here we are, we poor simple-minded Irish citizens, building our new National Maternity Hospital – which is going to cost us at least €300 million – on the campus of St Vincent’s University Hospital (proximity to a tertiary adult hospital being, we are told, desirable in case of necessity of specialised emergency treatment).

Here we are, handing the new National Maternity Hospital over free of charge to the Sisters of Charity nuns.

That was part of the agreement reached last November between the Sisters of Charity, the sole shareholders of St Vincent’s Healthcare Group, and the board of the National Maternity Hospital. The Sisters of Charity will be the sole owners of the new hospital and a nine-person board will be put in place to oversee its running. The board will consist of four directors nominated by St Vincent’s Healthcare Group, four nominated by the National Maternity Hospital and one obstetrician gynaecologist of international reputation.

According to Kieran Mulvey, the former chairman of the Workplace Relations Commission who was appointed by Health Minister Simon Harris as a mediator between the National Maternity Hospital – currently situated on the dilapidated and dangerously-outdated Holles Street site – and Vincent’s, any revisiting of the deal will scupper it entirely.

The Sisters of Charity clearly drive a hard bargain.

These are the same Sisters of Charity who – depending on which reports you read – may or may not still owe us €3 million in redress payments for abuse. Or perhaps they have paid it by waiving legal expenses.

In any case, it’s hard to picture the Man from Nazareth – who once fashioned a whip made of cords so as to drive money-changers from the Temple – approving of such financial wheeling and dealing from those who claim to work for him.

But that’s the nuns for you. If the idea of religious orders lawyering up and playing hard-ball with Irish negotiators is news to you, then you may have slept through their 2002 running rings around the then-Education Minister Michael Woods, who famously said his Catholic faith made him the best man to agree an abuse redress deal with them. Woods went on to later deny that he was a member of Opus Dei.

Leaving aside that we’re planning on just giving away over three hundred million euro, you’d wonder how anyone representing the Irish State could have thought it a good idea to hand over a maternity hospital to the religious orders. I mean, it’s not as though we don’t know what happened the last time we let the nuns next or near maternity care.

Between 1922 and 1996 approximately 10,000 Irish women and girls were imprisoned and enslaved in Magdalene laundries.

For the crime of being pregnant outside of wedlock – and many were the victims of rape – these Irish citizens were stripped of all rights and robbed of their very identities. This cruelty was done with the approval of the Irish State and was carried out by members of Catholic religious orders.

Today, it is estimated that fewer than 2,000 of those women survive. God alone knows the full, brutal detail of their suffering, but in many cases, their entire lives were stolen.

And often not just their lives.

Often, their children too were stolen.

Ireland acted as the hub for an illegal (and – if any of the people in The Morality Business really gave a rat’s ass for actual morality – utterly immoral) child-trafficking industry, where babies were torn from their mothers’ arms and sold abroad to wealthy Catholics, those babies’ birth dates altered – and, in some cases, death dates falsified – so as to thwart mothers’ and babies’ decades-later efforts to find each other.

It’s frightening to imagine the type of mind needed to even think of doing such a thing, but it should be remembered that in the Tuam Mother and Baby Home, new babies were passed along a battery of breastfeeding mothers in a deliberate, co-ordinated system designed by the nuns to prevent mothers from bonding with their babies.

A mentality so warped by religiosity and moral certainty as to make war on nature itself, is capable of anything.

And yet here we are, all these years later, and we’ve learned absolutely nothing. If the idea of turning over control of the National Maternity Hospital to the Sisters of Charity seems to you no great matter of significance, please consider this:

With the Citizens’ Assembly recommending a vote to repeal the Eighth Amendment, just imagine the ramifications of giving the nuns control of our new, €300 million-and-counting National Maternity Hospital.

And this won’t just be about abortion, by the way. Contraception, IVF, sterilisation and gender re-assignment would all clash with the “Catholic ethos” which will presumably prevail in a National Maternity Hospital controlled by the Sisters of Charity.

Bishop Kevin Doran of Elphin, who chairs the Catholic hierarchy’s bio-ethics committee, says the St Vincent’s site “is ecclesiastical land and as such the Pope has primacy over governance”.

This is 2017. We simply cannot hand over a €300 million state-of-the-art national maternity hospital to any religious order, let alone one which was responsible for some of the gravest and most systemic human rights violations in Ireland’s history.

Health Minister Simon Harris needs to intervene right now. We need a new national maternity hospital which is owned by the Irish State and which is run in the best medical interests of women and their babies.

Archbishop John Charles McQuaid died in 1973. It’s way past time the Catholic Church learned that this is our Republic now.