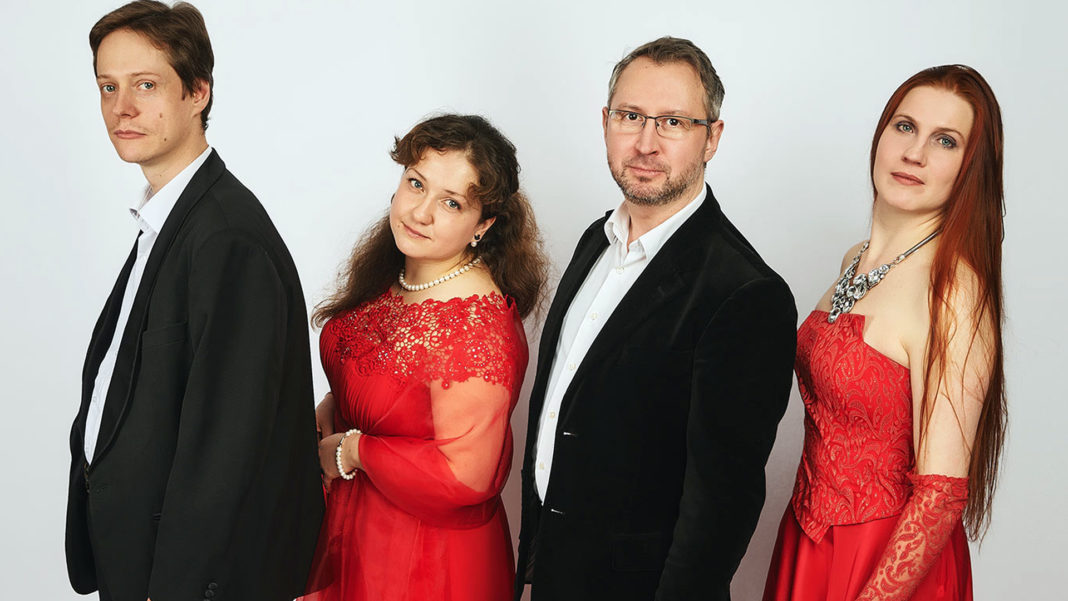 On this Thursday, May 17 at 8pm, The Lyra Vocal Ensemble from St Petersburg in Russia, comes to Friars' Gate, Kilmallock.

If per chance you cannot make the Kilmallock concert, you can catch them the following night (Friday 18th) at The Village Arts Centre, Kilworth where they are hosted by North Cork Classical Music.

Through their performances they want to introduce the musical heritage of the Russian Orthodox Church as well as the traditions of Russian folk music and popular classics.

The programme will include work by Davydov, Rakhmaninov, Strauss, Prokofiev and many more.

The Ensemble features Evgenii Tsvetkov – tenor, Marina Busse – soprano, Aleksei Goloviznin – basso and Zlata Gogol – contralto are professional musicians singing in various churches around St. Petersburg. Some of them are also soloists with musical theatres in the city.

As already stated, their performance last year was simply amazing.

Added to this, they had a number of artefacts and craft pieces on display which, if you so wish, can be purchased on the night.

Your support for these concerts will be very much appreciated.

Booking for the Kilmallock concert can be made on 063-98727 or www.friarsgate.ie.