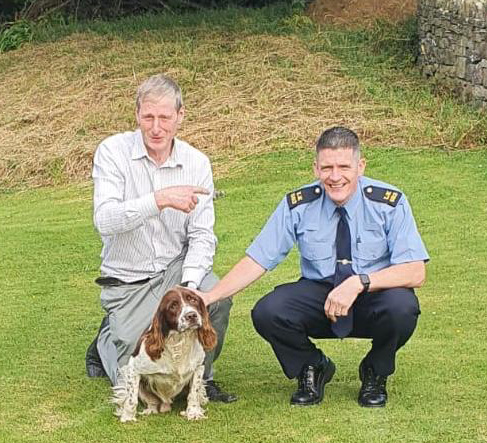 A dog owner has spoken of his delight after gardai reunited him with his beloved pooch after it was stolen.

The dog vanished from Carrignavar and ended up in an area of County Limerick, just outside the city.

After an investigation by gardai, they were able to determine that the two dogs recovered, were stolen.

They brought one of the dogs, Jake, to its owner, Gerard McMahon from Carrignavar, who spoke of his delight.