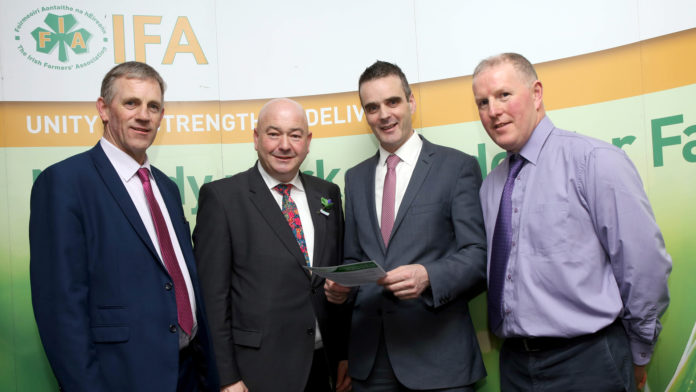 Speaking at an IFA lobby session attended by more than 80 politicians in Dublin last week, IFA President Joe Healy said there was very strong backing from politicians from all parties and Independents for an increase in the EU Budget to fund a stronger CAP post-2020.

Joe Healy said an increased CAP Budget is essential to lift farm incomes and help close the gap with other sectors in society, reflecting the importance of Ireland’s largest indigenous sector.

He also said, increased CAP funding is also justified by the recovery and growth in the European economy, the need to take account of inflation and to reward farmers for meeting society’s concerns on the environment and climate change.

Any EU Budget shortfall from Brexit must be made up in full by Member States, stated Joe Healy.

The IFA President said today’s lobbying session by the IFA would strengthen the hand of Taoiseach Leo Varadkar, Minister for Agriculture Michael Creed and Agriculture Commissioner Phil Hogan in the critical negotiations on the EU Budget for the next seven years, known as the Multi-Annual Financial Framework (2021-2027).

Joe Healy said any new EU measures on migration and security must involve new funding and cannot impact on the CAP Budget.