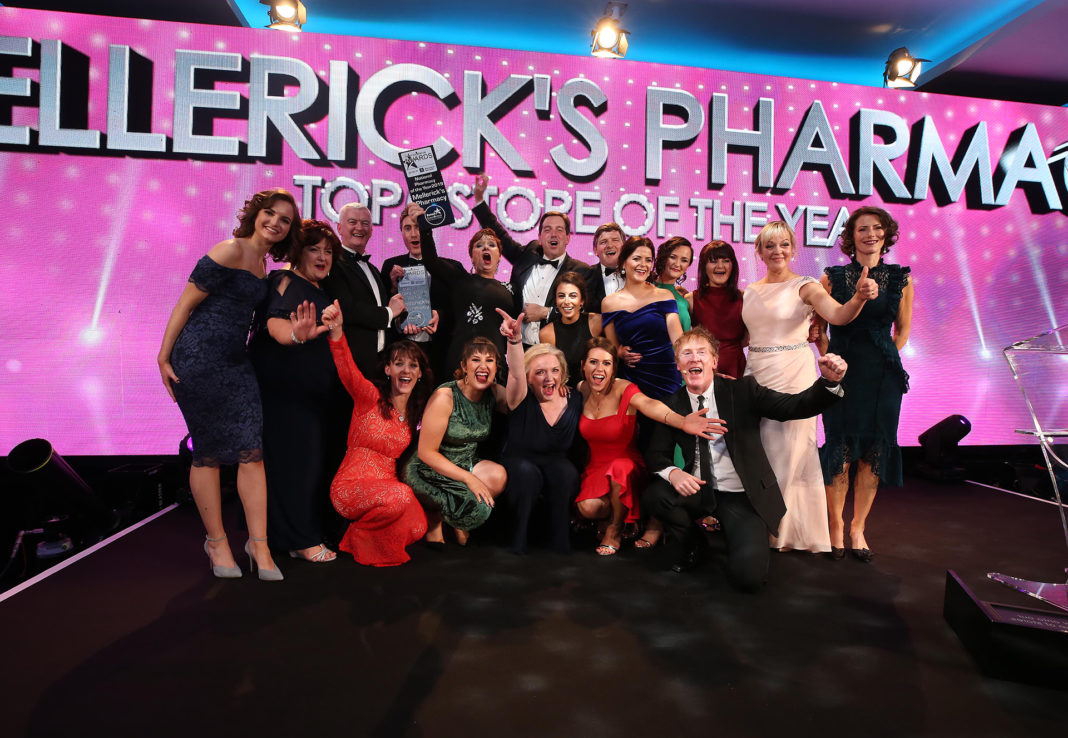 Mellerick’s Pharmacy, Fermoy were crowned Pharmacy of the Year for the third year in a row at the Retail Excellence Awards last weekend.

They also came in at number two in Ireland for the Top Store of the Year, with Willow Boutique in Ennis claiming the top spot by a whisker of 0.2%.

This is a hugely significant achievement as Mellerick’s were up against multi-national retailers such as Harvey Norman and Specsavers.

“We are a standalone store,” Mike McCarthy of Mellerick’s Pharmacy told The Avondhu. “We’re offering a service as good as you’d find in Dublin or New York.”