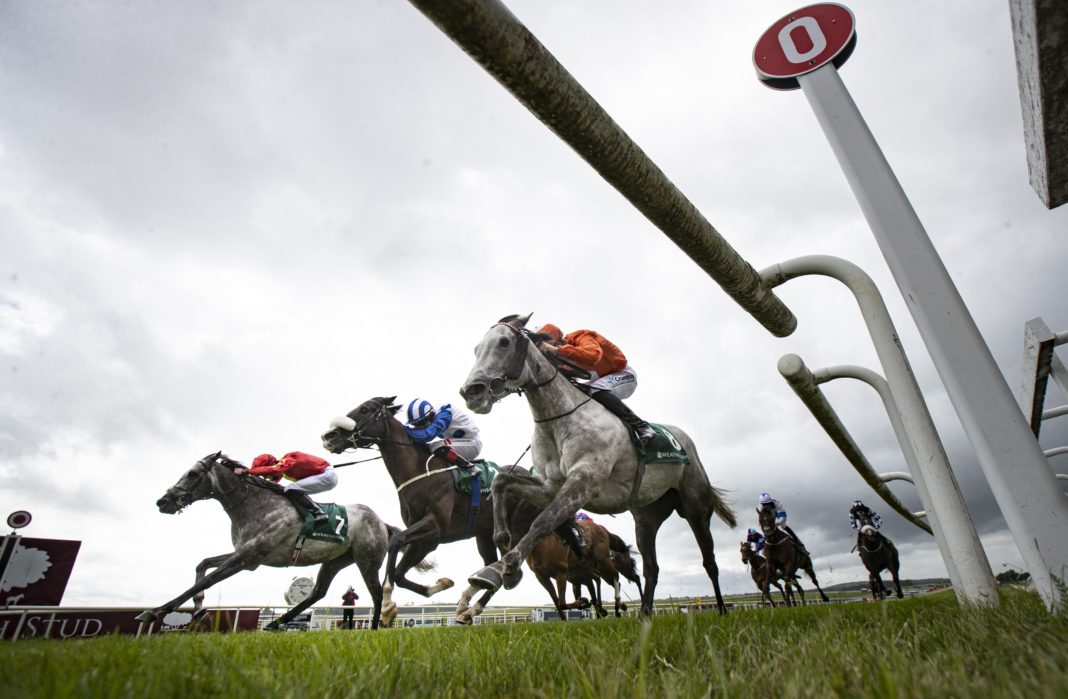 Cahir apprentice Shane Crosse landed by far the biggest success of his fledgling career when winning the Group 2 Weatherbys Ireland Greenlands Stakes on Sunday, on board the Joseph O’Brien-trained Speak In Colours.

The 18-year-old already has four Group 3 wins to his name but he improved on that notable achievement when getting the five-year-old home by a head from Aidan Fogarty’s Forever In Dreams.

Midleton amateur Jody Townend got off the mark for the new term and gave champion trainer Willie Mullins his first winner of the National Hunt season when partnering newcomer Beret Rouge to a hugely impressive success in the ladies’ bumper at Roscommon on Wednesday week last.

The big amateur winner at the Galway festival last year when successful in the Connacht Hotel Handicap on the Mullins-trained Great White Shark, Townend will hardly ride an easier winner this season.

The 7/4 favourite, running in the colours of Jackie Mullins, scored a runaway success on her racecourse debut, winning by all of 12 lengths from the Richard O’Brien-trained Bavarian girl.

Afterwards, Townend said, “She was very good. She was pretty uncomplicated and I couldn’t get over the way she quickened up.

“She was working well at home; we were happy with her and she is improving all the time. She is still quite green and will definitely come on for the run.”

Billy Lee rode his fourth winner of the season so far for Cashel trainer Paddy Twomey when the pair took the 10f maiden at Fairyhouse on Thursday with Pontchateau. Never far off the pace, the 9/1 chance got to the front over a furlong from the finish and comfortably held the Joseph O’Brien-trained 7/4 favourite Hosier by two lengths at the line.

Lee has ridden winners for six different trainers so far this term.

BACK TO BACK TREBLES

Wayne Lordan landed back to back trebles at the Curragh on Friday and Saturday as he continued his blistering start to the season.

Derby weekend started well for Aidan O’Brien as he saddled two winners for Lordan dominated on the opening evening, partnering Ballydoyle’s 6/4 joint-favourite Merchants Quay to win the 6f maiden and following up on Delphi, an 11/1 chance, in the 8f maiden.

Lordan’s treble was completed as he captured the TRM Fillies Handicap on the Joseph O’Brien-trained 16/1 chance Music To My Ears in the JP McManus colours.

The Upton star was back for more on Saturday afternoon where he partnered 5/2 favourite Serpentine for Aidan O’Brien to win the 10f maiden by all of nine lengths. He landed a bigger prize on the smart Buckhurst for Joseph O’Brien in the Group 3 Alleged Stakes.

The 13/8 shot made all the running and gamely saw off the Ballydoyle-trained Sir Dragonet by a length and a half. Lordan ended the day with a second Group 3 victory to his name as he again made all the running to win the Comer Group Vintage Crop Stakes on 15/8 favourite Twilight Payment.

The seven-year-old is clearly as good as ever and he was two and a half-lengths too good for Jessica Harrington’s Barbados, with the Melbourne Cup a possible long-term target. It was Lordan’s 13th winner of the term.

Innishannon’s Kevin Coleman landed his second winner and his first in Ireland when the Sean Davis-ridden Red Vermillion won the second division of the 13f handicap.

The 22/1 chance won with a little more in hand than the one and a half-length winning margin might suggest.

Coleman, a Galway Plate winning jockey, now based in Carrick-On-Suir, said, “I had a winner in May of last year in Beverley but this is my first in Ireland and I’m delighted to get it. I have eight in training.”

Champion jockey Paul Townend was a winner on his first ride of the new season as Aramon impressed when beating Petit Mouchoir to take the Grade 3 Grimes Hurdle at Tipperary on Friday. Another for Willie Mullins, the 9/2 chance scored by two lengths and the Galway Hurdle must be among the options for the seven-year-old.

Trainer Garrett Ahern won the opening division of the 2m4f handicap hurdle with the Brian Hayes-ridden Slainte And Thanks, the 15/2 shot scoring in good style from Whitango.