Home Motoring Fermoy Motorists get first view of the all new SEAT Ateca at... 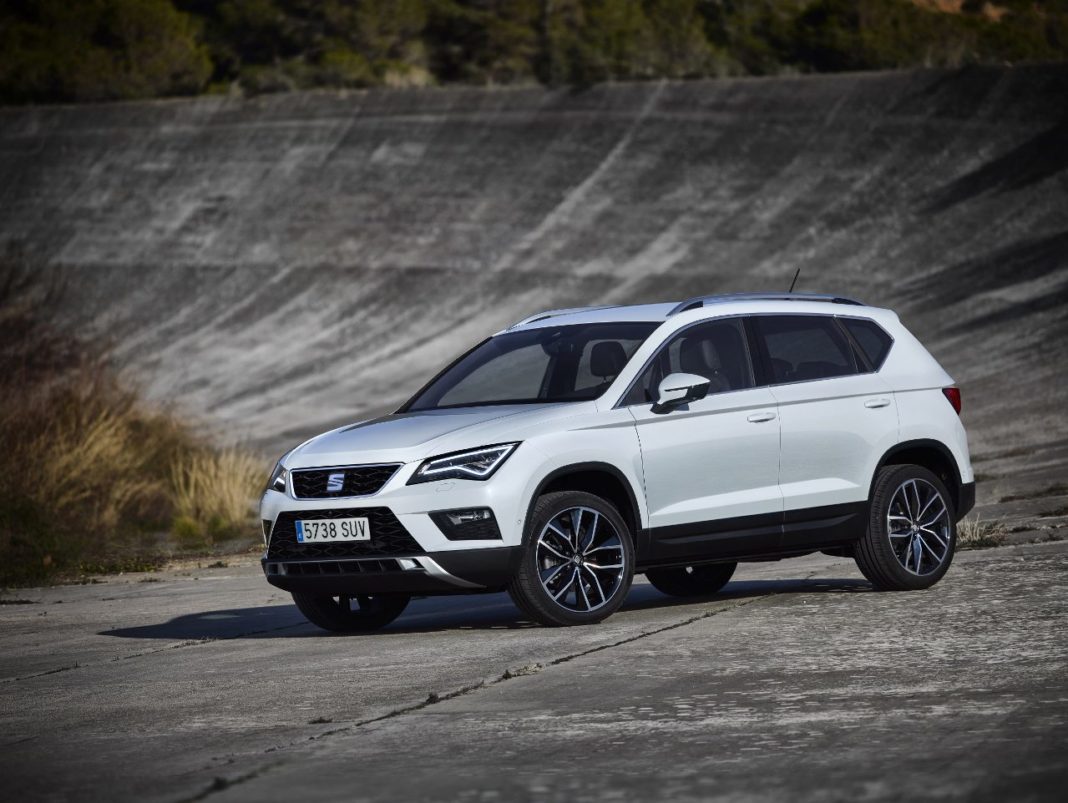 The eagerly awaited Ateca, SEAT’s first ever SUV will go on show at Blackwater Motors on the Dublin Road, Fermoy for the first time on Wednesday June 15th.

The Ateca will be on display from 11am to 6pm on the day and Blackwater Motors brand ambassador, Cork hurling star Patrick Horgan will be present at the dealership from 3pm to 6pm.

The SEAT Ateca, which has received outstanding reviews since it was launched back in March, will not officially arrive at SEAT dealers across Ireland until August, but Fermoy motorists will get the chance to see the car as it makes its way around the SEAT dealers of Ireland for an exclusive preview event.

With prices starting from just €24,750 for the 1.0TSI 115hp petrol model, the SEAT Ateca is set to be the best value for money mid-sized SUV in the Irish market.  Meanwhile, the 1.6 TDI diesel model of the Ateca is priced at just €26,450 meaning the Ateca will offer Irish motorists the most attractive pricing in the SUV segment across both petrol and diesel.

As well as unrivalled value for money, the SEAT Ateca will be the most dynamic SUV on the road offering motorists a host of attractive features adding to the wonderful driving experience that comes with the Ateca.

Niall Cotter, general manager of Blackwater Motors commented; “We are really excited and honoured to be one of the first SEAT dealers to showcase the all new SEAT Ateca, a model we are convinced the people of Fermoy and Cork will instantly fall in love with it. We are also delighted and very grateful to have the support of our brand ambassador Patrick Horgan at our event during what is a very busy period for him. I would encourage everyone to get down to Blackwater Motors on Wednesday 15th June for what promises to be a great occasion.”

Created in Barcelona with German engineering, the SEAT Ateca has been designed to make driving an absolute pleasure and its full connectivity will appeal to customers who enjoy technology.

The SEAT Ateca XCELLENCE offers wireless phone charging and KESSY, a keyless entry start system as standard – so convenient and brilliantly thought through.

Full LED Headlights, multi coloured ambient interior lighting that adjust to suit the drivers mood and welcome lights in the wing mirrors ensure that the ATECA looks every bit as good as it drives.

A full leather interior, an 8 inch colour touch screen media system and heated front seats add to the sense of luxury offered by the ATECA. Prices for the SEAT Ateca XCELLENCE start at €31,120.

The all new SEAT Ateca is available in a choice of 1.0TSI 115hp and 1.4 TSI 150hp petrol engines or 1.6TDI 115hp and 2.0TDI 150hp diesel engines and is economical in fuel consumption across the range.

The SEAT ATECA is available in three trim levels S, SE and XCELLENCE, and will arrive at Blackwater Motors this August.

To find out more about the all new SEAT Ateca, call Niall Cotter and the team at Blackwater Motors on 1850 449 500 or see more at www.blackwatermotors.ie or register your interest at www.seat.ie/ateca