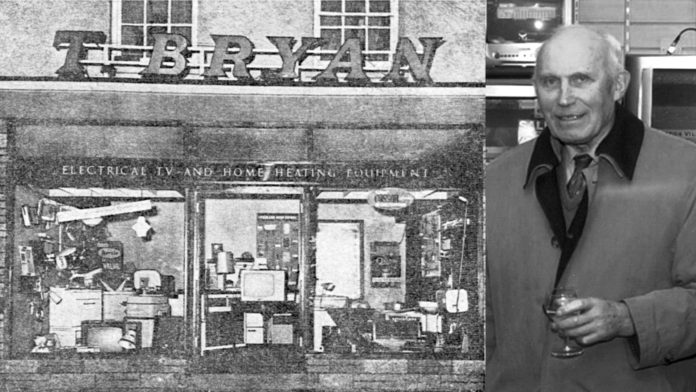 Store to close Thursday as mark of respect

The death on Monday of Thos Bryan, Mandarlay, Fermoy in his 91st year, has drawn many tributes from within the business fraternity for a man of strong vision, driving ambition and for being a valued employer as the founder of Thos Bryan Electrical.

Thos (or Tossie as he was also affectionately known) was a native of Kilcoran, Conna, having been born there on January 19, 1927.

As a mark of respect, the premises of Thos Bryan Electrical & Hardware, Courthouse Road will be closed on this Thursday.