The Avondhu Newspaper
Home All Opinions My Own Don’t hold your breath. Right now Trump is going nowhere 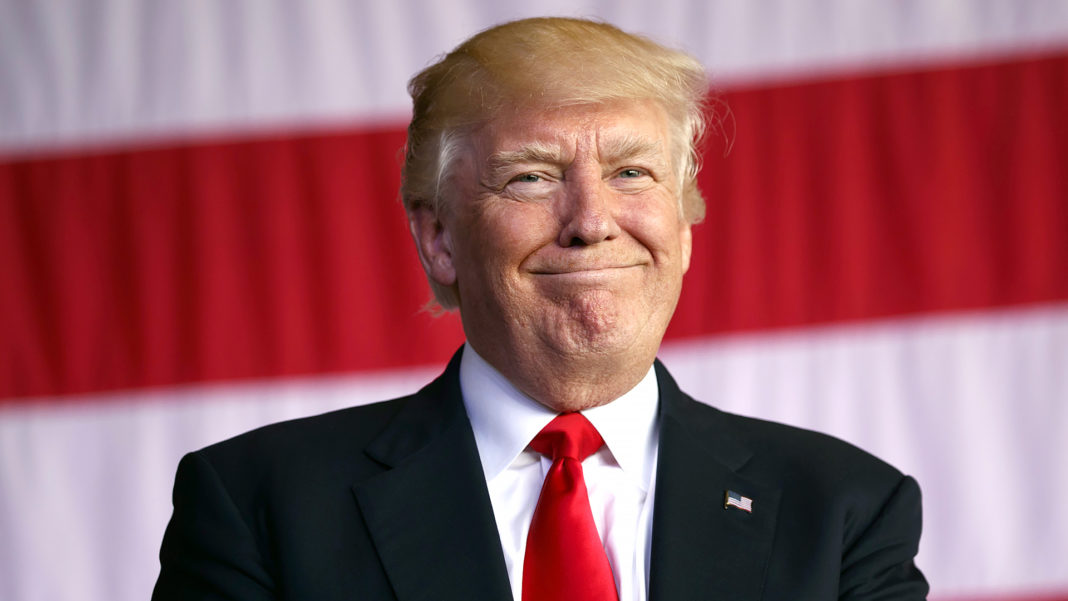 If you’re hoping that Donald Trump will be impeached anytime soon, you’re likely to be disappointed, writes Donal O’Keeffe.

“Donald Trump is not well” was the pitch-perfect response last week of journalists Joe Scarborough and Mika Brzezinski to the US president’s disgusting and downright unhinged Twitter attack on Brzezinski.

It was, even by Trump’s aggressive and nakedly misogynistic standards, appalling. His description of Brzezinski as “bleeding badly from a facelift” echoed his previous “There was blood coming out of her wherever” attack on Megyn Kelly. It’s pretty obvious that Trump is a deeply weird man who has a horror of women and their bodies. After all, this is the guy who once bragged to shock jock Howard Stern that, to his knowledge, his current wife Melania has never defecated.

So, yeah, the US president is clearly not well. And he’s getting worse.

Sure, sometimes Trump is being outrageous to distract us all from something else – and it’s almost always to distract us from those still unanswered questions about Russia’s interference in the 2016 presidential election and the multiple links between Russia and Trump’s family, Trump’s surrogates and Trump’s presidential campaign – but even so, Trump is clearly in a spiral.

At this point few could argue then-President Obama’s warning that Trump is fundamentally unsuited to the presidency. Has there ever been a US president so clearly unhappy in the job? Even at the lowest moments of their presidencies, even at the very point of impeachment, Richard Nixon and Bill Clinton – polar opposites but both hugely intelligent men – believed absolutely in the rightness of their occupying the Oval Office. President Biff Tannen resembles increasingly Gob Bluth as he realises that he’s once again made a huge mistake.

Trump’s tweeting a GIF of his wrestling to the ground a man with a CNN logo for a head was seen by many as an incitement to violence against journalists. In a country with so many guns, it seems only a matter of time before tragedy ensues, and it’s hard not to imagine that Trump knows this.

Then there was Trump’s alleged first meeting with the often-shirtless man’s man despot Russian rotating-prime-minister-and/or-president-for-life Vladimir Putin last week. Are you familiar at all with the characters Howard and Marina from ‘Last of the Summer Wine’, clandestine lovers whom everyone knows are locked in a hopeless, decades-long affair whilst all the while pretending to all around them that they don’t know each other at all at all?

Dunno why I thought of Howard and Marina.

Since pretty much Trump’s election, talk of impeachment has swirled around his fat, tangerine, polyester-clad head. Indeed, there hardly seems to be a week that goes by without the former UK Conservative MP Louise Mensch claiming on Twitter that moves are already under way to depose the Mad King. By the way, it’s bleakly striking that in the United States a Tory is now considered to be a voice of the Left.

Mensch is far from alone. Former Clinton Labour Secretary Robert Reich has been saying since at least January that the Republican Party has ridden to power on the coattails of Trump’s angry, anti-establishment rhetoric and is only waiting for the first opportunity to dump him.

Reich recounted a breakfast conversation with an unnamed Grand Old Party (GOP) friend who claimed they kept their powder dry during the election, despite huge misgivings about Trump. When Reich asked why they didn’t speak out, this was the reply:

“You kidding? I was surrounded by Trump voters. I’d have been shot.”

When Reich asked his GOP friend how they saw things would go next, the answer was interesting.

“They’ll play along for a while,” Reich’s friend said. “They’ll get as much as they want – tax cuts galore, deregulation, military buildup, slash all those poverty programs, and then get to work on Social Security and Medicare – and blame him. And he’s such a fool he’ll want to take credit for everything.”

Asked what happens then, Reich’s friend laughed and said, ‘They like Pence'.

“Pence is their guy. They all think Trump is out of his mind,” he explained. “So, the moment Trump does something really dumb – steps over the line – violates the law in a big stupid clumsy way … and you know he will …”

“They impeach him?” Reich asked.

“You bet. They pull the trigger.”

That might be an appealing scenario to those of us who really don’t want to wake up in the morning and find that all of the increasingly-frantic news reports of escalating nuclear tensions in Korea have suddenly ceased; and along with them, electricity, running water, daylight and food.

How likely, though, is the premature end of the Trump impeachment? How might it work?

Those of us who have watched The West Wing are, of course, all experts on the 25th Amendment to the US Constitution, which states that a US president can temporarily resign and hand over the presidency to John Goodman if, and only if, it’s a season-end cliff-hanger and Martin Sheen’s daughter from The Handmaid’s Tale has been kidnapped by terrorists.

Well, no. 25th Amendment covers presidential succession. The bit of the 25th Amendment which has fascinated most of those who think the Republicans might decide to replace Trump is section four, which states: “Whenever the Vice President and a majority of either the principal officers of the executive departments or of such other body as Congress may by law provide, transmit to the President pro tempore of the Senate and the Speaker of the House of Representatives their written declaration that the President is unable to discharge the powers and duties of his office, the Vice President shall immediately assume the powers and duties of the office as Acting President.”

By any objective measure, it appears at least arguable that Trump and/or his surrogates are compromised by their Russian connections. From there, it seems a short walk indeed to proof of actual, outright, treason.

So, how likely is it that the Republicans will, as Robert Reich’s anonymous GOP friend puts it, “pull the trigger”? Well, politics being politics, the mathematics of the current Congress means that there is right now zero chance that twenty-two Republican lawmakers would cross the aisle and vote to impeach Trump. Ultimately, as in all politics, it all comes down to the next election.

The mid-term elections are 18 months away, but the recent special election in Atlanta, Georgia saw the Republicans hold their ground in a hotly-contested middle-class seat, despite a strong Democrat challenge. Which means that – for the moment at least – there doesn’t seem to be a ‘Trump effect’ to drag down GOP candidates.

Brainless, aggressive and erratic though Donald Trump appears to the rest of us, it seems there is little chance that Mike Pence might think any time soon that it’s in his best interest to try to gain the necessary support for a palace coup.

Of course, and presuming that Trump doesn’t actually end all life on Earth, then perhaps an angry, erratic loudmouth who is, in his presidency, a serial failure, is still a better bet than a competent politician like Mike Pence who is also a cold-blooded, religiously-motivated, homophobic misogynist.

In other words, maybe they will pull the trigger, but don’t hold your mixed-metaphor breath.