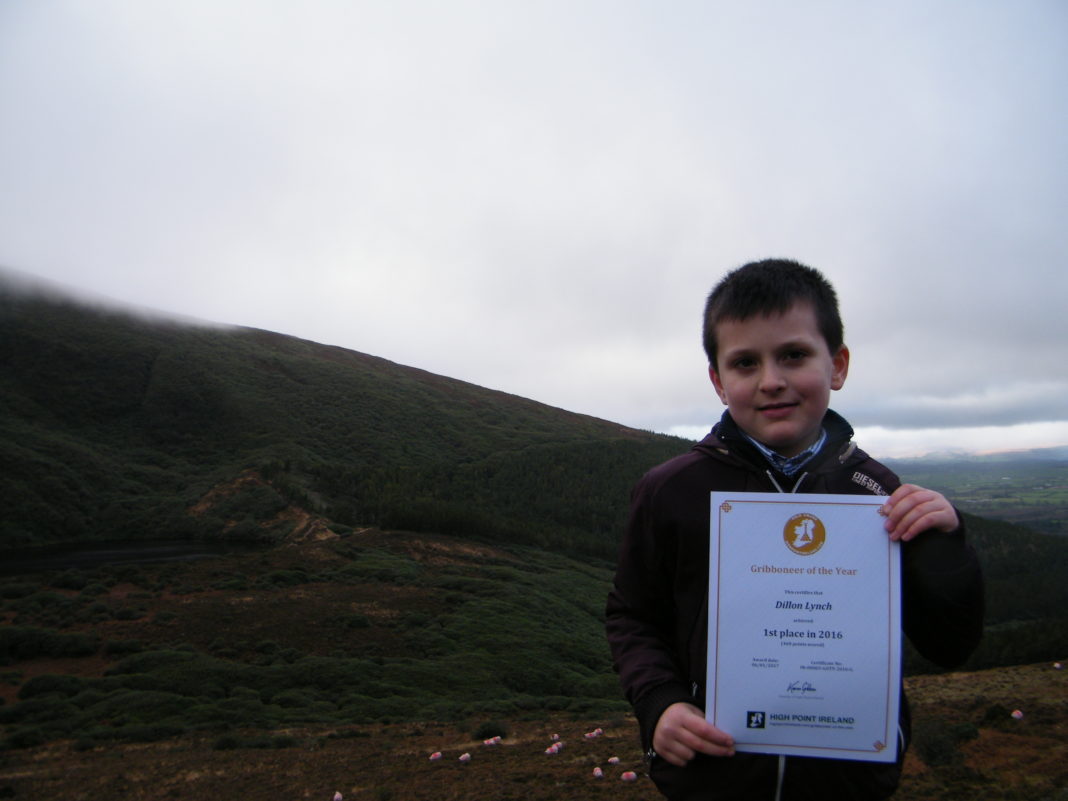 The achievements of young Dillon Lynch from Kildorrery were recognised at the Outsider Awards Ceremony last week, where he won the youth category for his achievement in being the youngest person ever to complete the 32 County High Point Challenge.

The 9-year-old attended the awards ceremony held at the Sugar Cube in Dublin, where famous faces such as Bressie, Annalise Murphy and Deric O’hArtagain were also nominated, with Anton Savage on hand to present the award.

Dillon’s mother Gillian, said they had a fantastic time at the awards night and are extremely proud of Dillion, who was the youngest person to be nominated for an award.