The Avondhu Newspaper
Home All Opinions My Own Cork Life Centre – where education is about a lot more than... 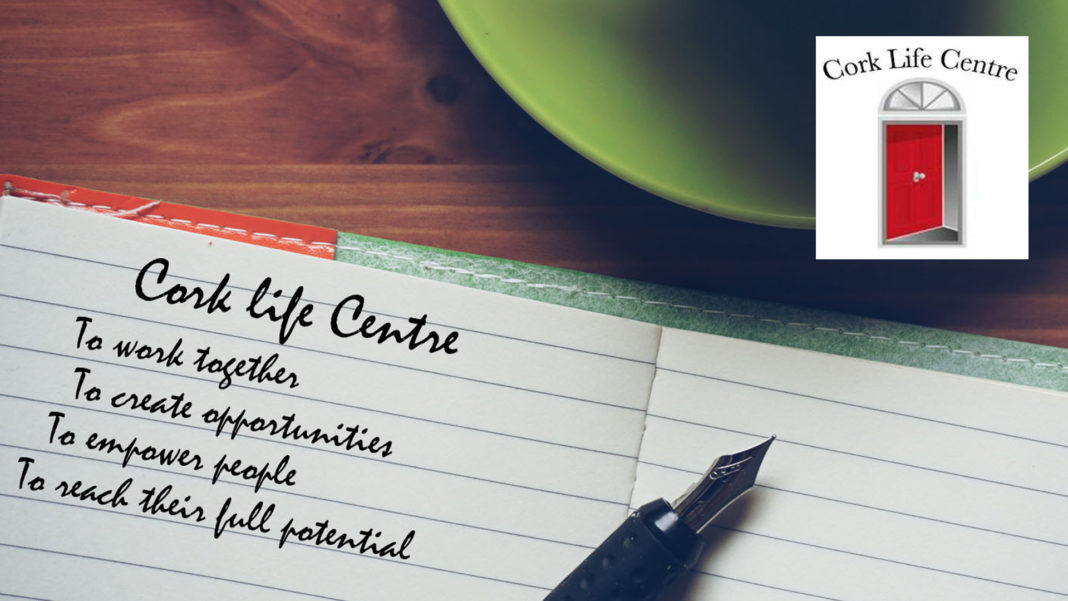 “Leaving Cert results often tell nothing of the work that went into getting those results,” says Don O’Leary, administrator of the Cork Life Centre. “These are young people who were told from an early age they wouldn’t amount to this.”

I walked through the red door of the Cork Life Centre last week and spoke with staff and with students. The Life Centre is located on Winter’s Hill in Sunday’s Well, in the old Christian Brothers’ Edmund Rice House. It was originally the home of the Lord Mayor of Cork and, from the window of what was once the ballroom, Don O’Leary showed me the clear view down to the building that was Cork’s Mansion House from 1767 to 1842, and is these days the Mercy Hospital.

During school term, the former ballroom is a bustling kitchen, preparing up to a hundred hot meals a day.

The Cork Life Centre is a voluntary organisation which offers one-to-one tutoring for children who have fallen between the cracks of our education system and who have become marginalised. Last year, 11 young people availed of the Life Centre’s help and overcame various levels of difficulty to successfully complete their Leaving Certificate examinations. The Life Centre receives only minimal funding from the Department of Education.

Don told me the role of the Life Centre is to offer kids a holistic approach to education, placing as much emphasis on social education as on academic education.

“If you have a fabulous Leaving Cert but you can’t go outside your front door for anxiety, what good is that Leaving Cert? A lot of the young people we see have gone through great trauma. It takes a lot to rebuild a person’s confidence, and that’s what we try to do here.”

I spoke with some of the Life Centre’s students and one word came up over and over. “Family.”

“Everyone here has a smile,” says Darcy Faye. “The students are so kind. It’s more like a family here than a school.”

Darcy came here two years ago, when she was 18. She had had problems in her previous school, where she says she saw a lot of bullying. She says she stood up for other kids and became labelled a problem student. Suffering from anxiety, she dropped out of school and became withdrawn. Now, she is waiting on the results of her Leaving Cert.

“Thankfully I got a place here. Everyone was saying to me ‘We never saw you so happy!’”

Daragh Cotter is 16 and has been a student for five years. He says he found the transition from primary to secondary school very difficult, and found being in large classes caused him sensory overload. He came here suffering from severe social anxiety. He finds the Cork Life Centre a much gentler experience.

“Everything here is done individually,” he says. “There is no assumption on generalisation. Everyone here is equal. It might be harder to do that in larger, more mainstream schools.”

Daragh, too, says this is more a family than a school.

“Everyone comes out friends in the end here. You couldn’t stay mad at your siblings forever, could you?”

William Cooper is 18. He says he didn’t get along in mainstream education and 'went off the rails' in the first year of secondary school. He says he was written off by his teachers and he fell under the influence of older kids.

William’s dad got him an interview in the Life Centre and straight-away he loved the place. Initially, he says, he couldn’t get over the informality of the Life Centre, noting that everyone is on first name terms.

“There’s that bit of respect there,” he says. “By getting to know the teachers, they got me talking about my passions – at the time, gaming and astronomy – and then I got writing essays and suddenly I realised I loved education!”

William is now a six-times Irish champion in jujitsu and he has big plans for the future, training in Mixed Martial Arts with Conor McGregor’s coach, John Kavanagh.

“I will become a professional and I know for a fact I will be a champion. I owe that confidence to the Life Centre.”

Amber O’Callaghan is a former student and is now an advisory panel member of ‘Jigsaw’, the youth mental health service. She too experienced bullying in school and it left her suffering from anxiety and panic attacks. She says she loved the Life Centre from the moment she came here, being especially impressed by the informality of the place.

Amber says she hated subjects like History and English when she arrived here and – thanks to her teachers Jason and Peter – she ended up falling in love with both subjects.

She says that she started writing essays and she went on to become a published poet. She says Don introduced her to the idea of counselling and “my whole life changed”.

Amber says her experience in the Life Centre gave her back her self-confidence. “I started to become the person I used to be, the person I was meant to be.”

On the wall in the front room is printed the legend: “Always remember you are braver than you believe, stronger than you seem and smarter than you think”. It’s a quote often attributed to AA Milne, but it reportedly comes from a Disney Winnie the Pooh film. No matter, it is apt here.

“The important thing to remember,” says Don O’Leary, “is there is worth in every human being. Respect is a two-way street and our red door is always open. If a young person says ‘I want to get back into education’, we will do everything we can to help.”