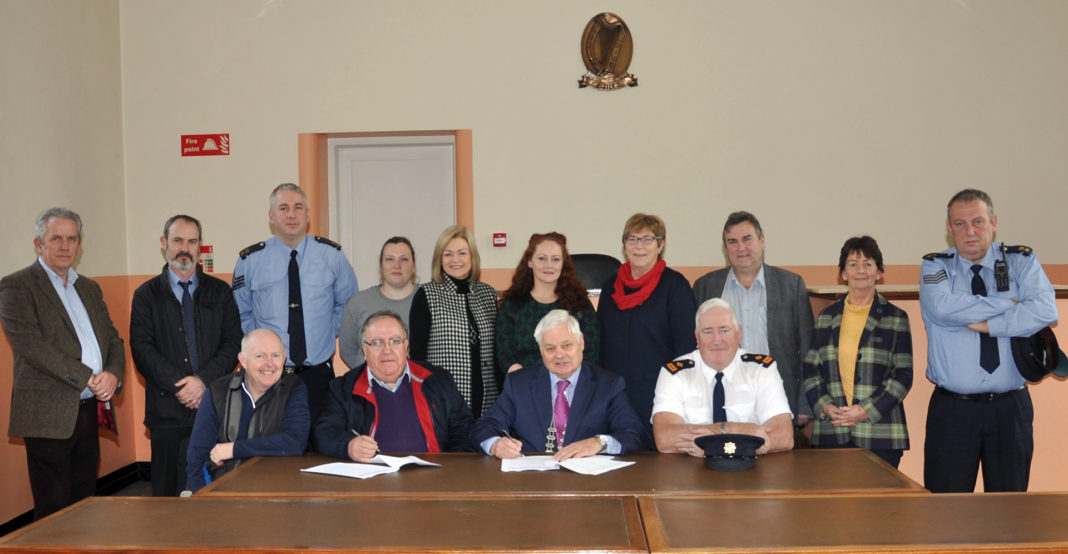 Cork County Council have signed a contract with SKS Communications to install a new hi-tech CCTV system around Mitchelstown protecting businesses and homes close to the town centre.

The €28,000 contract to install the cameras aimed at reducing crime in Mitchelstown, was signed by Fermoy Municipal District chairman Cllr Frank O’Flynn at the Courthouse, Mitchelstown this week.

Addressing the gathering, Cllr O’Flynn said he was delighted as chairman to be rolling out the scheme, stating that the CCTV system in Fermoy had been a tremendous success.

“The CCTV has worked well in Fermoy and other towns and I have no doubt that it will be a success in Mitchelstown too.”