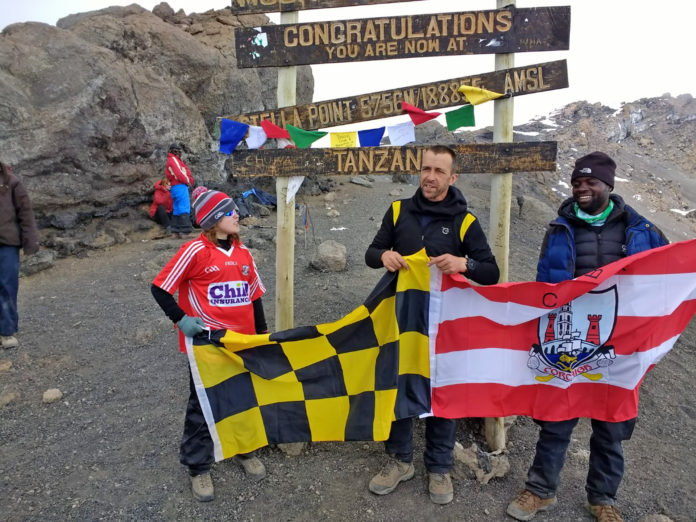 15 year old Aisling Creed from Fermoy reached the summit of Kilimanjaro last week along with her dad Bosco Creed, her best friend Moya Gilligan and the rest of the fantastic Kilimanjaro Achievers team.

Aisling suffers from scoliosis and has been through multiple major operations since birth.

She and Moya decided that they wanted to climb Kilimanjaro after both girls went through major operations in Blackrock Clinic last year.

Their anaesthetist, who is on the Kilimanjaro Achievers team, suggested the idea to the girls and decided they would be up for the challenge, having already overcome so many physical and emotional challenges in their lives.