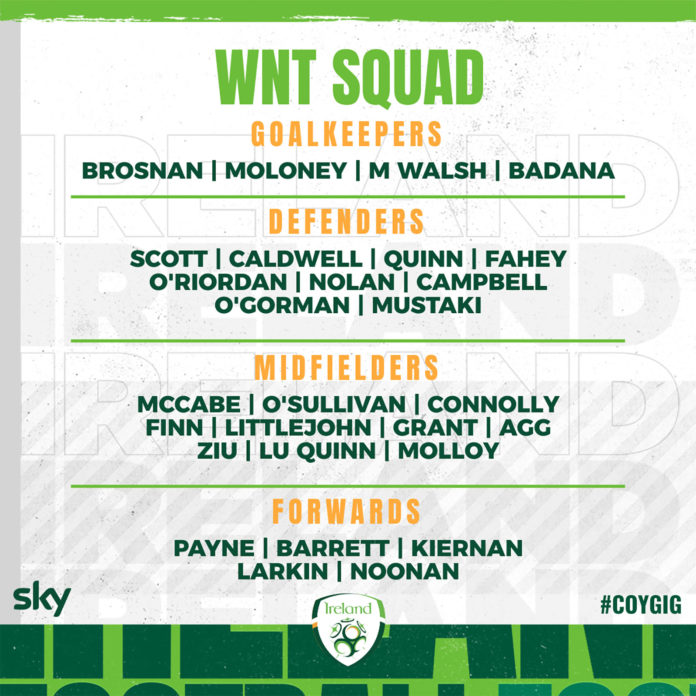 Ireland will host Finland in Tallaght Stadium on Thursday, September 1st in what is expected to be a record crowd after tickets for the game sold out in just 30 minutes.

A flight to Bratislava will then follow a few days later as Ireland take on Slovakia on Tuesday, September 6th in their final qualifying game in Group A.

After recently moving up to their highest ever position in the FIFA Women’s World Rankings, Ireland are now targeting a spot in the Qualifying Play-Offs for next summer’s World Cup tournament in Australia and New Zealand.

There is also a recall for Kildare native Hayley Nolan – who has converted from midfield to defence with London City Lionesses – and is selected for the first time since making her debut away to Belgium in April 2021.

Injuries rule out the quartet of Savannah McCarthy, Aoife Colvill, Rianna Jarrett and Kyra Carusa. The squad will report into camp on Sunday, August 27th and begin preparations for the two Group A games at the FAI National Training Centre.

Both games will be broadcast live on RTÉ2 and worldwide on the RTÉ Player.

60% of parents are concerned about their child’s immunity going back...