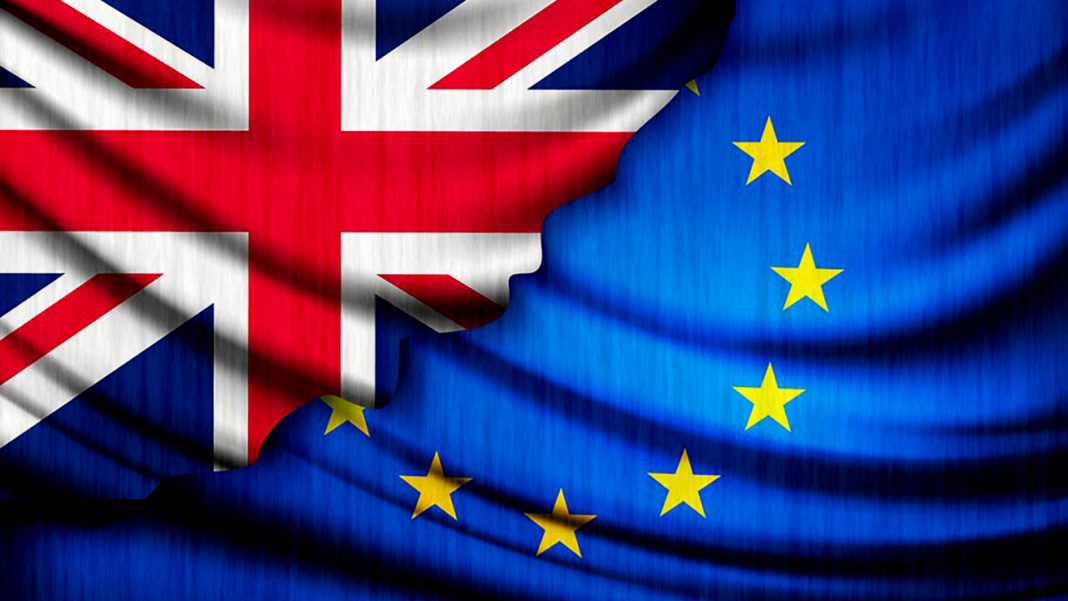 In a multiple-choice reality, Trump and Johnson are the new normal. Don’t think it can’t happen here, writes Donal O’Keeffe.

There’s an ancient Irish curse, “Go mairfidh tú in aimsir suimiúil dhuine éicint eile”, which translates roughly as “May you live in somebody else’s interesting times”.

It’s a fascinating coincidence that this phrase is so similar to, and yet so subtly different from, the more famous ancient Chinese curse “May you live in interesting times”.

This is, surely, the perfect metaphor for Brexit, and its toxic effects upon the island of Ireland, and how we are caught helplessly in our next-door neighbour’s nervous breakdown.

Well, it would be, if I hadn’t just made it up. There is no ancient Irish curse saying “May you live in somebody else’s interesting times”. I made it up, and I asked my friend Nuala Ní Chonghaile to translate it to Irish, seeing as I only spent a decade or more in the Irish education system and thus can’t even understand the Nuacht which Nuala reads. And that ain’t Nuala’s fault.

In my defence, there isn’t actually an ancient Chinese curse saying “May you live in interesting times”, either.

That particular phrase appears to have been invented by Austen Chamberlain, brother of UK Prime Minister Neville Chamberlain. The nearest related Chinese expression, apparently, translates as “Better to be a dog in a peaceful time, than to be a human in a warring period”.

A more modern version of that might be “Better to be a dog in a time of objective truth, than to be a human in a time when reality is multiple choice, and fact can be Trumped by fake news, leaders pretending real news is fake news, and deep-fake technology showing you whatever the people in charge want you to think is real’.

Here we are, living through the interesting times of the United Kingdom of Great Britain and Northern Ireland, unable to intervene as English nationalists in the Conservative and Unionist Party are so deeply in the pockets of spivs, chancers and hedge fund barrow-boys that they will happily abandon the North of Ireland and Scotland if that’s the price of freedom from the tyranny of the EU. The project that has kept peace in Western Europe for six decades stands in the way of their ambition to create an unregulated, free-market Singapore-on-Thames.

It’s impossible to keep up with the perpetually exploding clown-car that is Brexit, but at the time of writing it appears Boris Johnson’s (or rather his advisor Dominic Cummings’) current plan is to offer the EU a back-of-a-beermat, dog-ate-my-homework withdrawal plan so insultingly half-arsed (a border down the Irish Sea and another between the North and the Republic, ten miles wide) that the EU will throw it back and he can then blame the EU and Ireland for the breakdown.

It was hard last week not to imagine Johnson (as PM, a co-guarantor of the Good Friday Agreement) phoning Leo Varadkar: “Now, Murphy, I know you don’t want a border, but what say you to… TWO BORDERS?”

Alexander Boris de Pfeffel Johnson is, of course, is a notorious liar and philanderer. He was sacked from The Times for making up quotes, famously wrote two opinion pieces on Brexit, one pro and one anti, before running the one he judged would serve his own interests better, and his Wikipedia page lists him as the father of five or possibly six children.

As Marina Hyde said in the Guardian of Johnson’s “Get Brexit Done” slogan, “Yet again, Boris Johnson swears blind he’s going to withdraw on schedule. A promise an unspecified number of single mothers have heard before.”

Johnson likes to rail against what he calls “the Surrender Act”. The European Union (Withdrawal) (No 2) Act, known as the Benn act, requires him to write to the EU asking for an extension until 31 January if he fails to get a Brexit deal agreed at Westminster by 19 October.

The speculation this week has been that Johnson will try to circumvent the Benn Act, perhaps by sending a second letter to the EU contradicting the request for an extension. Another possibility is that the UK might seek to break the consensus of the EU 27. The EU can only grant a further extension if all 27 countries agree to it.

Hungary’s Victor Orban, far-right strongman and friend to Putin and Trump, is an obvious candidate. Perhaps he might be persuaded that the chaos of a no-deal Brexit would be a good thing, but Hungary needs the EU, and it’s hard to see him taking the bait.

Polish Prime Minister Mateusz Morawiecki, of the populist right-wing Law and Justice party, might be another target. According to the 2016 census, there are 911,000 Polish people living in the UK. Perhaps Johnson intends to lean on Morawiecki. Who knows?

Regardless, a general election is Johnson’s real plan, and the horrifying thing is that Jeremy Corbyn, Lentil Jesus of the Allotment himself, is so toxically untrustworthy that the most ideologically pure and cosmically useless leader the British Labour Party has ever had – polling currently at minus 60% – seems set to guarantee Johnson a landslide, after which he can do whatever he damn-well pleases.

Brexit was sold on a tissue of lies, after a prolonged period of Tory austerity, in a country unused to referendums, with a first-past-the-post system so undemocratic that most people are used to their vote counting for nothing.

Johnson stood by the lie – on the side of a bus – that the UK sends £350 million a week to the EU, money which would be better spent on the NHS – an NHS which Johnson would love to see privatised.

That wasn’t the only lie upon which Johnson sold Brexit. In February 2016, Johnson claimed that Brexit would leave arrangements on the Irish border “absolutely unchanged”.

The only the thing worse than living in a post-truth world is simultaneously living in a post-shame world. It’s bad enough to accept that leaders tell lies, but now it’s okay that they don’t have to resign when they’re found out.

Donald Trump won’t resign when faced with impeachment. He’ll brazen it out, and he’ll almost certainly get away with it, even as he appeals publicly to foreign governments to influence US elections. His Republican colleagues who control the Senate know their base only cares about abortion, and so long as Trump continues to stack the Supreme Court with anti-choice judges, he might as well be caught eating a baby, for all the ‘pro-life’ care.

Similarly, the possibility that Johnson’s serial inability to control his own Johnson may implicate him in a corruption scandal matters not a whit to the blue-rinse Tories who know he’s their best bet of an over-all majority because – like Trump – he’s a cartoon character who was on the telly and people are so pissed-off they’ve decided to send in the clowns.

This is the new normal. This is Putin’s world now.

And here we are, stuck in the middle.