Home Sport Tony gets gold at National Half Marathon 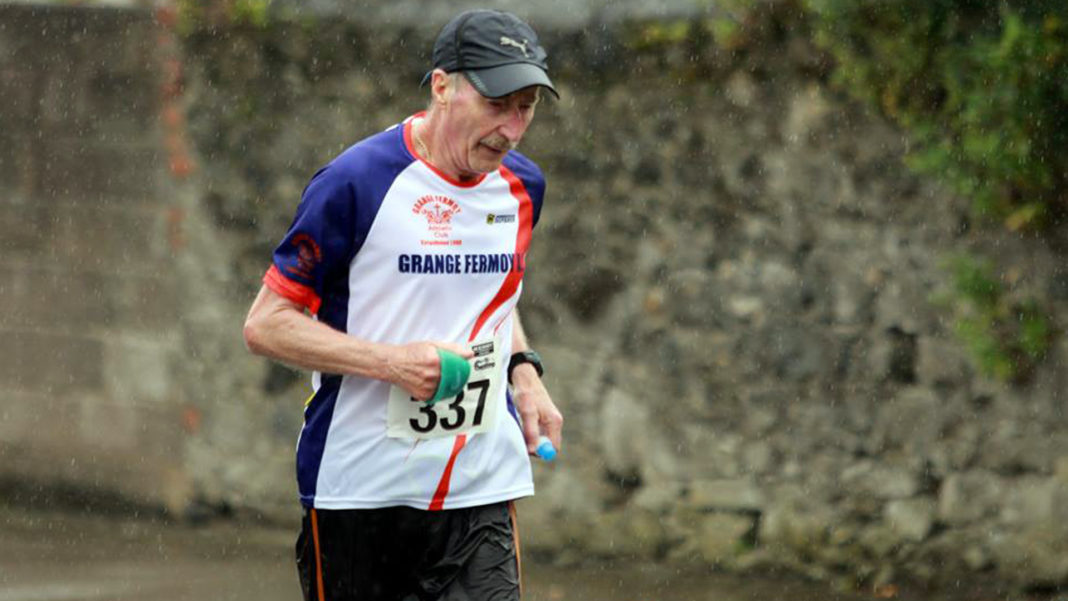 The well known Tony Dunne from Fermoy retained his title and took home the gold medal once again from the Affidea ExpressCare Rock ‘n’ Roll Dublin Half Marathon in the Over 75s category which took place in Dublin city on August 12.

Tony and his wife Maggie are often spotted running together in the Fermoy area and it was thanks to Maggie that Tony first became interested in running at a serious level.

An avid squash player in the 70s and 80s, Tony was also a sportsman but it was when he took up running, simply to keep his wife company at first, that he really found his niche.

“I really enjoy running. I don’t run to lose weight or stay fit, I just like it. It’s a great stress reliever too,” Tony told The Avondhu.

The Grange AC representative will be turning 77 next month but for Tony, age hasn’t really had any major effect on his training.

“I’m not as quick as used to be but I still do the same routes I’ve always done. I’ve been very lucky really. I must have run over 40,000 miles in my life but I never had any major injuries,” he said.

His training regime is an intense one but Tony enjoys sticking to his schedule. He usually aims for three shorter runs during the week and two sessions in the gym.

Sundays usually involve a longer run and he allows himself a rest day on a Saturday.

His usual routes include a run on the Cork road towards Rathcormac, a few circuits of Glenabo Wood, a run across Kent Bridge, up Barrack Hill and down Pike Road.

Tony often does a few loops of St Colman’s Park too to clock up the mileage.

It was a proud day when he won the gold medal but he already has his mind focused on the full marathon run which takes place in October.

Having won the race last year, Tony hopes to defend his title and bring home the gold once more.

In preparation he will run the 10 mile Cork City Marathon, the Charleville Half Marathon and a few other races, as he looks forward to his weekly runs with his wife Maggie.