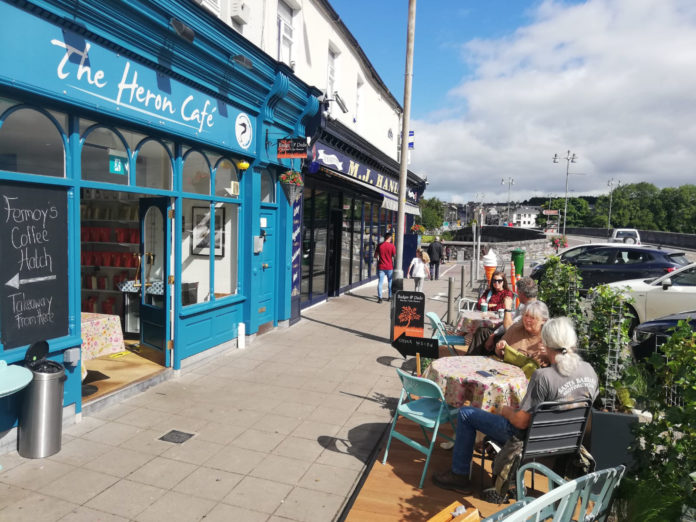 History repeats itself as well-known local coffee connoisseurs, The Brew Boys Coffee, are making a return to where it all first started.

On Saturday, October 8, The Heron Café on Pearse Square in Fermoy will be holding an official reopening under The Brew Boys Coffee, run by Owen Cashman and Piet Du Toit.

“We got the opportunity to lease The Heron Café and both myself and Piet learned the coffee industry there. When the opportunity came up, we grabbed it with both hands,” Owen told The Avondhu.

October 1 saw the Brew Boys move into The Heron Café but Saturday, October 8 will officially mark the new venture in the town centre location.

‘STUFF’ IN THE PIPELINE

For Owen and Piet, this will be the Brew Boy’s first fixed coffee house premises, having started in a coffee trailer which they now run at Blackwater Shopping Centre and move around to wherever the need for a coffee fix arises.

The Brew Boys also have a semi-permanent unit at Toss Bryan’s with a seating area in the garden centre and a purpose-built garden alongside the car park.

“It’s a very central location, ideal for parking outside. Hopefully, we’ll bring the level of the Brew Boy’s experience into the Heron and merge with the staff who are already very experienced and just drive it on.

“For now we’re trying to make the move as subtle as we can while having the consistency of the Brew Boys being there. There might be little tweaks, but the first few months are all about transitioning everybody. There is stuff in the pipeline but for now, we just need to get settled in,” Owen added.

Returning to The Heron Café marks a significant milestone for the Brew Boys, as Owen notes.

Members of the public are invited to come along Saturday to the official reopening of the Heron Café, to enjoy a coffee and a cookie and meet Owen, Piet and staff as they celebrate the new venture.