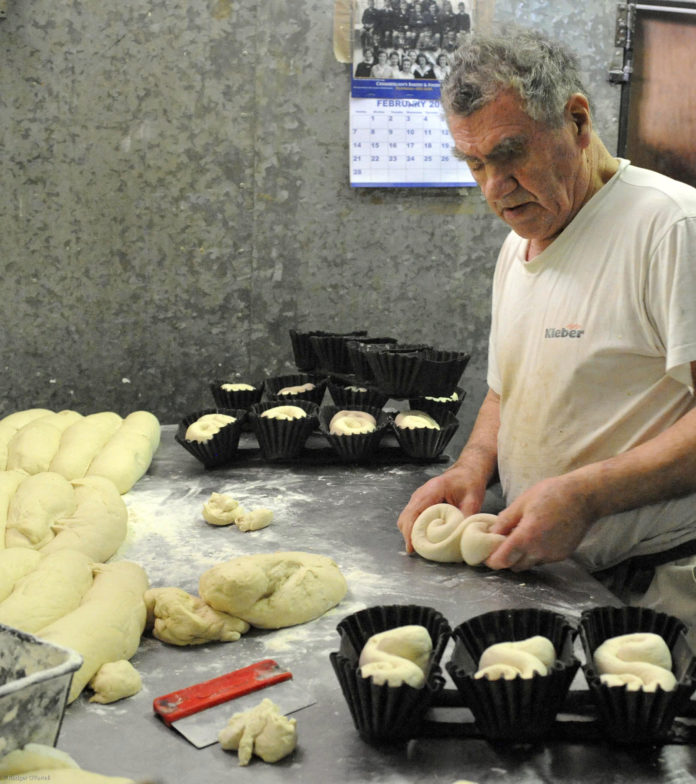 It is with sadness we record the passing of another dearly loved gentleman, welcoming and appreciated member of the Mitchelstown community, Paddy Chamberlain.

As a firm supporter of the annual St Patrick's Day parade, he was fondly remembered and sympathies were extended to his family at the local event on Sunday afternoon in the town he loved, served so well and introduced many to over the years in that Christian, caring way of his.

Paddy once said ‘Why in the name of God would anyone choose a job where you work while all the world is still asleep’. That is the way it was for him for much of his working life and he made the best of it while producing the special brand of crusty loaf that Chamberlains are famous for in the town, surrounding countryside and much further afield

In a special article in The Avondhu on Thursday, April 8, 2010, penned by the late Rodger O'Farrell, Paddy outlined his life story, which is the source of much of this tribute to a special baker, brother, father, friend and community person, who enriched the lives of those who had the pleasure of meeting him in the church, in 'the lane', in the town or on his many travels.

After leaving school, Paddy went to work as a baker with his father John, at Clifford’s Bakery – now Roche’s Supermarket at Upper Cork Street. Paddy would spend one year there before moving on to the Co-Op Stores across the road, where he worked for three years for £2 a week.

He was then on the move again, this time to Walsh’s Bakery in Knocklong in South Limerick. Again this would be a short stay before he headed for London.

Paddy spent five years there, working in an Italian bakery before making his next move. The high seas would be the next port of call and he joined the Merchant Navy.

In his own words, ‘a chance to see the world and get paid for it’.

On board the Strathhaver, Paddy surveyed the globe from London to Australia, sailed the Mediterranean and Suez Canal and enjoyed perks like the purchase of cheap whiskey and the best of wines!

It was the incessant heat that made life on board the ship sometimes nearly unbearable. While Paddy was on board the great cargo ship, his brother Seanie was still back on dry land.

However, on his return from the high seas, the Chamberlains were reunited as bakers, this time at Lower Cork Street in Mitchelstown in the early 70s – and the rest is history, with lots of stories doing the rounds this week of the dynamic duo and the team that provided the life bread and more for so many, up to the present day!

Paddy, whose passions included music and dancing, is now at peace and asleep in the company of family and friends in God's Heavenly Kingdom please God, where, no doubt, the loaves, delicious soda bread and tasty treats will be welcome indeed! Rest in peace Paddy!

Paddy, who was predeceased by his daughter Susan (Eades) and sister Mary (Lowe), is survived by sons Edward and John, brother Seanie, sister Brigid (McGonagle) and grandchildren Marney, Ellie, Charlie, Lewis, Sam and Joe; son-in-law, daughters-in-law, his carers Reminta and John, nephews, nieces, relatives, neighbours and friends, to whom we extend our sincere sympathy.

Large crowds attended the funeral ceremonies in a fitting tribute to a life well lived … his way. Following requiem Mass on Wednesday in the local parish church, his mortal remains were laid to rest in the adjoining cemetery.