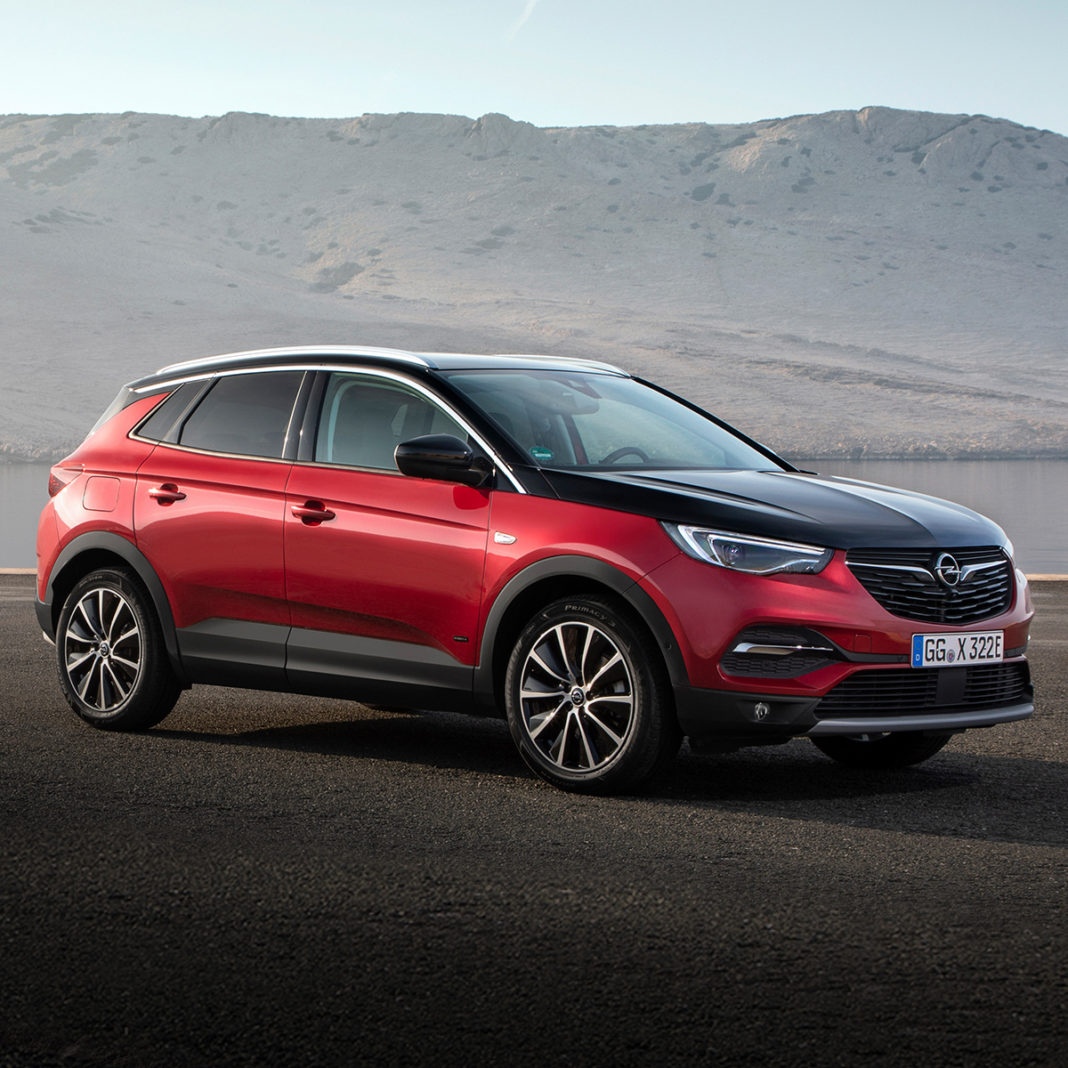 In recent years Opel has started to add an ‘X’ to their crossovers and SUVs. Two years ago the German manufacturer introduced the Crossland X and the Grandland X.

The Grandland X is the biggest SUV in the Opel stable, larger than either the Crossland X or the Mokka X, which are similar.

Now Opel has introduced the Grandland X plug-in hybrid, which offers the driver the best of both worlds; silent, inexpensive driving if you have the patience to charge the battery or unlimited driving when using petrol.

I like plug-ins cars as you are never stuck for energy unlike in a fully electric car.

Talking of electric, a survey last year by Kia found that a full charge from a public charge point for an electric car will cost you approximately €12.67, and that works out at roughly four euro for every 100km you travel. You wouldn’t get far on four euro worth of petrol or diesel.

The Crossland X is geared towards urban drivers, while the Mokka is aimed at drivers who want a four-wheel drive SUV.

But the Grandland X is bigger than either of those two and is Opel’s most appealing design that carries an X in its title.

The Grandland X shares the same platform and engines as the Peugeot 3008, which was voted Continental Irish Car of the Year for 2018. It was developed in conjunction with Peugeot, but in advance of the announcement that the PSA (Peugeot/Citroen) group was buying Opel.

This is a massive car and the 1.6-litre plug-in hybrid has 300 brake horsepower.

When the grant and VRT rebate is taken into account the price for the all-wheel drive is €47,415. Or if you prefer, the front-wheel 225-brake horse power version is available from €36,645.

You can get up to 50Km in pure electric and regenerative braking can boost this range by up to ten percent. Not great, but that’s typical range for a plug-in.

Plenty of room inside and a spacious boot also. Black is the dominant colour in the cabin, but a white roof gives the decor a lift.

My only complaint is that there was no spare wheel, but that’s understandable as space is required for the battery.

In the cabin there is plenty of head and leg room for five adults. The front seats are very easy to adjust and there is a decent-sized console between the driver and front seat passenger where you can place drinks etc.

My test car came in a lovely shade of blue and it certainly attracted a lot of attention in the car parks that I visited.

Since we were visited by the coronavirus, Irish people are maybe a bit worried about travelling on public transport.

And in a recent survey over half (55%) of people in the country who do not own a car, are now considering buying one.

Also some people with good pensions may have more disposable income after the Lockdown as there is anecdotal evidence that not much cash was spent since March.

Either way the motor industry is hoping for a big surge in new cars sales in July and if you are looking for a big car with plug-in capabilities, I think the Grandland X is worth a test drive.