Home All Opinions My Own Reopening the sweetshop that time forgot 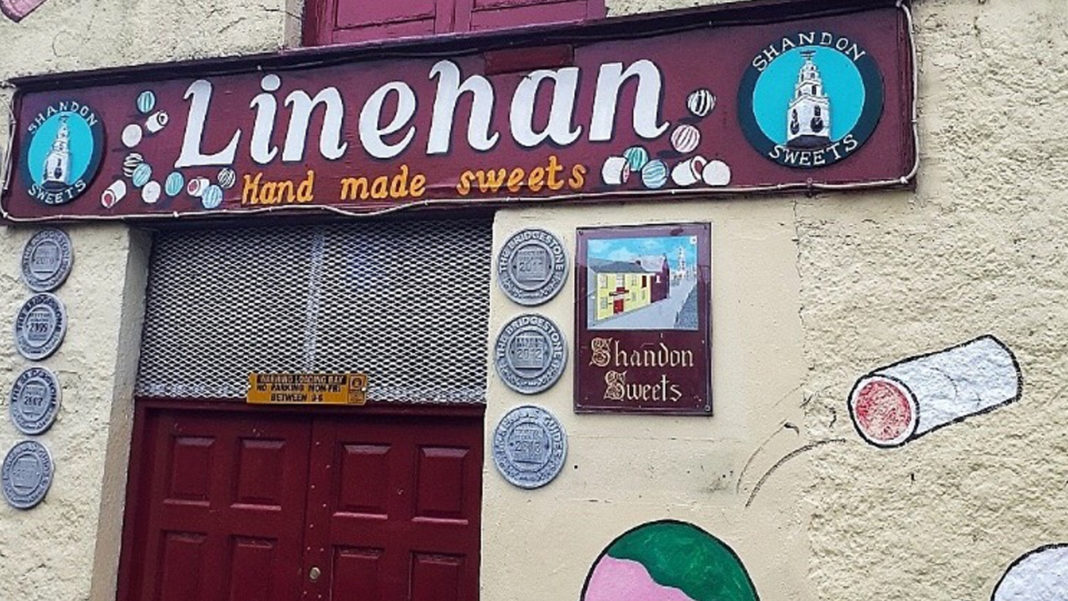 The last sweet factory in Ireland is reopening (or re-reopening) and maybe it’s a sign of better days ahead as we tentatively exit lockdown.

I drive up John Redmond Street in Cork most evenings, and it always makes me a little sad to see the sign on the door of Shandon Sweets saying “Closed until further notice”. That sign has been there all through lockdown, and it was there for ages prior to it too, only coming down for a short period before the country fell off the Covid cliff. The good news is the sign is coming down again, hopefully permanently, this week.

Shandon Sweets is located by the Firkin Crane Theatre, and the Butter Museum, up at the top of Shandon and under the shadow of St Anne’s steeple. It’s been run for years now by father and son Danny and Tony Linehan, and it began in 1928, under Danny’s father Jimmy, as the Exchange Toffee Works, at a time when sweet factories were ten a penny in Ireland.

Shandon Sweets is the only surviving sweet factory in the country, and the chances of its continued survival have seemed precarious – to say the least – this past year, so hopefully it is now heading into better times.

When I called just before the lockdown, Tony Linehan told me he will never forget Monday, 1 July, 2019. He’d gone for his lunch barely half-an-hour when a neighbour rang to tell him his family business of 90 years was ablaze.

Four units of Cork Fire Brigade put out the fire, but the 200-hundred-year-old building was gutted. For Tony and his 80-year-old dad, Danny, this looked like the end of the road.

“We were devastated,” Tony said. “It was touch-and-go as to whether the building would be salvageable at all, and even when the engineer said it was still structurally-sound, and the insurance came through, we faced a huge decision as to whether we even should re-open.

“At the end of the day, I think we made a wise choice.”

The fire exposed dozens of metal hooks along the ancient ceiling beams of a building once a stable for horses drawing butter to the Butter Exchange. Bales of hay, from the overhead loft, were hung from those hooks. That loft would later be home to the Cork Shakespeare Company, which gave a start to the likes of Joe Lynch, Niall Tóibín, and Liam Ó Murchú.

When I visited the restored and repainted Shandon Sweets, shortly after it reopened, it looked good as new, its interior neon-bright and lemon sherbet yellow. The copper pans, steel tables and Victorian moulding machines, equipment as old as the recipes used even into the 21st century, all survived the blaze, and a glance at the shop counter revealed timeless favourites as beloved now as back in 1928: bullseyes, clove rocks, pear drops, apple drops and cough drops.

Tony told me that one blessing of the fire was that it allowed them to carry out the upgrade they’d never got around to. He said at the time that the business was slowly rebuilding.

“We lost 25% of our customers. After months without stock, they couldn’t wait. We totally understand, and hopefully we’ll get them back. We’re getting there. Our customers here in the shop are brilliant. People are amazing.

“You only know who your friends are when you’re in trouble.”

(Just as Tony said that, there was an impatient knock on the door, and a neighbour called to say she was delighted to see the place open, and she wanted to buy some sweets. Tony laughed and told her to take her pick.)

The first time I interviewed Tony’s dad, Danny, a few years ago, he told me he only took a job in the sweet factory to help his dad for a while, and then, in time, Tony would do the same, filling in for what was only supposed to be a short time. The business has been the Linehan family’s life for over 90 years.

Every sweet made in Shandon Sweets is made using the same ingredients used since 1928: sugar, sucrose, syrup and water, and a sign inside the door describes the manufacturing process: “The huge copper pans, the moulding machines, even the recipe, are the same since Dan’s father founded the factory. Today, the methods used in the manufacture of sweets (are) the same as back in the 1920s.

“The … mixture is boiled to a high temperature for three quarters of an hour. Then this hot, viscous liquid is poured onto a large metal table. Now the colours and flavours are added. From here begins the Shaping Process. As the mixture solidifies in about fifteen minutes, they have to be very fast and sure in their movements. The mixture is pulled and rolled into strips of about four feet (which) are then fed into a chopping machine.”

Now, over three months later, the “Closed until further notice” sign is coming down, and the business is reopening again.

I met Danny outside Shandon Sweets last evening, looking considerably younger than his four score summers, and he told me he’s looking forward to getting the factory up and running again.

“We’re here a long time, and it just wouldn’t be the same if we didn’t have this place. Please God we can get back to normal as soon as possible.”

As the sweetshop that time forgot reopens, a big part of Cork’s living history is coming back to life, offering fresh childhood memories to a whole new generation. It’s always worth a visit, especially if you have small people in tow.

In a present which seems very uncertain, as we look to a future ever-unknowable, one reassuring piece of our past is still with us.

Cork wouldn’t be the same without Shandon Sweets. Perhaps its reopening, or even its re-reopening, is a sign of better days ahead.