Home All Opinions My Own Remembering Jim Henson 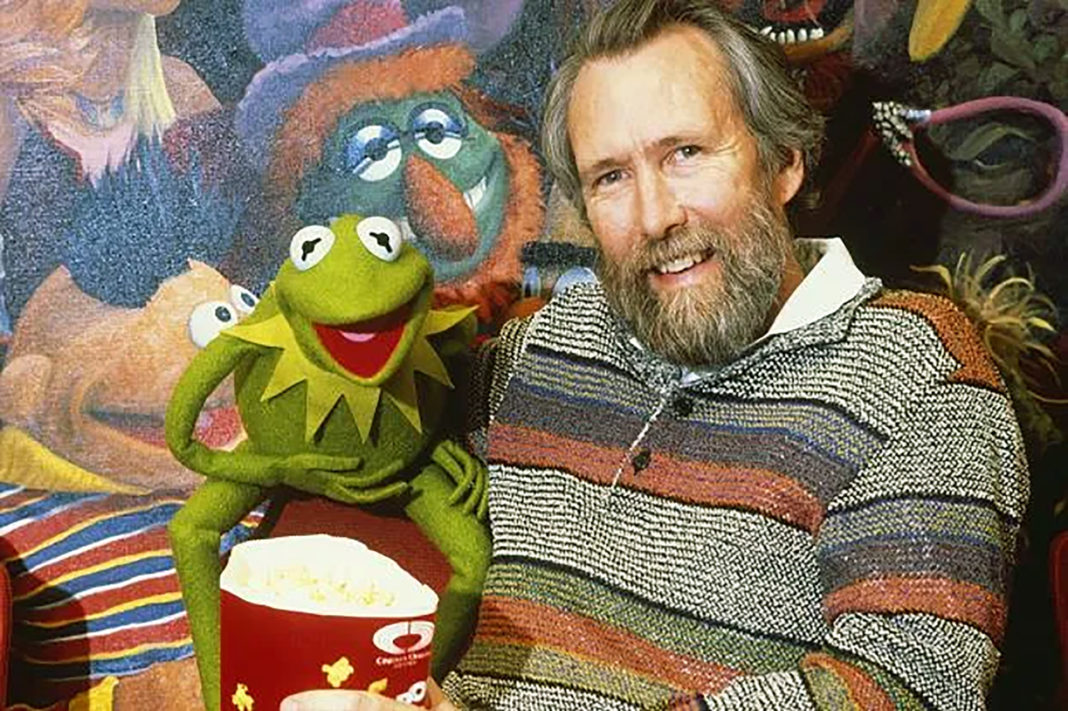 Apart from gentle piano accompaniment, there was pin-drop silence as Big Bird waddled up the aisle of Manhattan’s Cathedral of St John the Divine. Outside, the NYPD struggled to keep traffic moving as hundreds of mourners thronged the streets. It was May 21, 1990, and fans, friends and family gathered to remember Jim Henson, puppeteer, Muppeteer and visionary artist, dead at 53 of untreated streptococcal pneumonia.

Five thousand people packed the cathedral for a showbiz extravaganza. Henson’s friend Harry Belafonte sang “Turn the World Around”, as each member of the congregation held aloft a fluttering foam butterfly atop a puppeteer’s wand, and Henson’s fellow Muppeteers performed a medley of his favourite songs, culminating in an assembly of Muppets singing “Just One Person”. In accordance with Henson’s wishes, nobody wore black, and the Dirty Dozen Brass Band played “When the Saints Go Marching In”.

Big Bird, eight-foot-tall, feathered friend to generations of children, (performed by Carroll Spinney,) sang a heartfelt version of “Bein’ Green”, a beloved song of self-acceptance and empowerment. At the end, Bird looked to heaven and, voice breaking, said: “Thank you, Kermit”.

James Maury Henson was born on September 24, 1936, in Greenville, Mississippi, the younger of two children. He was a shy, intelligent child, and he loved the comedy stylings of radio ventriloquist Edgar Bergen.

Henson’s favourite TV show was Kukla, Fran and Ollie, an unscripted puppet show. Henson became obsessed, and in 1954, when he was 17, he began working for WTOP-TV in Washington DC, creating puppets for the Junior Morning Show. That show was cancelled, but within a year Henson had created – with Jane Nebel, his future wife – Sam and Friends, a puppet-fronted variety show on WRC-TV.

Along the way, Henson had cut up his mother’s coat and, with ping-pong balls for eyes, invented a brave, cheeky character who would say and do all the things the shy Henson never could. Kermit would soon gain a collar which made him appear more frog-like, while also hiding the seam between his head and body.

Sam and Friends ran until 1961, showcasing Henson’s first Muppets. Henson would claim the word was a portmanteau of marionettes and puppets, but later confessed: “It was really just a term we made up”. The show drew the attention of advertisers nationwide, and Henson soon developed a lucrative sideline making advertisements. Rowlf the Dog, also performed by Henson, became a minor star in 1962, starring in an advert for Purina dogfood. Between 1963 and 1966, Rowlf became a regular character on The Jimmy Dean Show, with Dean swearing Rowlf got way more fan mail than he did.

In 1966, Joan Ganz Cooney, a visionary television producer who wished to “master the addictive qualities of television and do something good with them”, went to work with Carnegie Foundation vice-president Lloyd Morrisett to develop a children’s educational programme. Jim Henson and his Muppets would not just be the spoonful of sugar to help the medicine down, they would become key to Sesame Street’s success, and a merchandising goldmine.

Initial expert opinion advised that small children would be disturbed by Muppets interacting with humans, so the only Muppets to have any substantial role in the unaired pilot were Ernie and Bert. Theirs was, as it turned out, the only segment which played positively with test audience children, and a quick re-think saw Muppets become equal stars when Sesame Street launched in 1969.

In 1983, Henson launched Fraggle Rock, which ran for five seasons., Muppet Babies became a huge animated hit, running from 1984 to 1991. The Storyteller (1987) received a deserved Emmy for Outstanding Children’s Programme. Henson had less success with other projects, and although they are beloved cult classics now, Dark Crystal (1982) was only a modest success, and while the sublime Labyrinth (1986) was reviewed by the New York Times as “a fabulous film”, it tanked at the box office.

The Jim Henson Hour (1989) was critically lauded, mixing light-hearted Muppetry with more adult fare. It won Henson yet another Emmy, but, due to low ratings, was cancelled after 13 episodes.

Supping with the Mouse

In 1989, Henson approached Disney with the hope of selling the intellectual property of the Jim Henson Company to the studio. The deal came so close to fruition that Henson and Disney CEO Michael Eisner announced it publicly, and the Muppets were welcomed officially into the Disney family in a TV special entitled Muppets at Walt Disney World, which aired ten days before Jim Henson died.

Ultimately, it all fell apart on Sesame Street.

Disney had pledged something between $100 and $150 million toward the purchase of Henson’s production company and library of films, including the characters Henson had created for The Muppet Show, but specifically not the characters he had created for Sesame Street. Eisner, however, wanted everything, and seemed willing to walk away if the Sesame Muppets weren’t included. As Joan Ganz Cooney saw it, Eisner brought the full weight of Disney down on Henson, and she deeply resented what she saw as the misery inflicted on Henson in his final months.

In the end, though, Henson wouldn’t budge and the deal never happened.

Frank Oz said that though Henson owned the copyright on the Sesame Muppets, he believed they really belonged to children and didn’t want to see them exploited.

“It wasn’t about business anymore,” Oz said. “It was about what Jim believed in, in the simplicity and purity of the characters. There was a bit of anger in him about this, and he was not an angry man.”

Years later, in 2004, Disney would eventually buy The Muppets but not the Henson company, or the Fraggles. In 2000, the Sesame Muppets became the property of the Sesame Workshop and remain so to this day.

On May 4, 1990, an exhausted Henson, complaining of a sore throat, made what would be his final TV appearance. He continued his busy schedule until he awoke in the small hours of May 15, coughing blood and having trouble breathing. He was hospitalised, but died within 24 hours.

Jim Henson married Jane Nebel in 1959. They separated in 1986 but remained close until Henson’s death. They had five children, all of whom worked with him from an early age.

“Life is meant to be fun, and joyous, and fulfilling,” Henson wrote to his family in a letter delivered after his death. “Please watch out for each other and love and forgive everybody. It’s a good life, enjoy it.”

Being Jim Henson, he added: “This all may sound silly to you guys, but what the hell, I’m gone – and who can argue with me?”