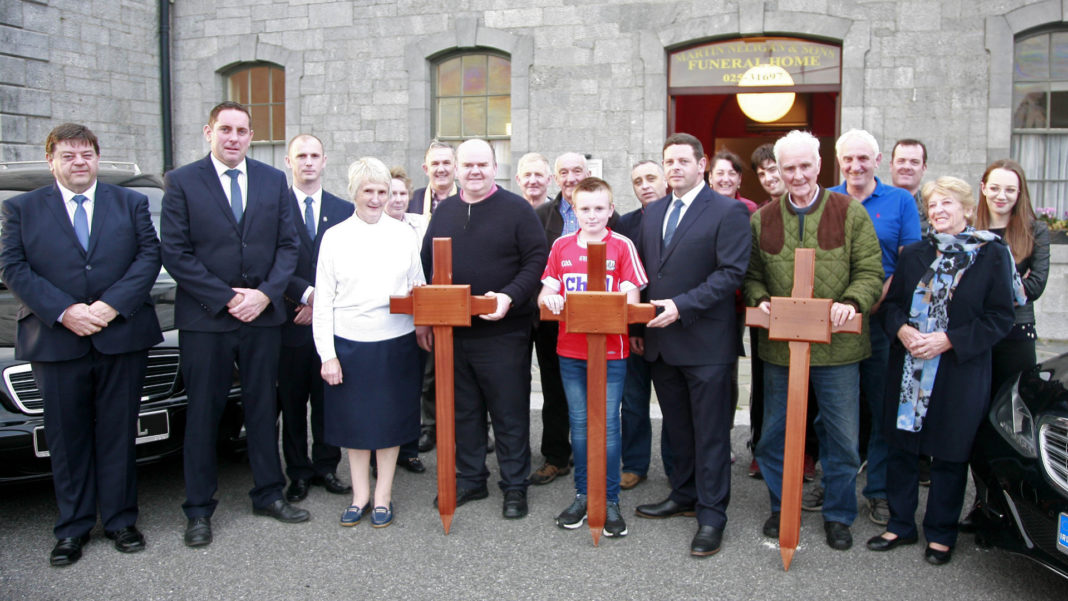 Exhaustive research by amateur historian Robert Butterworth will result in the erection of Christian crosses at the sites of 10 unmarked graves in one of the country's oldest burial grounds.

Robert, from MacCurtain Street in Fermoy, is just one of the several volunteers who comprise 'Friends Of Old Kilcrumper Graveyard' – a group of civic minded individuals who started out with just a few basic implements and a desire to improve this important site.

'The Friends', who have generated huge goodwill locally, intend carrying out extensive improvement works in the weeks and months ahead.

A cross will also be erected in memory of Nicholas Prendergast, a teacher in St Colman's College, Fermoy who fought in World War One. 44-year-old Nicolas was set upon in the Royal Hotel, Fermoy by British soldiers and dumped unconscious into the River Blackwater where he drowned, his body was recovered near Clondulane in January 1921.

Understandably, his murder caused outrage at the time and undoubtedly hardened public opinion against the soldiers who were in fact an auxiliary force of troops sent to Ireland in the early 1920s.

Speaking to The Avondhu this week, undertaker, Maurice Neligan said he was very impressed by what the Friends Of Old Kilcrumper Graveyard had achieved and he congratulated all concerned. H

is firm are also interested in hearing from individuals with relatives interred in Old Kilcrumper Graveyard who have commissioned headstones from Neligan's Undertakers over the years.