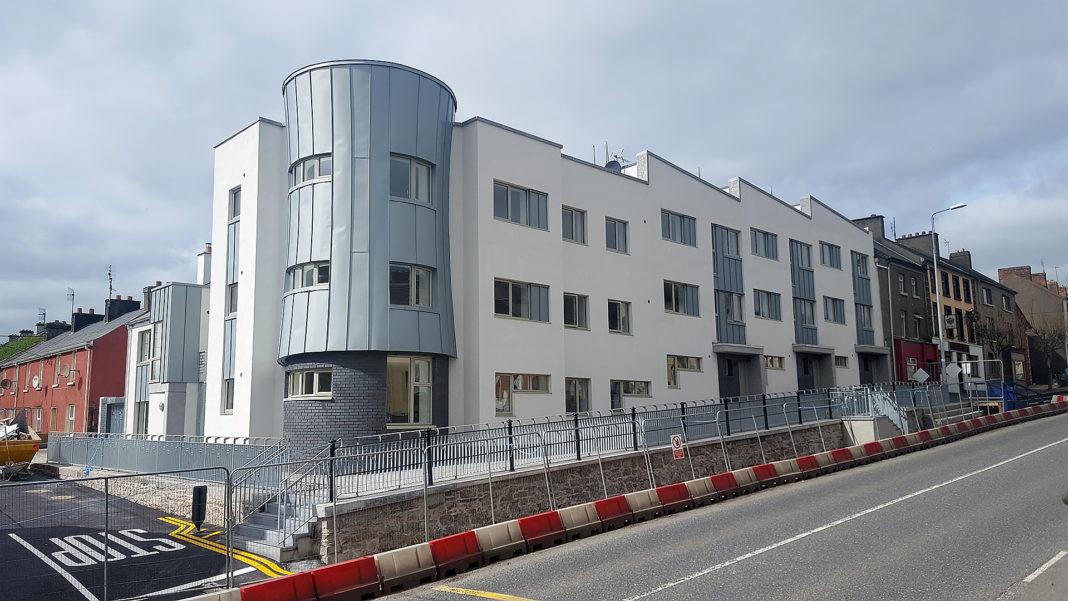 The council’s Choice Based Letting scheme works on the basis that future available housing stock, also known as bid dwellings, is advertised online and applicants are able to submit an expression of interest on those.

For those who require it, Internet facilities to apply are available at Cork County Council’s Divisional Office, Area Offices and Libraries in North Cork to access the website.

Over €2 million was allocated for the 10-unit project by then Housing Minister Jan O’Sullivan under the Local Authority Home Building Initiative in March 2014.

Cllr Noel McCarthy this week welcomed the completion of the construction phase on the Oliver Plunkett Hill project.

“Given the need for more social housing in Fermoy, it’s pleasing to see the project run without any delays and for a number of the houses to be moved forward to the Choice Based Letting stage,” he said.