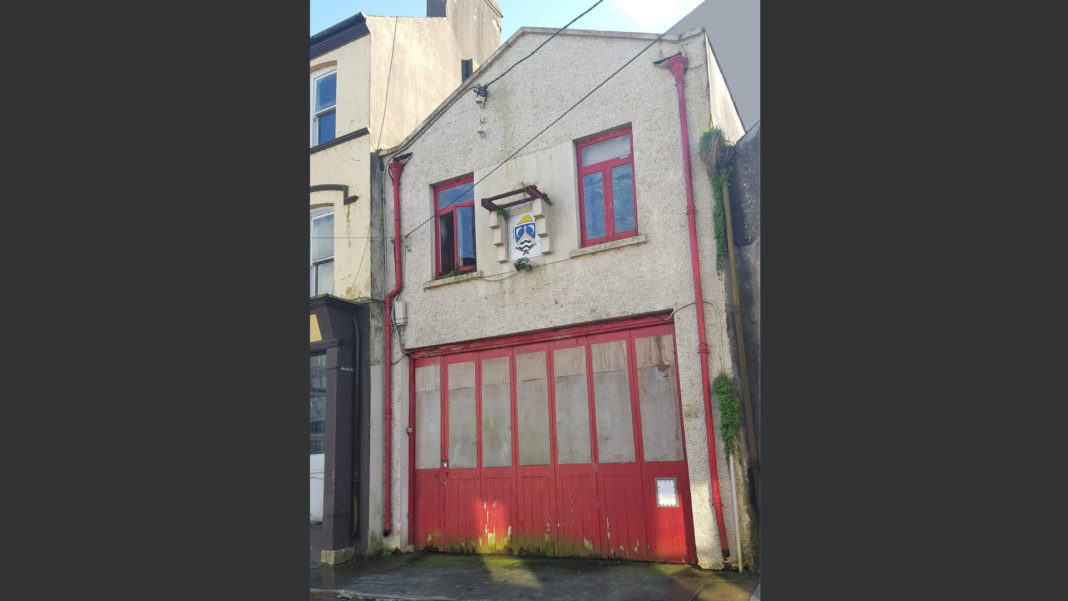 Cork County Council is considering demolishing the former fire station building in Fermoy, located on Connolly Street and derelict since the opening of the new fire station on the Courthouse Road in the town, since 2003.

Despite interest over the years from various groups, including Avondhu Blackwater Partnership, no buyer has been found for the site and the building has fallen into a state of serious disrepair.

Speaking at the May meeting of Fermoy Municipal Authority this week, Mary Hayes, Senior Executive Officer with Cork County Council, said she has inspected the building and believes it needs to be demolished.

She was responding to a motion from Cllr Frank O’Flynn calling on Cork County Council to consider submissions from community organisations who may be interested in purchasing the property. He was informed that this is already the case.

Ms Hayes told the meeting: “I’ve been to inspect the building, it’s in a very poor state of affair so I don’t think it would be suitable really for any future occupants to occupy it. I think the building probably in all honesty needs demolishing.”

In support of this opinion, Cllr Noel McCarthy said he has long called for the building to be demolished and for the site itself to be put on the market.

“If we demolish it I think it will be sold then to a private developer because of the location of the site. The way it is at the moment it’s not going to be bought in any shape or form because of the condition it’s in. I think it would be Cork County Council’s best policy to look at demolishing it and then trying to sell the site because it’s in a fantastic location,” said Cllr McCarthy.

Municipal District Officer, Pauline Moriarty said any individual person or group who is interested in the property can contact Cork County Council.

“There has been expressions of interest in the past and one particular community organisation did progress it quite far, but the costs of renovating the property was the stumbling block in the end. We have met with the property section and we do have other options that we are considering.”

A full report on the old fire station will be prepared and presented to councillors in the coming months.