Home All Opinions My Own Old England is dying: The Disunited Kingdom of Brexit 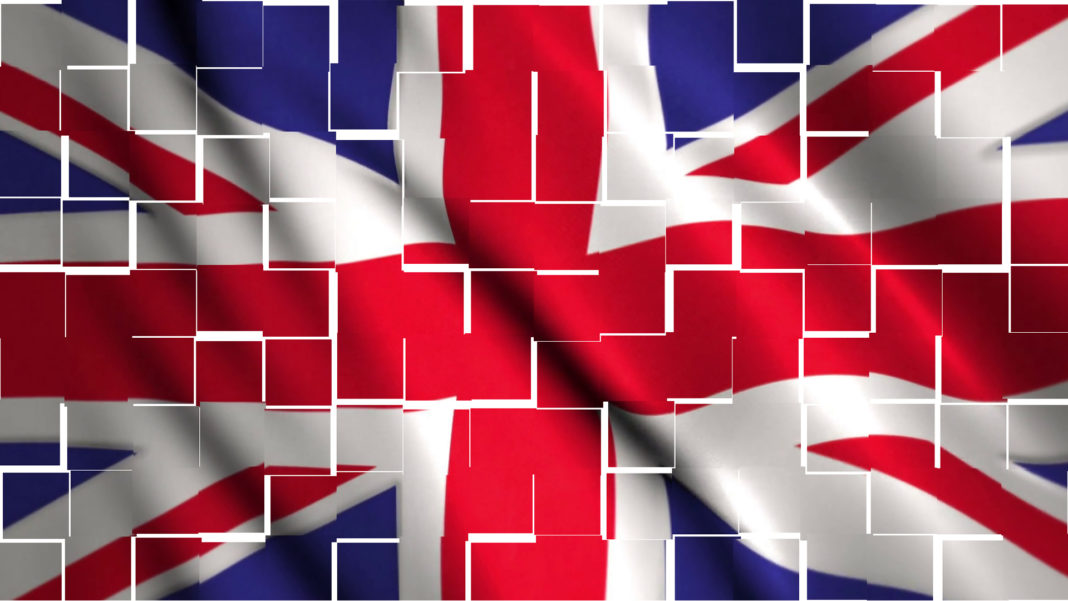 Hothouse Flowers played the Ray D’Arcy Show the other day, and they performed a characteristically heartfelt and freewheeling version of the Waterboys’ Old England is Dying.

Old England is Dying comes from the Waterboys’ 1985 album This Is The Sea. The song takes its title from a line in James Joyce’s Ulysses, and the phrase “You’re asking what makes me sigh now / What it is makes me shudder so” comes from the WB Yeats poem Mad as The Mist and Snow. Mike Scott wrote Old England is Dying in protest at Margaret Thatcher’s social and economic policies, which Scott saw as feeding a growing sense of despair among England’s young and poor, and giving rise to increasing levels of substance abuse and heroin addiction.

It is, though. What started out as David Cameron’s ill-advised attempt to quieten finally the Conservative Party’s Euro-sceptic wing has turned into a full-blown existential crisis for the United Kingdom of Great Britain and Northern Ireland, and it threatens to leave that exhaustingly named conglomeration shorn of many of its extremities, and left possibly reduced to just Old England.

In granting the Brexiteers a referendum, Cameron betrayed his own arrogance and ignorance. Any Irish voter could have warned him that referendums have a nasty habit of taking on a life of their own, and can often become about something vastly other than what they were supposed to be.

The Leave Campaign was built on outright lies, with career charlatans like Boris Johnson simply making up nonsense claims about straight bananas, over-regulation and £350 million a week going from the NHS to the EU, to better appeal to a burning sense of resentment on the part of English nationalism. To the Brexiteers, the EU represented the Fourth Reich, with Germany, having lost World War II, winning it after all by stealth.

This was the heirs to the fag-end of the British Empire, howling at its perceived diminution as the nation which had beaten Hitler but which was now – they felt, or pretended to feel – reduced to the status of a vassal state. Here was the promise that – by a simple, binary vote – Britain could return to its 18th Century glory, when it sat at the pinnacle of a pre-Industrial Revolution, slavery-based empire.

Vast swathes of Britain, neglected, ignored and disaffected, and for years shown by their undemocratic ‘first past the post’ electoral system that their votes don’t matter, decided to vote for Brexit as an incoherent two fingers to the political system, many of them doing so secure in the knowledge that they could let off steam by voting Leave, while Remain would win.

Well, Leave won and Cameron is gone now, retired, ‘with his trotters up’, as Brain of Britain Danny Dyer famously put it, leaving the rest of Britain to sort out ‘this mad riddle’.

Odious and moronic as he is, Dyer is right in just this one instance, the man who once as an agony uncle for Zoo magazine advised ‘Alex, Manchester (23)’ how to get over his split from his ex-girlfriend: “cut your ex’s face, and then no one will want her.”

The mad riddle of Brexit is what’s left now, in the wake of the rampage suggested by Nigel Farage, Boris Johnson, Jacob Rees-Mogg and all the other rejects from the pages of the Beano, and now that it’s all gone to hell, cutting your ex’s face is probably the best nihilistic hope of the hard Brexiteers.

And where now for our friends in the North? Where now for the DUP, the political heirs of Ian Paisley? For a brief, glorious moment, they seemed on the cusp of real power, promising confidence and supply to Theresa May’s minority government in the wake of her disastrous snap election.

This was the same DUP which paid in June 2016, £282,000 for a four-page wraparound supplement to the London Metro advocating a Leave vote. This was a strange thing to do, given that the DUP does not stand for election in what it might consider ‘The Mainland’, but a legacy of the Troubles means that in Northern Ireland political donations do not need to be publicly disclosed.

However, following political pressure over the issue, DUP MP Sir Jeffrey Donaldson revealed that the adverts had been paid using a £425,000 donation from the Constitutional Research Council (CRC), a group chaired by former Scottish Conservative vice-chairman and Glasgow-based businessman, Richard Cook.

Last year, Cook attempted to dampen down speculation about the provenance of the money, telling the Sunday Times: “There have been rumours that the DUP got this money from Vladimir Putin, dark shadowy groups, then Saudi intelligence and even from beneficiaries of an arms drop in India. It is all fanciful nonsense.”

Confidence and supply is a two-way-street, of course, and it only works so long as both parties share a common goal. Now that the DUP has rejected the Brexit deal so painstakingly hammered out between the British Government and the EU, that is – presumably – the end of the DUP’s power.

Having briefly enjoyed a moment of influence, for the DUP, their darkest, most terrifying nightmare is becoming reality. They have always hated Northern Nationalists and the Irish Government, but their real fear has ever been betrayal by London. Paranoid and insecure as they have always been to the very spiral of their DNA, they are not wrong. In their secret hearts, they have always known how unloved and uncared-for they are by the Motherland.

With their bowler hats and sashes and their marching-around and banging drums to advertise their red-faced love of the Queen, they appear no other thing to those they ape than an embarrassingly over-earnest, stalkerish tribute band, a grotesque, bigoted, funfair mirror caricature which insults the thing it seeks to reflect.

In truth, it really does seem that if in Dublin they love the English and hate the British, then for one tradition further to the north the opposite was never more true. It’s not hard now to imagine the Brexit generation English looking at Northern Irish Unionists and saying, “But yer not British, is yer, mate? Yer Irish, incha?”

The makers of the much-missed satirical series The Thick of It have said repeatedly they could never revive the show for a Brexit special, as their comedy was always about the chaos boiling just beneath the surface of British politics. Now the chaos is all-pervading.

Pro-EU, Scotland will fall away, the first (second) chance it gets, and Brexit only gives Scotland all the more reason to press for independence. Wales is pro-Brexit, for now, but watch this space. The North of Ireland/Northern Ireland voted Remain, and even the big farmers and business people who usually vote DUP know which side their EU grants are buttered on.

Post Brexit, the 499-kilometre border running from Carlingford Lough to Lough Foyle will become the only land border between the UK and the European Union. With the Good Friday Agreement – an internationally binding treaty – guaranteeing no hard border on the island of Ireland, the mad riddle of Brexit remains apparently unanswerable.

Next Tuesday, the House of Commons votes on Theresa May’s Brexit deal. It looks certain the proposal will be defeated. The best Mrs May can hope for, it seems, is that the defeat will be by less than 100 votes. Conventional wisdom says if she can manage that, she might limp on to a second vote, sweetened perhaps by a sop of pretend concessions from the EU.

Some are talking about a second referendum, but you would have to wonder what on Earth would be on that ballot.

The swans are singing

The last of Sunday’s bells is ringing

The wind in the trees is sighing

And old England is dying

Hothouse Flowers play the Mount Errigal Hotel, Letterkenny, Friday 28 December, and Cork Opera House New Year’s Eve. As for what happens next with Brexit, your guess is as good as mine.