Home All Opinions My Own And Now For Something Completely Horrible 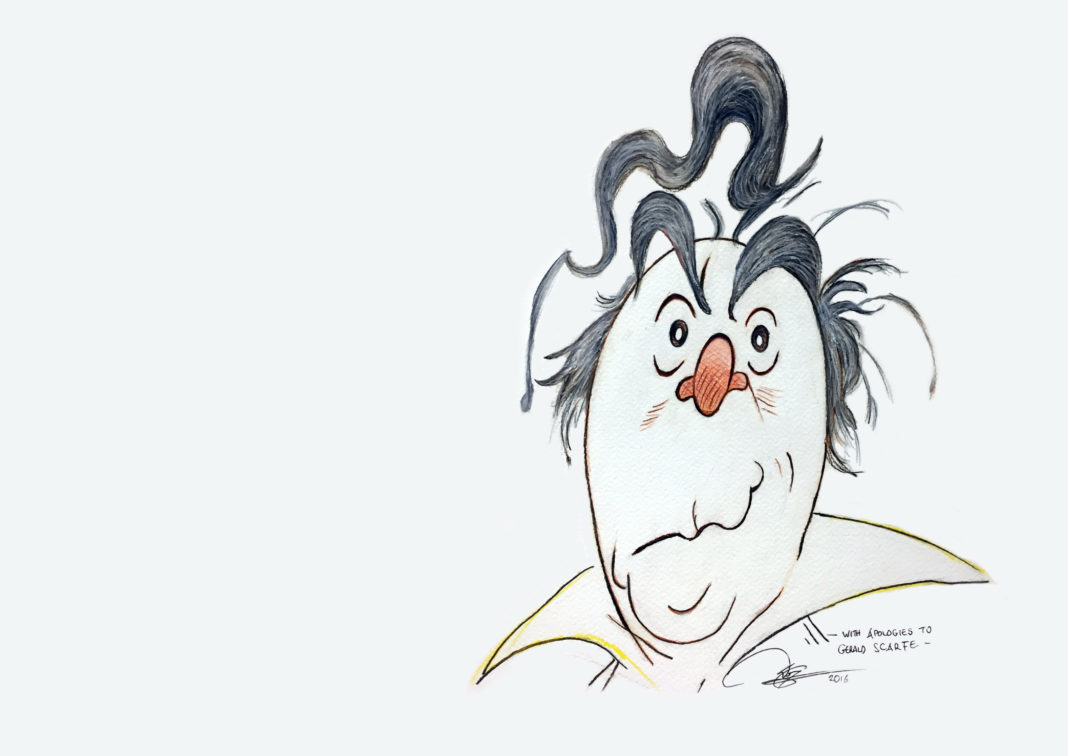 Terry Jones’ place in the history of comedy and popular culture has been secure for fifty years or more, but his brilliance – and compassion – as a writer should not be forgotten, says Donal O’Keeffe.

Two weeks ago, Michael Palin posted on Facebook a terribly sad note about his friend and fellow Python Terry Jones.

“Terry J has been my close friend and workmate for over fifty years. The progress of his dementia has been painful to watch and the news announced yesterday that he has a type of aphasia which is gradually depriving him of the ability to speak is about the cruelest thing that could befall someone to whom words, ideas, arguments, jokes and stories were once the stuff of life”

News of Jones’ illness had broken earlier when it was reported that Bafta Cymru would be honouring the Welsh comedian with a life-time achievement award for his work as a member of Monty Python’s Flying Circus and his later career as a TV historian.

I couldn’t tell you how long I’ve loved Monty Python – well over thirty-five years at least – and I’ve always had a particular soft spot for Terry Jones. I think it’s to do with one of the very first Python sketches I ever saw, where Jones gives a wonderfully straight-faced (and straight-laced) turn as a respectable business type in the pub, completely oblivious – initially at least – to the increasingly deranged sex-obsession of Eric Idle’s wild-eyed “Nudge Nudge Wink Wink Say No More” pervert.

Fans of “The Life Of Brian” will remember with great fondness his performance as Brian’s mother. “He’s not the Messiah, he’s a very naughty boy!”

I’m pretty sure it was Terry Jones too that Marge Simpson was thinking of when she admonished Bart for being American and thus not smart enough to understand clever British humour as he watched Monty Python. From memory, Marge heh-hehs “Oh look! A man dressed as a woman! How sophisticated! Heh Heh!”

Jones was always a brilliantly clever comedian. A gifted satirist, a natural absurdist and most of all a man who could make you laugh with just a deadpan look.

To me, though, there’s always been another side to Terry Jones. Many years before ever I imagined that anyone would care about my opinion, let alone pay me for it, I knew him as one of the finest opinion columnists I had (and have) ever read. He wrote some savagely funny columns for the Guardian in the mid-1980s and they were collected in “Attacks Of Opinion” (1988).

I didn’t know it at the time, but this book was a master-class of opinionating and – essentially – a how-to guide for anyone writing an opinion column.

Terry Jones would go on to write better and funnier pieces, but to me those columns remain very special. They occurred at a time when Margaret Thatcher seemed unassailable in her occupation of 10 Downing Street and Jones was very obviously enjoying his status as a voice in the wilderness. I lived in London around that time, and just as those of us who are right now terrified at the prospect of a Trump presidency can see no light at the end of the apocalypse, back then we had no idea either that Thatcher’s increasingly swivel-eyed rule had but three years left to run.

A column – to pick just one – which exemplifies for me Jones at his best sees him tackling in January 1988 Thatcher’s monstrously homophobic Clause 28.

Clause 28 said: “A local authority shall not (a) promote homosexuality or… (b) promote the teaching in any maintained school of the acceptability of homosexuality as a pretended family relationship”.

(As the English writer Warren Ellis said of Thatcher, years later, “She wanted concentration camps for AIDS victims (and) wanted to eradicate homosexuality even as an abstract concept…”)

“If one person has tender feelings towards another, and wants to promote that other person’s happiness, we call that ‘love’,” he wrote. “If the two people have the same reproductive arrangements, we call that a homosexual relationship.

“Of course, promoting ‘love’ of any kind has always been regarded with suspicion by politicians, because it is difficult to make capital out of it. It is much easier to use hatred of the Russians to raise billions of pounds to make weapons than it is to use love of our fellow-men to raise a few quid for the starving in Ethiopia…

(Clause 28) “will mean that if a teacher has a pupil who comes from a loving, caring home, but one in which both parents have the same reproductive arrangements, that teacher will be required by law to teach that child to be ashamed of itself and its home. It will also require all teachers to teach perhaps 10% of the pupils in their classes to regard themselves as unacceptable in society.”

Jones being Jones, of course, he then twisted the knife.

“Now, I’m as enthusiastic as the next man that the state should compel teachers to lie and to spread hatred… but I can’t help feeling this Bill is actually aimed at the wrong target.

“After all, there is no evidence that people who feel attracted to others with the same reproductive arrangements are, as a group, worse citizens, or that they lie and cheat and scheme more than other people. There is, on the other hand, only too much evidence that politicians, as a group, lie and cheat and scheme every day as a matter of course.”

You know where he went from there.

Suggesting that politicians contribute far less to society than artists, composers, writers, poets, sculptors, film-makers or thinkers, Jones then suggested that “what should be banned in schools is the promotion of politicians as acceptable members of society…

“If politicians are allowed to flaunt their way of life, and to make love as freely as they clearly do, both with each other and with innocent members of the public, they will continue their vices…

“It is essential that we do not encourage our children to think that being a politician is in any way compatible with normal, decent, family life.”

You can buy “Attacks Of Opinion” on Amazon and if you like clever writing with an edge of satire, anger and genuine compassion, I really recommend that you need go no further.

“Terry… spends time with his family and only two days ago I met up with him for one of our regular meals at his local pub,” wrote Michael Palin two weeks ago. “Terry doesn’t say very much but he smiles, laughs, recognises and responds, and I’m always pleased to see him. Long may that last.”

And long may we celebrate a clever, kind and hilariously funny man and long may his rage at cruelty, intolerance and unkindness continue to inspire those of us (all of us) who have an opinion.

Here’s to you, Terry. Say no more, say no more.

Illustration by Donal O’Keeffe, with apologies to Gerald Scarfe