Home Columns Her new life arises from the shadow of tragedy 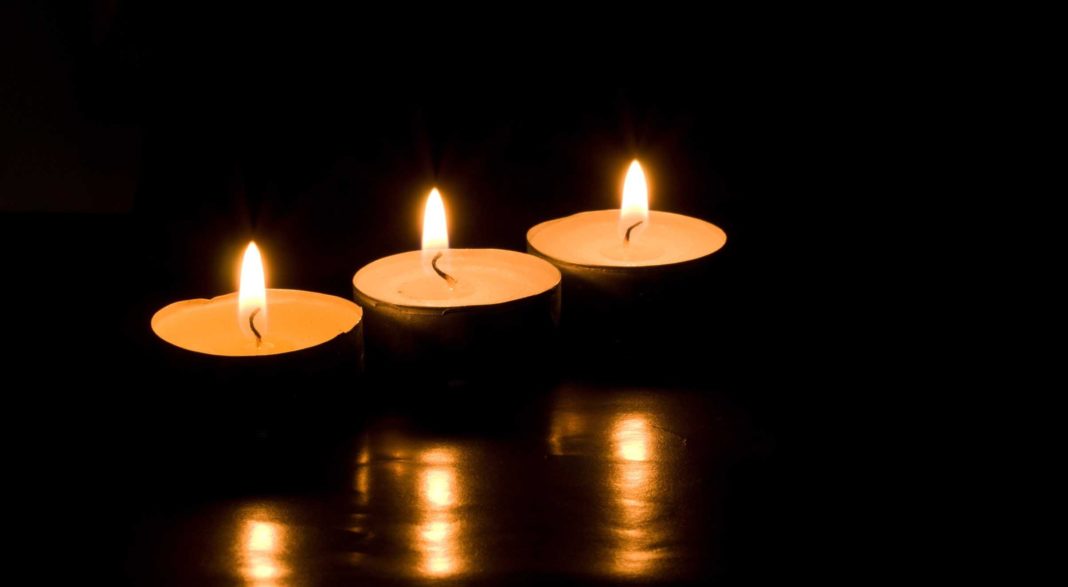 Nearly three months after the crash which claimed the lives of her husband and her two children, Elber Twomey recalls: “A friend of mine, Father Mike, asked if I would pray for Marek”. Marek was the 26-year-old Polish man who – being pursued by the police as an identified ‘suicide risk’ – had panicked and swerved his car (fatally for himself also) onto the opposite side of a dual carriageway, and straight into the Twomeys’ car.

“Father Mike “believed it would help me in my own grief. But I said: ‘No, not a hope’. I was cross at him for asking. He said he’d pray for Marek, until a time came when I could. And I told him, ‘Well, I hope you live a long time’”.

I’ve already mentioned the July 2012 tragedy – and I think that Elber’s effort to cope can be an example for all of us, as in these days leading up to Easter we meditate on the suffering, dying and rising of Jesus … Elber continues with that story (speaking to journalist Graham Clifford Irish Independent):

“Two months later I was in a church, and I found myself lighting a candle for Marek. I started trying to look at things from his point of view”. As she has explained “Someone who is suicidal, who is in a depressed state, does not need to be scared”.

And this realization led Elber to an immediate resolve and new direction in her life – She was going to try to get through to police-forces, with the warning Don’t put extra pressure – such as pursuit with blazing siren and flashing lights – on any person who is suicidal already.

A favourable response came from the Devon and Cornwall police (in whose area the crash had happened). Elber went over and made a personal ‘plug’ for basic suicide-awareness training.

When she contacted our own Garda force, she was welcomed to Templemore to speak to the trainees. As a result, Applied Suicide Intervention Skills Training is now part of the course there.

New life on all fronts

Elber could also be said to be building a new life for herself through a fundraising initiative (twomeyfamilyremorial.com). Here too persons at risk of suicide are uppermost in her thoughts – with part of the proceeds going to suicide-prevention organizations such as Pieta House, Suicide Aware, Inspire, 3Ts.

“I want my beauties to be remembered”, she says – and the aim is a remembering to keep alive the memory of her family. The ‘remorial’ weekend features a cycle, a run, a walk and a hurling-contest.

“The highlight for me is the Connie Twomey memorial cup, for which six hurling sides compete. Con was a fantastic hurler, a centre-back. I often spent weekends roaring him on from the sidelines”. (Half the proceeds go to Bru Columbanus – a hostel for relatives visiting patients in Cork hospitals and hospices. Here Elber and her brother often stayed during Con’s illness).

Finally, Elber has reached the point where she has been able to undertake something simply for herself a college course in accountancy. She attributes the strength-of-spirit to do this to her religious faith – and specifically to the power of her favourite Saint, Padre Pio. She spent a week at his shrine – in thanks for being able [as she told the Echo’s Elaine Duggan] “to fulfil a new dream and go back to college”.

One only survives through ‘spirit’

When tragedy strikes, people can either ‘write it off to experience’ – or try to make good come of it. And in Elber’s case, the new direction in her life has been to make sure that persons are spared from being victims, when somebody suicidal is needlessly aggravated.

For anyone struck by multiple-tragedy, it is easy to ‘lie down under it’. And even for those who do manage to in some way ‘move on’ – like Elber Twomey – this only happens after a long passage of time.

But she now definitely does seem to have clawed her way back up out of the darkness of trauma; and her life is moving into new spheres – both further afield, and back at home.

Her work with police-forces has taken her to Europe – on an invitation to address a conference of 30 police organizations – to speak about the police approach to suicide-prone individuals.

Travelling to Dublin, she has attended counselling courses to help her work as a volunteer counsellor.

And then in her own local area of Meelin village, North Cork, she has thrown herself into community fundraising there. (Here she hopes to bring to bear her new accountancy skills).

Overall, then, what we are seeing is a new life rising up out of an event whose aftermath could have been soul-destroying … If the whole community of Jesus’ followers are being reminded in this present season that they are to be ‘Easter people’ – then Elber Twomey surely stands out as one quite remarkable ‘Easter person’.

And even at the everyday human level, she comes across as the ultimate ‘survivor’ ready to go on struggling no matter what life throws at her.