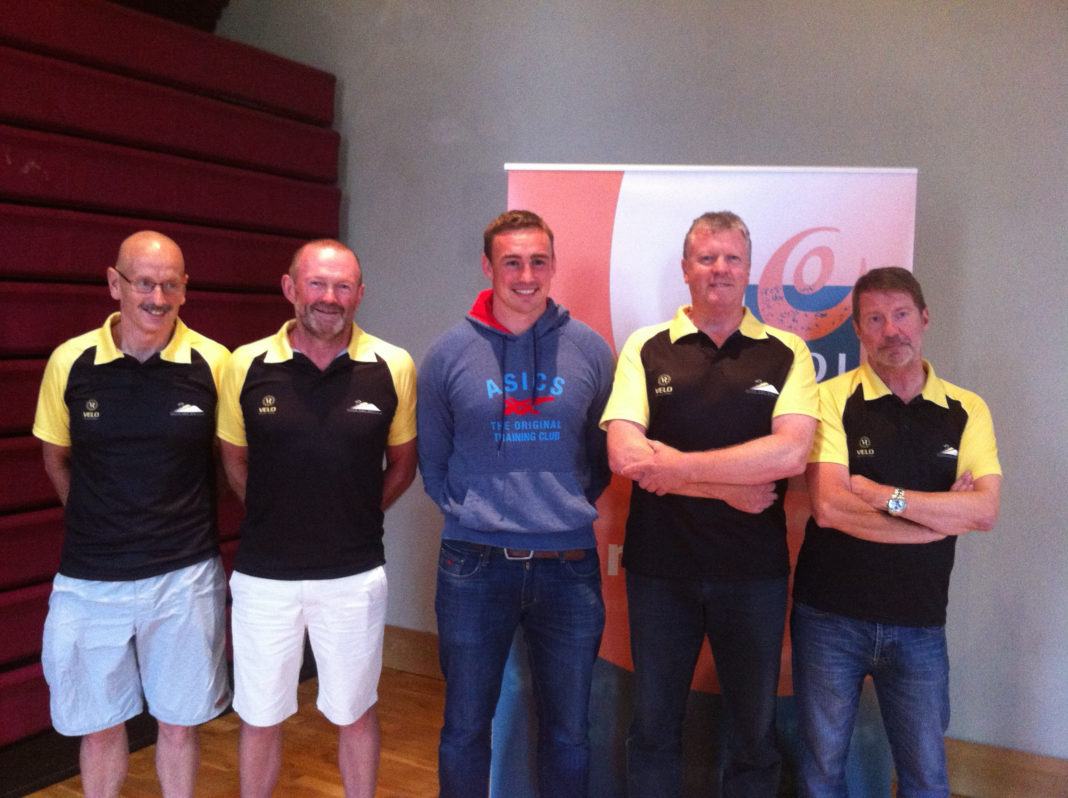 Munster Rugby’s Tommy O’Donnell was in Watergrasshill last week as he launched the fundraising drive by Over The Hill Cycling Club as they prepare to take part in the 2016 Race Around Ireland in aid of Muscular Dystrophy Ireland (MDI).

Four members of the cycling club – Pat O’Callaghan, Declan Brady, Dave Revins and Sean O’Flynn (along with an experienced support crew) – will tackle the 2,150km race around Ireland later this month with the aim of raising €10,000 for MDI. Founded in 2011, the Over The Hill Club are competing in their fourth Race Around Ireland event this year. In ….