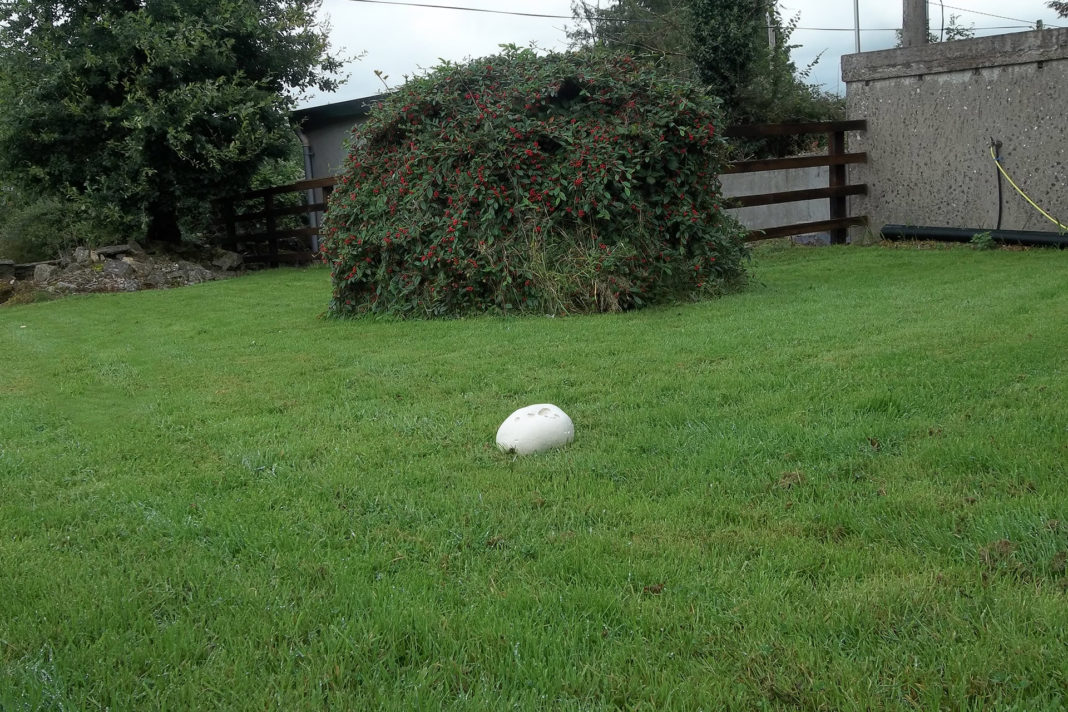 It was Tuesday morning, September 1 when Aghern man, Pat Lee went into his back garden, suspecting nothing. That’s when he noticed something unusual, perhaps a white football?

The large white object sat firmly in the side lawn of Pat’s garden and inspired intrigue.

Upon closer inspection, the suspicious white mound was none other than a gigantic wild mushroom.

While autumn does wield a large amount of wild field mushrooms, this overgrown fungi chose to sprout in a domestic local lawn in all its glory.

The lone mushroom had appeared out of nowhere and offered no clue as to how it had gotten there, as Pat attests to:

“There was no sign of any others and it was rooted to the ground,” Pat said.

The monster mushroom which grew in Pat Lee’s garden, compared here to an apple for scale purposes.

While a mushroom in itself, may not normally cause alarm, the sheer size of this one might.

The 9” x 6” mega-mushroom, which sprouted spontaneously in Aghern, is possibly the first, and maybe even the largest, of the season.

Have you any mega-mushrooms worth shouting about?