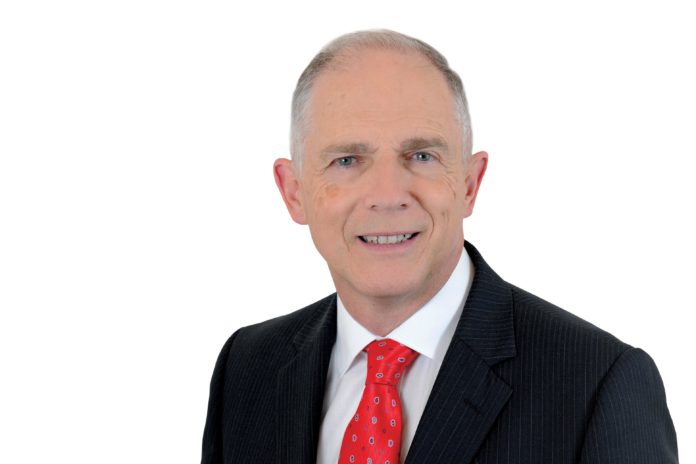 In the second week of our series, Avondhu journalist Sandra Quinn chats to Minister David Stanton about his role as Minister of State at the Department of Justice and Equality with special responsibility for equality, immigration and integration, his plan for his appointment and what people within The Avondhu area can expect from him.

Minister Stanton was first elected to Dail Eireann for Cork East in 1997 and in the previous Oireachtas was the chairperson of the Joint Oireachtas Committee on Justice, Defence and Equality.

“People are pleased that Cork East has been recognised with a ministerial appointment, quite often it’s an area that can be under the shadow of the city, but personally and for the people in the constituency, it does recognise Cork East,” he said.

His appointment was also welcomed by Deputy Sean Sherlock; “I’m absolutely delighted David Stanton has been appointed a Minister of State.

“I think it’s well deserved. I look forward to working with him. I’m delighted Cork East has retained a minister. I will continue to work with him on projects that we have started and I wish him the very best of luck in his role at the Department of Justice and Equality.”

Speaking about his role as minister, he confidently said: “I’m up to the challenge.”

Talking about his priorities and what he will be working on, he referenced the new national women’s strategy, which is on the way, a Traveller inclusion strategy and he also spoke about issues affecting immigration.

“What’s happening in Syria is hell on earth and it’s awful to see an advanced, prosperous and relatively peaceful place now decimated with families split up and people being tortured,” he said, relating to the plight of migrants and the turmoil they are experiencing.

He added that integration is very important and that is something that needs to be worked on in schools and in organisations like the GAA.

“Giving people empowerment and a sense of home is so important.”

Minister Stanton also cited the needs of men as needing to be addressed, saying that the suicide statistics for men are staggering.

He said that initiatives like the Men’s Shed are fantastic and he hopes to have introduced two weeks paid paternity leave from September of this year.

Issues facing Travellers are also high on his agenda, as he said that education is vital and living conditions need to be investigated.

“I will be spending the summer meeting different groups and finding out the needs of the constituents and I look forward to meeting the people of Mallow, Mitchelstown and surrounding areas.”

Dairygold elects a new vice chairman of the Society

Cork Airport on track for very strong recovery in 2023