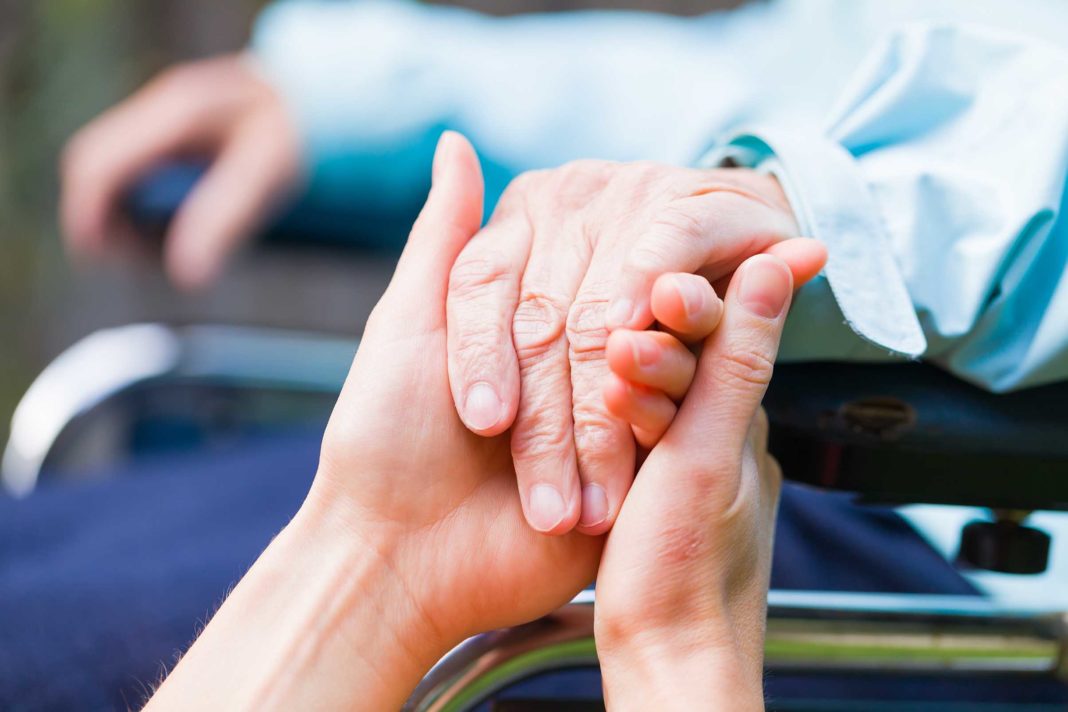 To have captured on camera Health Minister Leo Varadkar and Dublin Archbishop Diarmuid Martin positively beaming at one another – and on the day of the marriage referendum count – was a photographic scoop which no daily paper was going to miss! Unfortunately the Dublin paper in question merely recorded that they were meeting at an event – leaving untold a whole inspiring story.

The event was the blessing by the archbishop of a new 24-bed hospice. All around the country, people are now familiar with the hospice idea: specialized care for the terminally ill.

Yet, given population density in Dublin, one more hospice – the fourth there – was required. The Abbotstown site (close to Blanchardstown’s Connolly Hospital) was made available by the late Brian Lenihan TD.  Total cost was €24,500,000. And €7,000,000 of that has been raised by local effort.

Here, as in other areas, the hospice movement attracts great support. It is a cause which taps into our Irish sense of decency and of veneration for older people; and this will be particularly the case where the ‘drivers’ of a fundraising campaign have stature in the community.

Cork man Fr. Dan Joe 0’Mahony, for instance, was a familiar figure to many of the young-parent generation from his days as school chaplain; and, through his Capuchin confreres in Raheny, he knew the workings of the existing hospice there.

And  Fr. Eugene Kennedy, of a nearby parish,  had always been right behind the efforts of locals from the day they moved into what had been a ‘green-field site’ and set about building school, church and community-centre. Once the need for a hospice was broached, the response was immediate: the people as a whole took ownership of the project.

So the facility which was opened on 23rd May – like hospices elsewhere – includes, in addition to the in-patient unit, services such as day centre and home-care teams.

Because of advances in palliative care, so many scenarios of people “sentenced to die in agony” are now outdated – Patients can be maintained in a reasonable degree of comfort and dignity: end-of-life can take its natural course.

Fear of becoming a burden

But this is going to involve a longer inpatient stay – more labour-intensive treatment – and, needless to say, greater expense. In this situation, you’re always going to have those who protest, “Why drag things out?” The temptation towards ‘assisted dying’ can again rear its head.

I always return to one British commentator who tries to visualize such a legal change from the patients’ viewpoint: “Suffering would cease to be something that happens to them … This would change what being in a hospital is about. They would [then] not be people on whom some misfortune had fallen – they would be authors of their own misfortune …

“Those in greatest danger from the radical change of status would be the elderly. Those [coming] towards the end of their lives are often aware of becoming a burden on others … This sense of being a burden – and of their situation being in some sense ‘their own fault’ – might easily become unbearable”.

This commentator details a possible further pressure – from family: Patients could “imagine (sometimes correctly) that their demise might not be altogether unwelcome – particularly if there were assets to be shared out” (The Tablet).

It has been recently found in some countries that doctors were making terminal patients undergo treatments with experimental drugs – where there was little hope of cure. Some of the doctors, apparently, had no road-map for what happens if treatment ends and  ‘care’ becomes the only future.

The implication, basically, was that such patients were ‘disposable’. But this is to make a judgment on the value of a human life – to judge that, ultimately, a person’s continued existence is to be conditional on ‘useful functioning’.

And once that pathway of reasoning is entered upon, in the end (theoretically) none of us would be safe: The standard or criterion of ‘useful functioning’ could be made ever narrower – and anybody falling short, could have care cut back.

In other words, a person would be seen as no different from a replaceable spare part in a machine – with no consideration for human dignity or religious destiny.

Up to now, we have mainly associated the term ‘hospice’ with patients who have cancer. But medical consultants are warning that hospice-care is needed for patients in the last stage of several other illnesses: there is going to be a huge increase in demand.

The scarcity of hospice accommodation was most acutely felt in the United States during the onset of the AIDS epidemic. There – home of so many ground-breaking medical advances – there was little hospital space for sufferers who would just waste away over a long period.

In Britain, however, things were somewhat better: pioneering work on hospice-provision was already under way. And we can be proud that this was begun by Sisters Of Charity from Ireland.