The Avondhu Newspaper
Home Archive Memories from the Archives – October 2001 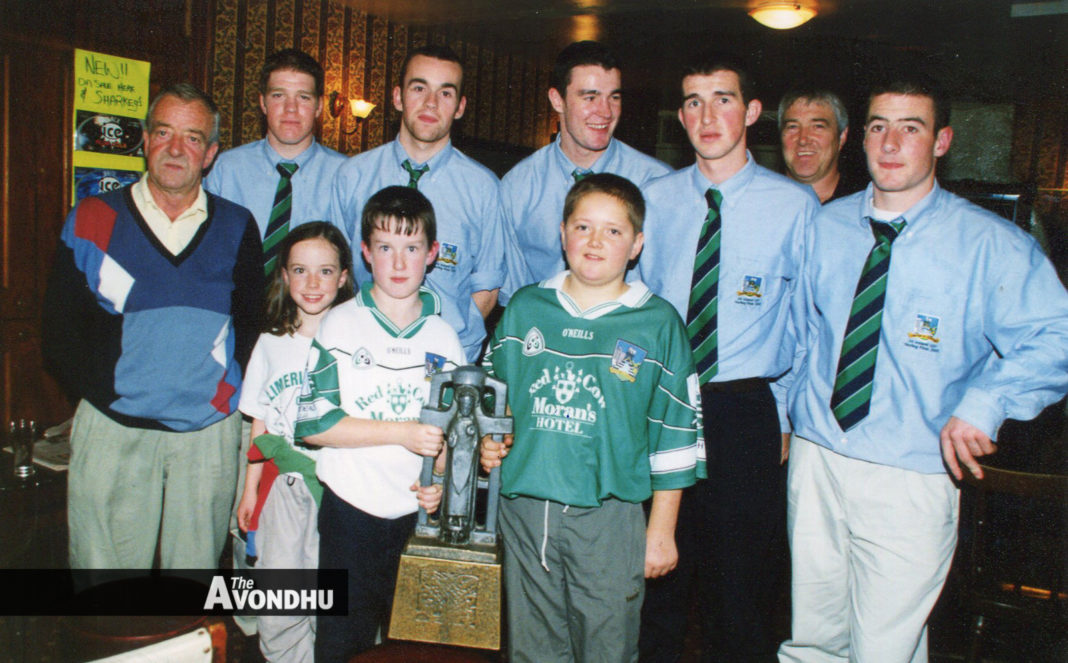 In October 2001, the residents of Glanworth gathered to express their ‘great anger’ with planned improvements in the village. The council were doing work outside the church that would lead to a reduction in car parking spaces. Glanworth was the third community in recent months to object to council plans, the others being Castlelyons and Clondulane. The county council said they had consulted with local groups before beginning. However, the community council said they had penned some amendments to the plans but ‘never heard a word back’.

Mitchelstown Credit Union’s new headquarters was due to open on Lower Cork Street. A new management team would also be in place to deal with the 14,800 members with their £50 million in savings. Meanwhile, rumours abounded that the Fermoy Garda Divisional HQ was to move from the town to Mallow, and the members of the UDC were following it up with the Minister for Justice.

A picture of ‘The Holy Show’, a band of priests who had performed a sell-out show in Conna Community Centre, featured on one of the front pages in October 2001. Staying with a religious theme, in Castlelyons, curate Fr Brian Boyle was to launch his book of spiritual poetry, ‘My Heart is Dreaming’ in Cobh. It had already been launched in Belfast, and was now on its second print run.

In Ballylanders, the State funeral of volunteer Patrick Maher was upcoming, 80 years after his execution in Dublin. Garda directions regarding traffic and road closures were issued with the warning that parking in Ballylanders was forbidden and cars would be towed away. John Gallahue, coordinator of the event, took umbrage with ‘Dublin based journalists who enjoy a high financial reward for demonising anyone who aspires to a United Independent Ireland’.

In 2001, the closed landfill at Ballyguyroe was costing almost £1 million to operate, and the assistant county manager said that this would be an ongoing charge.

In Limerick, there was a large and representative attendance at a meeting in Anglesborough to consider the Cable Car project. The next stage of the project was about to commence, giving the go-ahead for a feasibility study.

O’Donnell’s Spar in Ballylanders were the recipients of a 5 Star Award for excellence in hygiene and customer service. In TJ Goodtyme’s in Fermoy, Kevin Corcoran was about to take charge of the popular pub and was pictured pulling a pint to prove his hospitality skills.

In Clogheen, there was a large turnout at a public meeting to address social and economic problems in the town, while in Pike Road, Fermoy, funding was to be sought so that radiators could be installed in the bedrooms of homes by Cork County Council.

John Murphy of Fermoy was pictured with his brother Larry and Gay Byrne on the set of Who Wants to be a Millionaire? Unfortunately, he didn’t make it to the hot seat.

Castletownroche blood donor Patrick Clancy was honoured at the Irish Blood Transfusion Service donor awards in Rochestown, Cork, and Mitchelstown’s Eileen Rea and Diarmuid Coffey were pictured at the same event, as was Kildorrery’s Finbarr Dunne.

Bishop Murphy Memorial School in Fermoy congratulated ‘Superboy’ Ronan McCarthy, as his short story was aired on 103FM and the lucky child was brought to school in a 103FM jeep.

In entertainment, Brian Kennedy was confirmed to play a concert in The Firgrove Hotel, Mitchelstown, and Bridesbridge was to host its own ‘Octoberfest’ with Deuces Wild and Deep River Mud playing at Master McGrath’s in aid of the Castlelyons Youth and Sports Committee.

The North Cork Junior A Football Championship final would see Doneraile and Mitchelstown face-off as clubs finalised preparations. And finally, 15 ladies from Mitchelstown, Conna and Tallow raised £1,720 for the new natal unit at Erinville Hospital by participating in the Evening Echo Mini Marathon.

December 8, 2022 0
When faced with the option of giving up something for a year to keep their smartphone, 1 in 3 Irish people say they would...