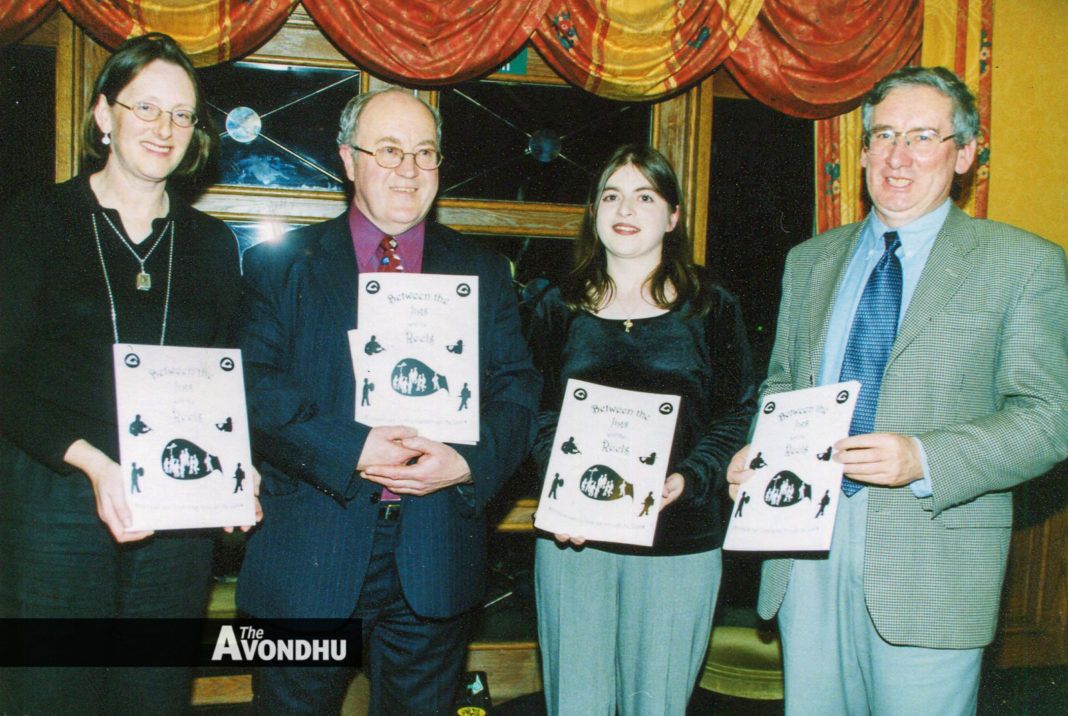 A major rat infestation was reported in Galbally, with at least one person needing medical treatment after being bitten. The sewer works at Park, were considered to be the cause of a major infestation.

The Tallow Urban Concern Association and the Tallow Traders Association called for the removal of the problematic planters and the end of right angle parking in the town, which they said were putting off investors and shoppers alike.

A front page story in The Avondhu 21 years ago reported that Mitchelstown was to take part in a ‘strategic retail study’, the aim of which was to develop a ‘growth plan’ for the town.

Tallow was hoping to re-entice Fermoy Fish proprietor, Dan O’Regan back to the town as the Cadena Cigar factory prepared to close its doors for the last time. Initial objections to the fish factory plans around smell and traffic, led to the council imposing planning restrictions, which meant the factory had planned to move to Ballincollig in Cork. However, locals in West Waterford were hoping for a u-turn and the removal of the planning restrictions.

Meanwhile, Leahy’s Open Farm were inviting kids to meet Santa, and view the live crib – back then, an uncontroversial novelty.

Speaking of controversy, tucked away on the back page of The Avondhu in November 2001 was the news that former Food Minister Ned O’Keeffe was the first TD to come before the newly-formed Public Offices Commission: ‘a piece of history Mr O’Keeffe would rather not be making’.

The Avondhu editorial 21 years ago celebrated the fact that 1,000 An Post offices would become agents for AIB, “an innovation that will greatly improve the quality of life for rural communities”.

While free Christmas parking was celebrated for Fermoy, paid parking at Mill Island was to come in for the first time in January 2002. A yearly disc would cost £100. Meanwhile, a second traffic warden was to be appointed to the town.

Over in Mitchelstown, there were new Christmas lights on Baldwin Street to the tune of €1,000, but the business association chair took the seasonal opportunity to say that the lights were ‘not solely the responsibility of the MBA and needed volunteers.

SuperValu Fermoy were selling Pongo Sticks, skateboards and Volcano Peace Lamps, each for £14.99, in an advert clearly targeted at their newly opened competitors, Lidl who had officially opened its doors the previous week.

The Carraig na bhFear community launched an ambitious fundraising drive for a multi-purpose hall at Scoil an Athar Tadhg, with cars, foreign holidays, electrical goods and cash up for grabs.

In brief – Celebrations were held to mark the 50th anniversary of the founding of the Mitchelstown Comhaltas group. A plaque was unveiled in Kilworth to mark local rowing star Gearoid Towey’s World rowing achievements. While 10 Araglin singers were preparing to record a 10-track CD under the supervision of John Joseph O’Donovan. A release date of March 2002 was predicted. Elsewhere, Balllygown NS ‘pleaded’ for a school extension for the 42-year old school, which was rapidly running out of space.

In entertainment, Tommy Sands was in concert in Kilworth, and Who Wants to be a Millionaire was down to eight finalists in Auntie Mae’s. Brian Kennedy was in The Firgrove, while several pubs had their Christmas 45 Drives advertised. A special feature advertised the Christmas season in South Tipperary, with a youth concert in Ballyporeen.

Clogheen Development Association were campaigning for an ATM, while construction at the Kilcoran Lodge Hotel’s ‘Shapes Leisure Centre’ was motoring on for a January 2002 opening date. In The Avondhu Bar, Mitchelstown’s Eric Nolan was crowned the winner of the Fermoy Song Contest, while Ber O’Regan from Watergrasshill came second and Ballindangan’s Maired Rea came third.

In sport, the Kilworth U21 hurlers looked ahead to their battle with Charleville in the ‘A’ final, while the Fermoy Tug-of-War team won silver at the National Indoor Championships. For the Ballyhooly Junior and Juvenile GAA team, the U16 footballers won the league final over Killavullen. In the same week the hurlers were pictured in black Mill Rovers jerseys after a clash of colours with Dromina.

Mike Jones of Galtee Gaels was pictured receiving the Leonard Cup, and also at home with the Railway Cup. In 2001 he had a raft of achievements under his belt, including being captain of both the South Limerick U17 Leonard Cup winning team, and the captain of the St Fanahan’s hurling and football teams.

Finally, Christmas was truly in the air as the small ads offered Christmas trees from £5, another advertised twenty geese (no details if you had to take them all), and yet another advert for turkeys that were ‘alive and oven ready’.