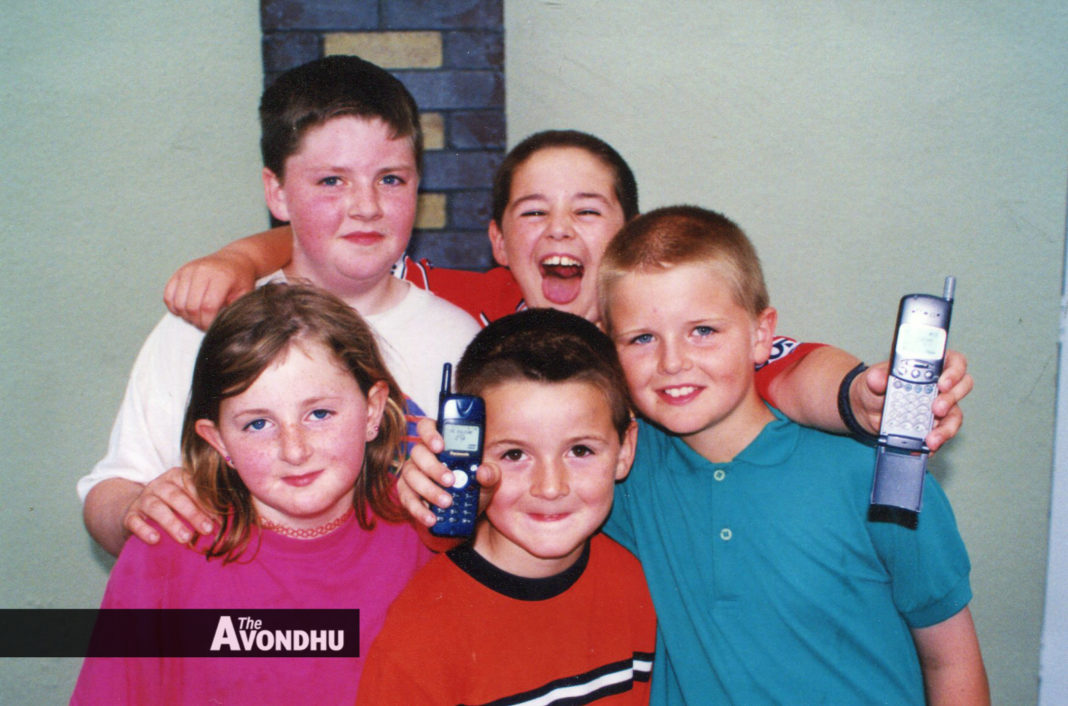 It was announced in 2001 that both Fermoy and Mitchelstown were to be official hosts for the Special Olympics; Fermoy would host 25 athletes from San Marino, while Mitchelstown would host a 20-strong team from Gabon.

Glenahulla NS children were pictured playing ‘in the mud’ at Gortroe as they awaited their new school. 65 children and five adult staff were sharing two outdoor toilets, and there was no refuse collection at their old facility. The former schoolhouse had been condemned in August 1999 and the students were now in portacabins.

Kilworth was due to hold a gala celebration for World rowing champion Gearóid Towey, where a bronze plaque would be unveiled at The Cross. The event was to be preceded by a short ecumenical service, and in attendance would be the President of the Irish Amateur Rowing Union, Mr Tom Hennessy.

The Fermoy Image Improvement Awards were set to be presented to 15 homeowners. Residents at St Joseph’s Square would be presented with a community award, as well as Market Place who were getting the award for ‘Best Commercial Area’.

Mitchelstown Comhaltas Ceoltóirí were to celebrate the 50th anniversary of their founding with a concert in The Firgrove and the launch of their magazine, ‘Between the jigs and the reels’.

An editorial in The Avondhu 21 years ago called for a mechanical streetsweeper for Mitchelstown, deploring the ‘daily mess’ on the streets of the town. Meanwhile, residents in Ballinwillin were worried about the lack of amenities in their area to cater for a proposed 42-house development.

Over in Fermoy, Uplands residents rejoiced as work commenced on a new wall to separate their estate from a new adjoining estate. It would “preserve the identities of both estates”.

In the letters page to The Avondhu, Principal of Kilworth National School Eileen O’Keeffe complained that the newspaper had misspelled a word in an advert she had placed for a vacancy. The paper had misspelled ‘principal’ as ‘principle’, and were scolded by Ms O’Keeffe to ‘wach dose spellings’.

The Mitchelstown Business Association were calling for volunteers to help put up the Christmas lights, and annual subscriptions of €100 were due. Interestingly, this was one the first mentions of a price advertised in the new euro currency in the pages of The Avondhu.

Three planning applications had been lodged for Castlehyde: proposed works would involve demolition of the front gate lodge to build a new one, to replace the steps to the mansion, and development of a garden storage unit.

Former Mitchelstown Irish cycling champion John Condon passed away in 2001 in Brighouse in Yorkshire, England. In 2001, his 1936 record for the St Patrick’s Hill climb in Cork still stood.

In farming, the sugar factory dispute was ongoing with chair of the Cork East Fine Gael, Eamonn Quane severely critical of the government, stating: “the Taoiseach and his Minister of Agriculture whom seem happy to let workers and farmers swing in the wind while Greencore hang tough.” Elsewhere in newspaper, campaigners pointed to the company’s 18% profit margin, compared to Dairygold’s 3%. In Glanworth, nine Dairygold reps ‘stormed’ out of a meeting when asked about the proposed closures of the branches in the villages of Glanworth, Kildorrery and Ballyhooly. The company refused to comment to The Avondhu.

Basher Bacon was due to visit Lismore Heritage Centre, while ‘The Riordans’ star Biddy White Lennon and Irish football legend Paul McGrath were pictured visiting The Fish Market in Fermoy.

Cork County Council were to start legal proceedings against an individual accused of operating an illegal water facility in Araglin, in the company name of Greenfields Environmental Facility.

Elsewhere, bottlebanks were secured for Ballyhooly and Glanworth.

A picture in The Avondhu was indicative of the times, as five Ballynoe children – David Dorgan, Padraig Wade, Denise Dorgan, and Michael and Seamus Wade, were pictured beaming with their new mobile phones, one of which was a flip-phone. Another article celebrated the ‘multicultural feel’ of a Mitchelstown montessori that had students from three countries outside of Ireland; America, China and France.

A proposal was made for a second bridge for Fermoy to join Pike Road across the river to Mill Road, which would, it was claimed, cost £7 million and be an investment into Fermoy.

In Kilworth, the 1961 team were honoured at a social where 170 people gathered – some members had not seen each other in 30 years.

Finally, in November 2001 the boys in Ballyhooly were victorious in the delayed 2000 Division 2 HL final over Killavullen 2-15 to 1-5.