The Avondhu Newspaper
Home Archive Memories from the Archives – January 2002 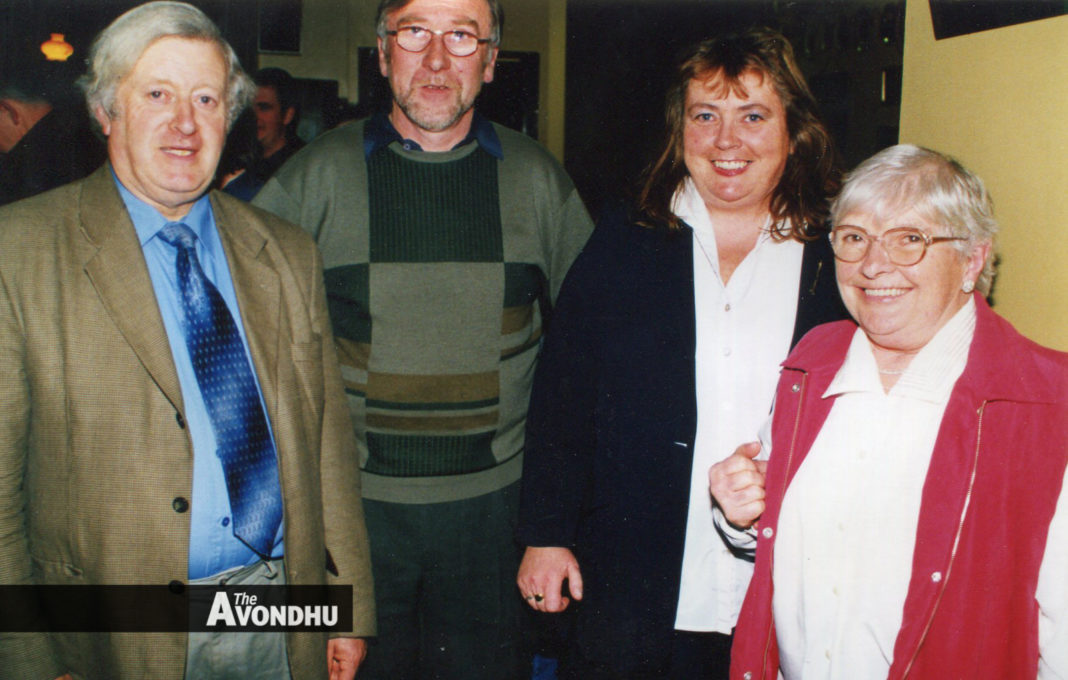 Early January 2002 brought news of the new euro currency, at a rate of €1.27 versus the Irish punt. A front page photo in The Avondhu had Theresa Flynn and Paul Barry at The Banks Bar in Fermoy flashing cash from the new currency. The accompanying article heralded a different time and attitude to shopping, mentioning that “Shops and supermarkets may have been closed on New Year’s Day…”

A two-page newspaper spread showed locals displaying their new notes with queues at Bank of Ireland, Mitchelstown as people settled their curiosity. One article explained the different notes and denominations, as well as the fact that the currency could be interchanged with euro from any of the other 11 participating countries.

Another big change was on the cards for Lismore and Fermoy, as both attained Town Council status. At the same time, Cork Corporation became Cork City Council. In terms of commerce, the towns of Fermoy and Mitchelstown reported one of their best Christmases ever in 2001, with the shop local message getting through and free parking in Fermoy adding to the boon.

In the Lost and Found, a box full of computer discs was found by Fermoy mart, while in Conna the Knockmourne Cemetery records were to be reconstructed by Cork County Council after the original records were lost.

Kildorrery’s Pat Nolan was in the finals of the ‘Nicorette Stop Smoking Achievement Awards’. He had been smoking for 42 years, and at his height made his way through 80 Silk Cut Purple a day. An avid player of 45, the introduction of a ‘No Smoking’ zone in The Hazel Tree meant it had to be one or the other.

In brief – A stern warning on the front page, that driving with a mobile phone would soon be illegal. Two separate news articles referenced the ‘end’ of the Celtic Tiger era. ‘Lord of the Rings’ was in the cinema in Fermoy, and All-Ireland accordion champion Owen Condon was in the Village Arts Theatre, Kilworth. The Southern Health Board issued a warning on the back of a low uptake of the Meningitis C vaccine.

In Mitchelstown, the Uptown Bar-B-Q closed its doors after 40 years as Patricia and Pakie Myles retired. Over in Fermoy, it was the end of an era too as barber Tommy Baker hung up his scissors, also after 40 years.

New footpaths were laid in the park in Fermoy and in Mitchelstown, the purchase of Forrest Hall was finalised but concern raised that there would be no money for a library until 2003. Elsewhere, Sunnyside Fruit Farm in Rathcormac advised all its young labourers that there were still uncollected wages from the previous summer’s picking, which would go to charity if not claimed.

A letter in The Avondhu raised concerns about the potential hazards of a cycle lane to Stag Park in Mitchelstown, as it could attract “cyclists from the town who could use it as a race track”. Another letter from Mitchelstown Day Care Centre saw the author praise T.O. Flynn, “a nicer gentleman I have yet to meet. He is forever thinking of ways of helping. He has boundless energy and a kind word for everyone”. While another scribe found faults with a contribution from Jim Bartley, a piece he had written on Old Fermoy.

In sport – The Fermoy Tug-of-War team finished 2001 on a high with a silver medal haul at the National Indoor finals, while in Galbally, there was a presentation to Irish rugby international Jeremy Staunton.

The Liam MacCarthy Cup made its way from Tipperary to Sheahan’s in Kildorrery, along with the quartet of Tipp players with local connections: Lar Corbett, Donacha Fahey, and brothers Eddie and Johnny Enright. Meanwhile, in Glanworth, John Mortell was pictured with a fine 9lb cod he caught in Ballycotton.

Finally, the St Catherine’s Juvenile boys were honoured in Conna Community Centre following their successful year, having contested five finals. In attendance was Mike Fitzgerald, the U21 Cork hurler was also the club’s first international player, playing shinty for Ireland against Scotland.