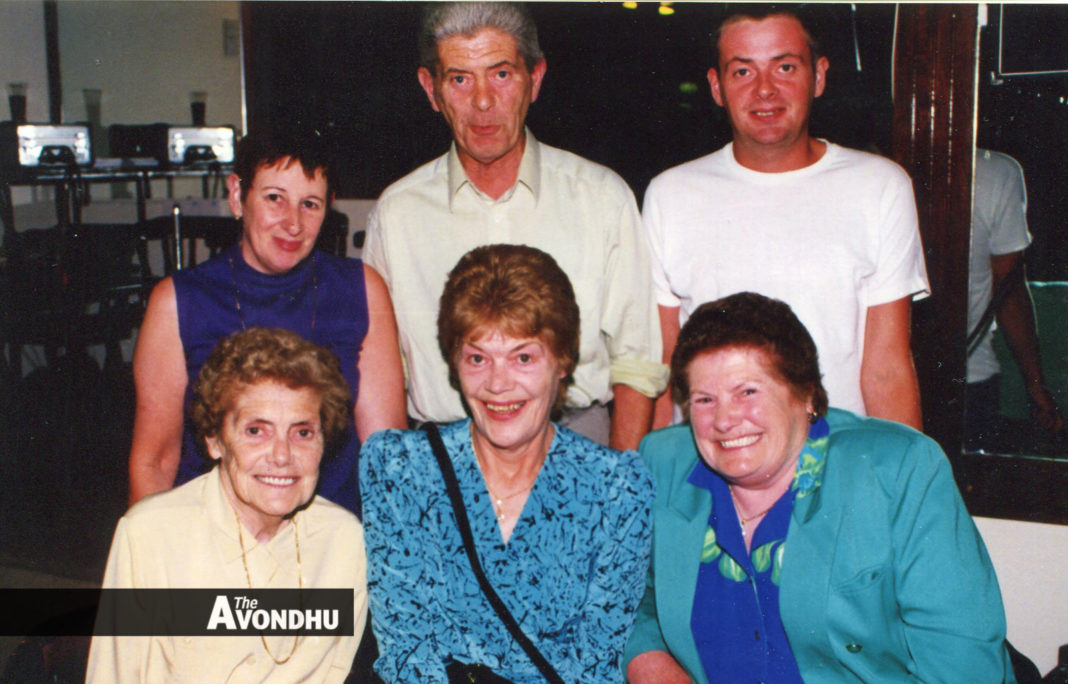 One front page of The Avondhu 21 years ago carried the news that Fermoy rower Gearóid Towey would be competing in the pairs final of the World Rowing Championships in Lucerne, Switzerland. The Kilworth native had already scooped gold and silver medals in the World Cup regatta, treble gold in the Australian Championships, as well as three Irish titles. He would be rowing with Roscommon’s Tony O’Connor.

Meanwhile, Mitchelstown had gold-medal winners on their hands in the chess team of William Sherlock, Patrick Hanley, William O’Brien, Stephen Maher and Darren Lynch. The boys took the honours at the National Community Games Finals in Mosney. Elsewhere in the town, Mitchelstown Scouts were destined for the All-Ireland of Scout Craft competition, the Melvin Cup.

A £50,000 feasibility study grant was made available to see if Glanworth could get a second bridge crossing, while in the same village Jim Kiely Motors announced the closure of their business. Shanballymore native Tony Buckley made the same decision, as he got out of the fruit and veg game and was selling ‘T&M Buckley Fruit and Veg’ to Caherdrinna’s Thomas Shanahan.

Restoration work was ongoing in Kingston College to the tune of £1 million, but additional funding of £4 million was now being sought to completely restore the college. In Cappoquin, Salterbridge Lodge had been restored from its ruinous state in less than 12 months by architect Gráinne Shaffey, the building having been adopted by The Irish Landmark Trust.

The Ballyduff Gala Festival was approaching, featuring a barbeque, teenage disco and cookery demonstration, as well as the All-Ireland Macra Tug-of-War finals. Ten girls were vying for the title of Harvest Festival Queen, with 2000’s winner Noreen O’Donovan pictured with the 2001 escorts. The Tallow Welcome Home Festival was also scheduled, with a VW Beetle Show making its way along the Vee. All dances had bar extensions for the festival line-up, and there was something on every evening for the ten-day festival, which would immediately be followed by the arrivals for the annual horse fair.

Elsewhere, the Booley House Ballyduff was set to be a “household name” in Japan, allegedly, after an independent TV company screened a fifteen minute documentary using footage filmed there.

Work began on a sheltered housing project in Conna of 18 houses, while Rathcormac played host to 11 international volunteers who restored pathways in the graveyard as part of the ‘Year of the Volunteer’.

SCI and FCI assuaged fears of job losses in Fermoy, after GSI had pulled out of Macroom. While management said you could never give a cast-iron guarantee, they were satisfied with the company’s performance in the marketplace.

In Mitchelstown, a memorial was planned to the memory of Christian Brother Diarmaid O’Brien, who had passed away the previous April.

Holy Cross was to welcome 76 year old Fr Jim Butler on his electric bike, who was cycling there from Dublin to raise money for the Irish Oblate Fathers working in the slums of Rio de Janeiro.

Election fever was starting, as Fianna Fáil rallied their troops with a fundraiser in The Fisherman’s Rest in Conna, with “anyone who is anyone in the Fianna Fáil family” present.

The IFA were to implement a three-year equality programme to  increase the participation of women in decision-making within the association. Of the 600 people making decisions, they estimated just 9% were women.

Lismore was to be visited by Ireland’s only travelling cinema. The air-conditioned 100 seater mobile cinema was quoted as being one of the National Millennium Committee’s most adventurous initiatives.

In Kilworth, Eleanor McEvoy was due to take to the stage in The Village Arts Centre with tickets from just £7, as would Bob The Builder for £3 per child, and £4 for adults.

An auction of the contents of the Brackbawn estate of Alan and Dorothy Chorney was announced with up to 1,000 lots, including a Waterford Crystal cut chandelier, oil paintings, and a 162 piece Spode dinner service.

Digifone and the IFA advertised that they would team up to offer farmers a deal on mobile phone bills, while a double spread advertised the offerings of Kearney Catering of Tallow, who were opening and operating a new canteen and dining area for staff and students of St Colman’s College in Fermoy.

In Doneraile, there was to be an interchurch ‘Foot and Mouth’ Thanksgiving service in Doneraile Park, only moving to the church if the weather proved inhospitable.

Finally, a Fermoy councillor and ‘prominent environmentalist’ John Murphy, added his support to the ‘Bag for Life’ campaign. He said it would be his earnest hope that “as many people as possible get behind this campaign”.